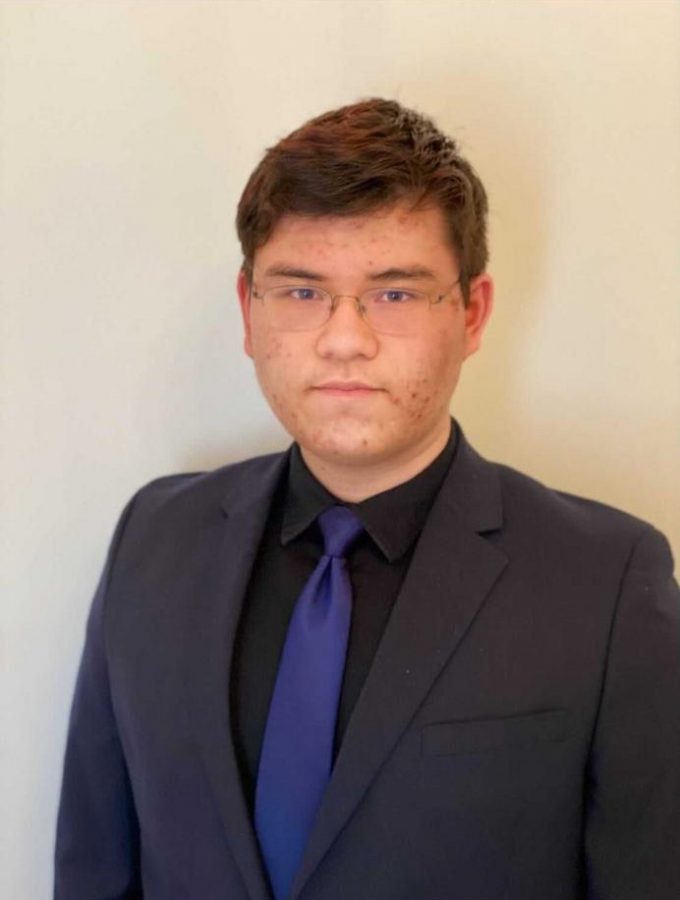 As early as 5 a.m., junior Jack Wong finishes his breakfast before going to his room to prepare for the day. Afterwards, he begins an hour-long routine of picking out what he will be wearing that day. Everything is laid out — pants, shirts, and jackets. But the cherry on top? Lined up in his closet and sorted by color and fabric are over 20 different ties.

Picking out and finding the right combination of clothes might seem like an insignificant part of some peoples’ mornings, but Wong describes it as the absolute most crucial part of his entire day.

While many people’s knowledge of ties might only extend as far as clip-on ties or last-minute YouTube tutorials before a dance, this junior is different. Wong has been tying different ties for over four years and knows over 26 knots for any and every occasion. Over the years, he has taken a great interest in their style, and built up a desire to share his hobby of ties and knots with others. While his hobby for teaching classmates about ties has been halted by COVID-19 and distance learning, he looks forward to the time when he can go back to school to show off his skills and extensive range of ties to his peers.

Wong’s interest in ties dates back to eighth grade, when he watched a video on the many variations of ties. He began to actively show up to school sporting one despite his school not having any dress code whatsoever. After winning best dressed in the yearbook, he decided to stick with it going into high school.

During his freshman year at Lowell, Wong decided to up his game. He previously had only owned a few ties and knew how to tie even fewer knots.  “At first, I only knew the easiest ones, the four-in-hand and the half-windsor, but I was making progress,” Wong explained. However, this all changed when Wong received what he calls one of his favorite books: How to Tie a Tie, which opened a whole new realm of possibilities for Wong. He was intrigued by the variety and how complicated they could be. “I took the book, and I learned a new one every day,” he said. “Every day, I would just go home and start practicing.” Over time, he saved money for more ties, and progressed to tying more and more complex knots.

While some people would be scared to wear such unorthodox attire, Wong wasn’t afraid to try something different. In response to a question regarding his self-esteem and how it would be affected, Wong explained that he doesn’t worry about how other people would react. “I kind of knew that there would be nobody else doing it, so there was this presence of pressure and standing out,” Wong said. “But at the same time, this was my thing and I was going to do it no matter how people reacted.”

Wong is very proud of the time he takes to look his best. For him, a tie is a symbol for doneness and discipline, so putting one on should not be a last-minute affair. He believes that clip-on ties are the absolute worst in this regard. “If you wear a clip-on, it’s like you didn’t put enough effort into how you present yourself,” Wong said. “A clip-on is like a cheap knock-off.” On the contrary, hand-tied ties require significantly more commitment. . “When I first did it, of course I was going to get it wrong,” Wong said. “But over time, I practiced everyday and wouldn’t give up until it was absolutely perfect.”

As opposed to interests in video games or sports, there aren’t many at Lowell that can relate to or support Wong directly. He acknowledged that although he’s essentially alone in his craft, it doesn’t matter at all to him. Due to this, as well as the many peers Wong’s encountered at Lowell, nearly everyone sees and knows him as the “guy with the tie”. Wong fully embraces this, explaining that nowadays, it’s become the norm and more people treat him as if he didn’t have a tie on at all. “At first, everyone was just confused,” he said. “But now, the overall feeling has a ‘not my style, but I respect it’ vibe to it.”

Wong said that his situation only makes him more unique, and that it’s given rise to some great conversations. “When somebody wants to come up to me and ask how I tied some specific knot, my first response is that I could teach them,” Wong said. “I like to assume that some students that have come up to me go home and ask their parents to help them tie a tie for the first time.”

At the end of day, Wong wears ties for himself, and above all else seeks to share his experiences with fellow Lowellites. “Regardless if ties aren’t considered fashionable anymore, I’m doing this for fun and you should try it too,” Wong said. “You just might like it as much as I do.”