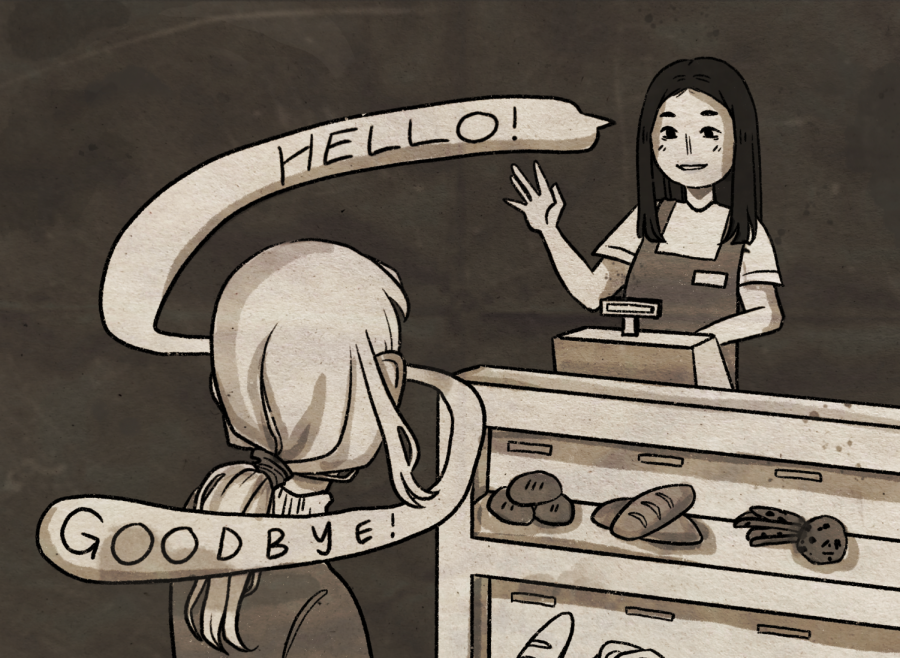 Sometimes there is absolutely no danger in talking to strangers

When I was young, there was one phrase I remember my mom drilling into my head: “stranger danger.” It was short, simple, and it even rhymed. As a toddler, meeting new people was all I wanted to do, but as I grew older, I started making a conscious decision to steer clear of strangers. Fast forward to today, and I can’t help but wonder if that lesson instilled in me contributed to my long-standing fear of getting to know new people.

Of course, it’s really not bad advice for five-year-olds. I’m not encouraging young children to follow strange figures offering candy, or strangers gesturing from suspicious white vans. However, as we get older, our judgement gets better; the only thing stopping us from talking regularly to people we encounter every day is because no one else does it.

“Stranger” is a strange word. Does it invoke fear in you? Suspicion? Curiosity? To me, it was a word that had always been associated with distrust and a cautious wariness, until my perspective was completely turned around. I remember it happened about four years ago, when I attended this camp led by an outgoing, pretty eccentric counselor who loved meditation and nature. She hated the word “stranger”; I can vividly remember her exclaiming during icebreakers, “Do you want your life to be full of missed opportunities?” She was adamant in making us all realize that our classmates were once strangers, our cousins were once strangers, our closest friends were once strangers. It was human nature, something intrinsic inside of us, that compelled us to form bonds with each other. Something she often said was, “We all start as strangers!” Eleven-year-old me couldn’t come to terms with this revelation; how could it be true, when I had been living life differently?

I think that’s partly why, over the summer of 2020, I started working as a cashier at a café. It meant I had to communicate with all different kinds of people, as it was part of the job. Baby steps, I told myself; making small talk with strangers wasn’t anything groundbreaking, but it was a start. I met moms and their kids, suited employees getting coffee, couples snacking after runs. Most of our exchanges were polite and civil, as most are, but nothing more. I found myself realizing that mundane greetings and farewells held no meaning; they were just empty words, spoken into existence for the sake of courtesy and politeness. No one really saw or acknowledged each other as individuals with their own experiences and stories and lessons; everyone was brushing past each other in a hurry to return to people they felt safe and familiar around, without paying attention to what was happening outside of their circle. This was how we lived, I told myself. It was safe, comfortable, and what we were used to.

Then, I kept thinking. When did the concept of compassion and communication become a chore? When did I start viewing it as taboo to strike up meaningful conversations just for the sake of interaction? Whether it was on a bus or at a grocery store, I noticed that most conversations between strangers were strictly limited to a few words. There was this unspoken barrier most of us couldn’t seem to get over, like we were all stranded on some inaccessible, lonely islands, surrounded by a handful of people we kept closest. I was afraid that in choosing silence again and again, I’d be missing out on unmade friends and unearthed opportunities and undiscovered lessons.

Two years ago, on a plane, I sat next to a woman who was spending her vacation in Korea. One thing stuck out to me, and it wasn’t her brilliantly red hair. It was how authentic she was. It was jarring, how her openness allowed for her to get to know me, and vice versa; it was easy to warm up to her, and I found myself naturally talking more and more. As I listened to her story about the last time she had visited Busan, I realized I wanted to be that person, the one who wasn’t afraid to speak first. The only thing in my way was myself.

So I started making a conscious effort to talk and listen to people at work. It wasn’t easy; years of keeping to myself around strangers had left a lasting imprint on me. It was easier to start with little interactions: not just mundane, meaningless ‘excuse me’s and ‘sorry’s, but not Forrest Gump-esque monologues, either. Sometimes, it was as simple as complimenting someone. It surprised me, how much I learned: I discovered that the guy who came in for a drip coffee every day was a Raptors fan (we mourned the DeRozan trade together). The couple who came in, paid for five cakes, and told us to give them away did that every year on their son’s birthday, ever since he passed away. Through them, I saw it was okay to talk about loss, instead of bottling it up and letting it eat at you. It was eye-opening, that simple conversations could give me glimpses into strangers’ triumphs, their struggles, and their lessons I could learn from.

If I learned anything from that job, it was that humans are social creatures; we function best when communicating and listening to one another. I realized that when I avoided strangers, it became easier to avoid the things we had in common, the traits that made us all human. Every time I instinctively went on my phone while sitting next to someone on the bus or waiting in line for something, I became indifferent; it didn’t allow for me to absorb new perspectives. After all, how could I grow and learn if the only people I talked to were the same familiar voices I heard every day? It was like traveling the same route every day; it becomes routine, and you eventually stop noticing the different signs and roads. Maybe another road has a more scenic view, or different path could lead you to your new favorite cafe. Going out of your way to take that different route to somewhere new, and to start that conversation, can be that step that opens your eyes to so much you haven’t been seeing – or hearing – before. Sometimes there is absolutely no danger in talking to strangers.