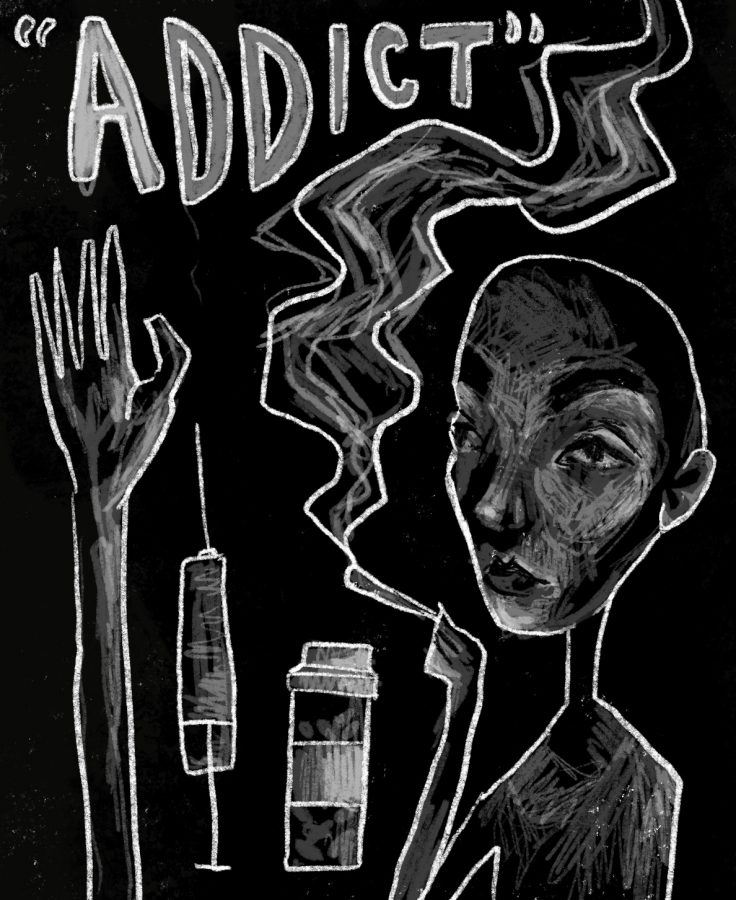 This past year, 699 people died of drug overdoses in San Francisco. This number has risen by more than 50 percent since 2019 and is almost four times the city’s number of COVID-19 related deaths.

And yet, while deaths rose, access to necessary support languished as San Francisco focused on the pandemic, leaving at-risk individuals to fend for themselves.

The prejudice that surrounds drug use has resulted in limited treatment options and endangered users’ lives. What has happened to them during the pandemic is only the most drastic example. In order to start saving drug users’ lives, we must begin to think of them in a more humane light. By condemning users, we depersonalize them and bring the conversation away from lack of assistance available. This change can only begin with changing our mindsets as the city’s youth — the ones who will have the power to create policy change in the future.

We must acknowledge that drug addiction is common. Students may know someone in their family, community, or neighborhood who uses, or used to use, drugs. Personally, my mother’s cousin has been in and out of rehab for heroin use my entire life. I’ve seen the failure of current drug use treatment, and no one nor any families should have to deal with that letdown. Luckily, she’s still alive, but there are many families who don’t have that privilege.

After we acknowledge this problem, we must actively work to correct our own unconscious prejudices. Most Americans are suspicious of drug users. Scientists worry that the fear of users limits medical treatment and ostracizes them. In a survey by the Associated Press-National Opinion Research Center, a social science research center, a majority of Americans do not support over-the-counter access to Narcan, a life saving medication which reverses drug overdoses. This is due to fear that over-the-counter access will encourage the use of illegal drugs. Some time ago we as a society decided that drug use is deplorable and people who use deserve what they get.

People are treating drug use as a choice, something a person can stop overnight or with enough willpower, instead of a disease. In their minds, the user had to make a conscious choice to begin using, to continue, and to not quit. Instead of choosing the long-term benefit of sobriety, they chose the short term gratification of drug highs. Scientists have tied these beliefs to harmful rehabilitation practices that are ineffective and ignore the effects of opioids on people’s brains.

Just as with any other illnesses or disease, the patient is not the one to blame. Opioids change the chemical makeup of your brain through blocking any pain signals sent from the brain and releasing dopamine. This inhibits the normal function of opioid receptors, making users reliant on the drug to receive dopamine. These chemical changes make drug use a mental health issue, yet we are not treating it as one.

Methadone is a prescription opioid treatment that treats addiction as it is: not a conscious choice but a mental health issue. However, prejudice limits access. Many in the medical community see it as a replacement addiction. It has been highly regulated since the Nixon administration’s War on Drugs and is still tightly controlled by the Food and Drug Administration due to beliefs that its use needs direct federal control and poses a risk to drug users. People seeking treatment have to show up at special clinics every day while under professional scrutiny. Still, methadone treatment can cut mortality rates in half. By fostering a culture that supports such treatment we can save even more lives.

Going forward we need to see drug addicts as people who are dealing with a disease that has altered their brain and that they need help with. We, students, need to take this first step in changing the conversation around opioid use. When this crisis grows it is not a reflection on the victims, but on us as a society. What did we do to let it get this bad?