A look into pre-college programs 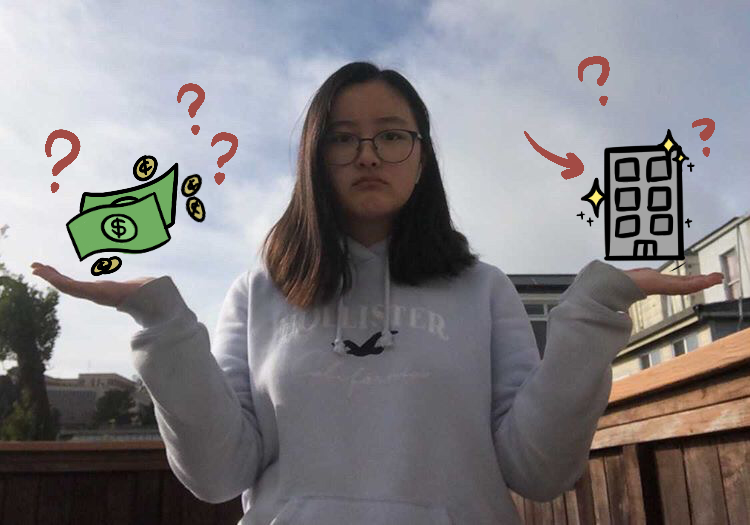 Have you ever received a fancy embossed letter from an official-sounding organization praising your academic achievement and inviting you to a conference hosted at an elite university ⁠— a letter that seemed like a once-in-a-lifetime opportunity? With pre-college programs like the National Academy of Future Physicians, the National Student Leadership Conference (NSLC) and the National Society for (High School Scholars (NSHSS) marketing to millions of students across the country, there are few high schoolers who have never received mail from one of these names. Every year, student mailboxes and emails fill up with marketing for pre-college programs ranging from scholarship opportunities, to paid honor society memberships, to conferences lasting anywhere from a few days to five weeks. Each letter or email received promises a different experience and differing benefits, including everything from guest lectures, to college credit, to career assistance. Letter invitations may also list student academic performance as the reason why they have been chosen to receive marketing, and are often followed-up by multiple emails. Costs for these programs range from just under $100 to several thousand dollars. According to the New York Times, these programs are categorized as pay-to-play, are separate from programs offered by colleges and universities in that they are run by a third party organization, and compile their mailing lists from program alumni recommendations or the College Board.

Despite most students having heard of these programs, opinion on them is divided. Many students and parents are drawn in by the idea that attendance or membership in these programs will be a plus in the college admissions process. Others write these programs off as scams after taking a look at the tuition fees. Still others fall somewhere in the middle, perhaps wanting the extra experience to supplement a college application but wary about the cost.

In this infographic feature, we have compiled data on student opinion on pre-college programs based on interviews and a survey conducted by The Lowell, and compared it side by side to what education and college counseling experts have to say.

According to Denise Clark Pope, a senior lecturer at Stanford’s School of Education, the marketing used by the pre-college programs can convince parents and students that there are college admission advantages to be gained by attending these programs, even though it’s impossible to guarantee those advantages. Using wording like “the NSLC seeks outstanding students from around the world who demonstrate academic excellence”, implies that students receiving NSLC letters, which they call nominations, were chosen for a selective program, though nowhere on the program’s website are academic requirements explicitly listed or the competitive nature of the competition outright stated. “I think what it’s doing is sending, whether they mean this or not…a sort of false narrative that [recipients] have sort of won something,” Pope said.

Pope reminds students and their families that attendance of these programs does not guarantee anything in terms of college applications. “There are people out there who might think this might be a chance for me to get my kid into x, y, z college and that is not the case,” she said. “[Your application] has to be authentic; it has to be legit; [you can’t simply attend] because it looks good on your resume. Colleges can [often] see right through that.”

In the experience of Lowell college counselor Maria Aguirre, colleges know that these programs show more of a student’s financial means than their academic achievements. For students who see programs like the NSLC as giving them a “leg up” in the application process, she reminds them that is false. In Aguirre’s experience, attending these programs mainly shows you can afford it. “It’s a little too easy to just write a check and be shipped out to this university for six weeks. Everything’s kind of just handed to you,” she said.

David Lowitz, the NSLC’s Director of Operations, did not offer comment on whether he thought their marketing strategies were misleading or not, but he did say that their range of packages — which range from 2,995 to 5,795 dollars and last from 6 to 18 days long — nonetheless have benefits; students attending the NSLC apply for a specific field of study and attend a conference about it at a college campus. “Our program exposes students to hands-on experiences that many would not have in their regular school environment,” Lowitz said. Lowitz confirmed that their program alone will not get students into their top school.

Junior Fiona Morgan received her letter from the National Academy after freshman year and was excited by the offer. The letter had said that attendance would “enhance [her] academic profile and distinguish [her] as one of our most promising future leaders of medicine.” Morgan, who is planning on studying kinesiology in college, was hoping the National Academy would help her stand out against other college applicants and gain scholarships. “Of course I want to look good to colleges and get scholarships and get accepted,” she said.

After a few Google searches, though, she saw poor reviews and high prices and lost her intent to attend. According to Morgan, these reviews described that the National Academy took students’ money and that their program was not beneficial to attendees and didn’t provide everything promised. The specific conference she had been invited to was three days long and cost 2,085 dollars.

Following her research, she was disappointed that the praise of being “one of our most promising future leaders of medicine” included in the letter was most likely only a sales pitch but still couldn’t fully shake her initial excitement. If the prices were lower, she thinks she would have attended. She didn’t have much of an issue with the content and guest lectures offered as part of the conference and thought it would have been worth it if only the price were lower.

With price tags upwards of $5,000 dollars, and financial aid usually falling around a couple hundred dollars, pre-college programs are not cheap by most students’ standards. According to Aguirre, these programs often entice students who may not have the financial means to easily cover the cost of attendance, relying on the stress and competition surrounding college admissions.

The narrative sold by these programs has caused families to stretch their bank accounts in order to have their children attend, according to Aguirre, who has personally seen families sacrifice a lot to get their students to attend. The prices aren’t high enough that with the limited financial aid of 250 to 750 dollars per student, the programs would be unaffordable. Thus, pre-college programs are not out of the range of possibility for most families and can draw in those who believe it will ultimately get their child into a good school but for whom it will also cause financial stress.

Aguirre recommends that students like Morgan who don’t wish to pay the high costs of pre-college programs do their own research to find alternative programs. “There are a lot of opportunities for students to have similar experiences that don’t cost that much and some of them could be a little bit more selective,” she said. “So I tell students, [before] you submit an application, do the research to find [similar] programs that are in the city.” According to Aguirre many of these cheaper opportunities might look better than programs like NSLC or NSHSS because most are more selective.

Junior Claire Tao received an acceptance letter to the NSHSS along with a barrage of emails for the society, and was turned off by the idea of attending the moment she realized they were asking for money in exchange for membership and scholarship opportunities. Tao did not feel it was worth paying money for just scholarship opportunities. She’s repulsed by the idea of paying for something just to put on her college applications. “Colleges are probably less likely to really feel like you deserve to, or that it’s honorable to, be part of that society [that] you’re paying money to be a part of,” she said. Tao never felt a desire to attend, but she found the marketing to be very convincing. “I feel like with all of the emails that they send, they try to make it sound like you’ve been accepted into something that’s really high and honorable,” she said. The way that they give the invitation is very, I guess I’d say, inviting, to high school students, because it looks kind of fancy…The way they market is very smart in terms of trying to get high schoolers to sign up.”

Especially in a competitive school culture like Lowell, Tao feels it’s easy to be swayed by programs, or societies that market themselves as a plus on college applications despite no guaranteed benefits. With students doing multiple sports, extracurriculars, and more, all to craft the perfect college resume, pressure can cause them to buy into an official-looking document and some well placed flattery. “There’s a huge pressure [on us] to keep on doing more and more things that sound fancy [which makes these programs] appeal to students like us,” Tao said. She worries students might read the solicitations, think they sound credible, and apply just to improve their chances at getting into a top ranked or Ivy-league school. “It’s really easy for [Lowell students] to fall into those kinds of traps that for-profit organizations are trying to set for us,” she said.

Although they agree with the portion of Lowell students that, like Tao, both received marketing and chose not to attend on the fact that these programs are not always worth it because there are no guaranteed benefits, Pope and Aguirre do believe the programs can be beneficial if approached in the right way.

For one, underneath the high costs, programs like NSLC, NSHSS and the National Academy, expose students to environments similar to the college experience, according to Pope. She believes these experiences can be valuable as long as they’re not treated as golden tickets to top colleges. “[There are] benefits to the skills learned [at pre-college programs],” Pope said. “There could be benefits to meeting other people. And there’s just the benefit of going away for a few days or a week for kids who haven’t done that before. There’s independence in that.” Aguirre also finds that sometimes these programs can be great opportunities for students and a chance to get a taste of the college experience as a high school student.

If students do want to attend one of the many programs out on the market, Aguirre recommends using whatever they learn there to improve their communities at home. Instead of treating it as a one-time expensive trip or college tour, students should apply the program experience and do something akin to starting a nonprofit or taking up a leadership position at school. “I would say to students who are thinking of spending that kind of money: know that it’s only gonna really be a highlight in your application if you show that you learned or did something with it,” she said.

“Whatever you do, you need to do your homework before you give any money over to anybody,” Pope said. She recommends checking the Better Business Bureau, Charity Navigator, or calling the host university to see if they have a connection with the program. “I mean that’s a lesson we all want our children to know; do your homework and see where that money is going.”