Sex Education shows us what genuine representation looks like 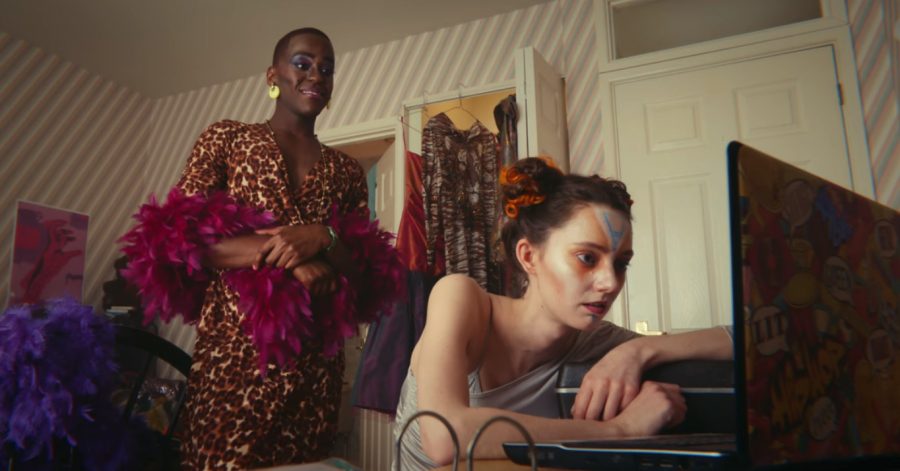 When my friend told me to watch Sex Education, I was expecting it to be sterile and boring, like a school sex education class. But two episodes in, I found myself thoroughly entertained. I watched a lesbian couple fix their sex life problems by scissoring in a pool, a boy raised in a toxically masculine environment confront his bisexuality, and a girl drawing sci-fi sex cartoons to disguise her fear of having sex for the first time. This is what Sex Education, a Netflix original TV show, does best: it unabashedly represents a variety of experiences and identities, which helps thousands of viewers feel seen and important.

Though Sex Education is impressive in many ways, what truly sets it apart is its groundbreaking character diversity. Media has often focused on racial diversity, which Sex Education has in abundance. However, this show’s characters are also diverse in other ways, including their sexualities, disabilities, and socio-economic statuses. For example, one highschooler lives independently in a trailer park and lacks financial stability and a character in a wheelchair plays a crucial part in a storyline in Season 2.
Note: the rest of this review contains light spoilers.

Unsurprisingly for a show centered around sex, the diversity of sexualities represented is where the show really shines. In addition to portraying lesbian, pansexual, and bisexual characters, lesser known sexualities like asexuality are depicted. One character, Florence, doesn’t experience any sexual desire, and feels broken because all her peers seem to be obsessed with sex. While searching for assurance that her sexual preference is “normal,” she talks to someone who tells her, “Sex doesn’t make us whole, so how could you ever be broken?” Florence learns about asexuality and is reassured that having a sexual preference different from the majority isn’t wrong in any way. Hearing that message would make any person questioning their sexuality feel valid—a key reason why on-screen representation is so important.

However, diversity isn’t genuine if it’s just tokenization. Sex Education avoids this pitfall by exploring its marginalized characters’ struggles while not making their identities the focal point of their story. Eric, who is gay, Black, and the main character’s best friend, could’ve been lazily written to perpetuate the “gay best friend” trope. Instead, his identities and his personality beyond them are depicted with thought and care. Eric balances a love triangle and pines over someone who isn’t ready to express their sexuality openly. He grapples with reconciling his queerness and religious faith, both of which are fiercely important to him. Through these experiences, Eric’s joyfulness and loyalty shine through, making him a charismatic character.

In addition to developing Eric’s personality, the show depicts the dangers his sexuality and race pose to him. In one scene, Eric walks home at night wearing feminine clothing when two men realize he’s male and attack him. It’s already painful to see Eric’s terror as he continues walking numbly, blood running down his face, but what’s truly heartbreaking is seeing Eric grow distant from his family and friends after the encounter. The show allows Eric to work through his trauma, illustrating all facets of Eric’s experience instead of cherry picking certain experiences to confine his character into a box. Though Eric does add diversity to the show, his character is ultimately lovable because his personality has been allowed to flourish outside of identity tropes.

The creators of Sex Education go beyond the bare minimum of avoiding tokenization by portraying their marginalized characters with nuance usually only afforded to their privileged counterparts. For example, Jackson, Moordale’s star swimmer, has two moms who fight about his swimming ambitions: one of them pushes him to dedicate his life to it, and the other urges her to listen to what Jackson really wants. Additionally, Jackson’s non-biological mom harbors feelings of being an illegitimate parent, which puts even more strain on the couple. What’s exceptional about their storyline is that it doesn’t focus on the fact that they’re lesbian — instead, it allows them to transcend that by depicting their marital problems. Just like heterosexual couples, lesbian couples are allowed to be imperfect.

Sex Education has established what all TV shows should strive for when approaching representation: portraying its characters as whole people, not creating them merely to fill a diversity quota. Because of that, the diversity never feels forced. At the end of the day, the show is just another entertaining teen drama with lovable characters. Sex Education has sent a clear message to other TV shows: diversity can be done right, if you commit to it.