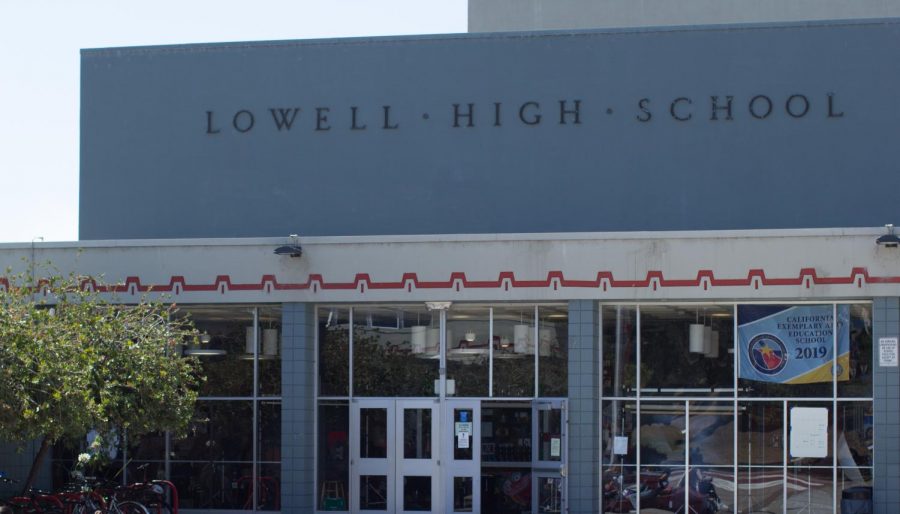 A plan to implement a lottery system for Class of 2025 admissions to Lowell High School is currently being discussed by the San Francisco Board of Education, according to an email sent to Lowell parents and teachers this afternoon from Assistant Superintendent Bill Sanderson and Educational Placement Center Executive Director Jeff Kang. In past years, admission to Lowell through the selective band system has been largely based on GPA and standardized test scores. However, due to the cancellation of SBAC testing and the alternate “Credit/No Credit” grading system last semester, the District is unable to use the current admissions system. Under this new proposal, Lowell applicants would not have to meet any academic admissions requirements and would go through the same assignment process used for the majority of the District and described by Board Policy 5101. In addition, Lowell would not accept any transfer students during the upcoming admissions cycle. “This policy is a response to the pandemic and the recommendation is that we do this [admissions system] for one year given current conditions,” Sanderson and Kang wrote in the official email announcement.

The Board of Education plans to discuss this policy during their Committee of the Whole meeting on Oct. 13 at 3 p.m. At this meeting, there will be an allotted time for the public to voice their opinion on the new policy. In a subsequent board meeting on Oct. 20, the Board will vote on the issue.

Many students are unsatisfied with the proposed policy. A junior, who wishes to remain anonymous, is concerned that this admissions system will lead to people who are unprepared for Lowell’s rigor to be accepted and ultimately attend. “Not everyone is capable of handling the stress [of Lowell], which is why there’s a testing or grading system to see which students are suitable for the standards and environment of Lowell,” the student said. “Lowell isn’t going to adapt to you. You adapt to Lowell, and if you can’t handle it, that’s on you.” Senior Supeng Wu also believes that the new admissions system will destroy Lowell’s “tradition of excellence.” In addition, he is disappointed that transfer students would not be considered. “As a transfer student myself, removing transfer admissions is definitely going to disappoint a lot of aspiring students,” he said.