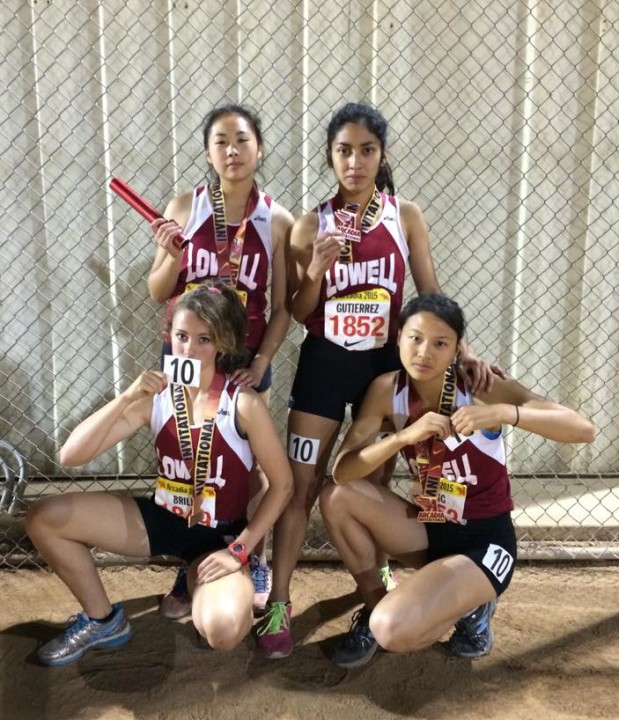 With less than two weeks to go until All-City trials on May 23, the track team is racing against time to improve as much as possible before the highlight of the season starts.

The track team is smashing record after record on the road to the championship meet, from the girls’ distance medley relay team’s school record at the Arcadia Invitational to continuous individual improvement during meets. 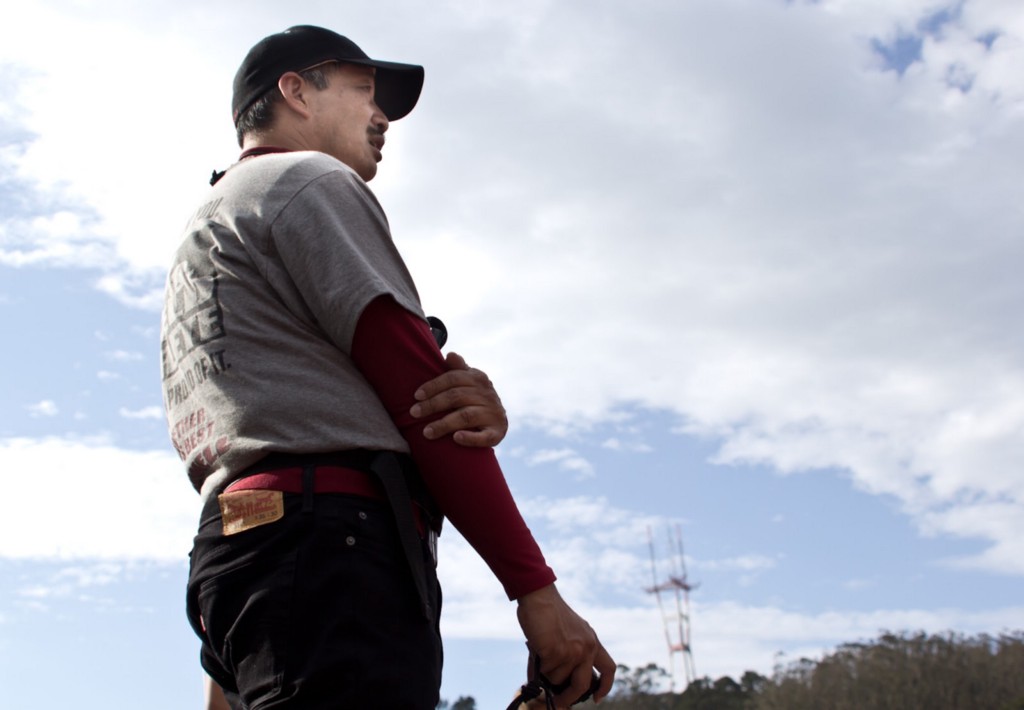 Head coach Andy Leong, who has been coaching for 28 years, watches the meet. Photo by Zoe Kaiser

The meet at Ruth Asawa San Francisco School of the Arts on May 7 was the second-to-last meet before All-City trials begin. The track team’s progress during the meet and the meets before has made the season so far a success, according to sprint coach Michael Speech. “This is the time of the season when people are supposed to be getting faster, and they are,” he said.

“This is the time of the season when people are supposed to be getting faster, and they are.”

Wanting to prove themselves before the championship, many athletes broke their individual records at the meet. During the 4x400m relay, senior anchor Sydney Gutierrez broke one minute for the first time (0:59.63), while junior Kristen Leung beat her old personal time by one second (1:02.94). Senior distance runner Isaiah Abeyta achieved a new personal record for the mile (4:43.22), and junior hurdler Linda Wang set a new personal best for the 300m hurdles (0:50.98). All of them placed first in their respective events. 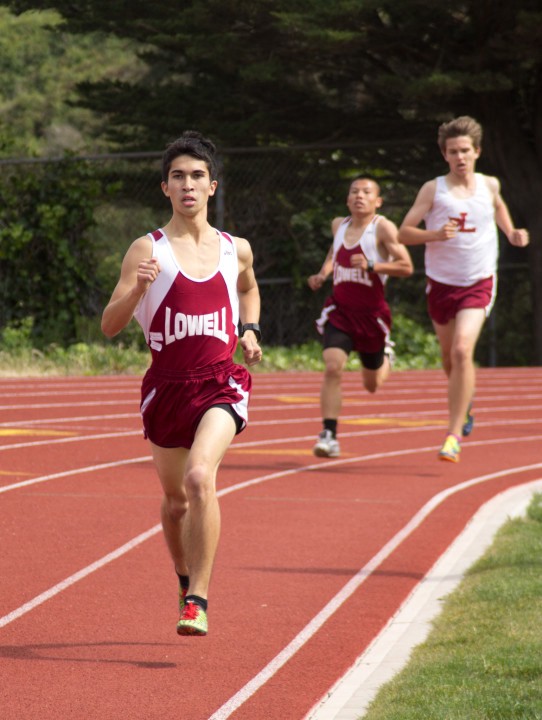 Senior distance runner Isaiah Abeyta leads his teammates around the curve during the 1600m race. Photo by Zoe Kaiser

The track team’s performance at the meet made head coach Andy Leong more confident. “In March we weren’t sure what we had, but about two weeks ago [the results] started to appear that the team is good and is getting better,” he said. “We still got ways to go though — track and field is always a work in progress.” 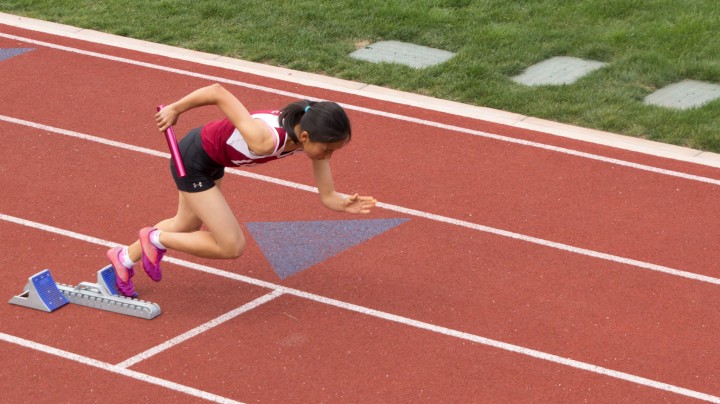 Freshman sprinter Eva Pak pushes off the block at the start of the race. Photo by Zoe Kaiser

Leung attributes the distance team’s improvement to the “work hard, play hard” mentality the team adopted this season. “There’s never a day of practice when we’re not cracking sarcastic jokes, but there’s also not a day of practice that we choose the path of least resistance,” she said. 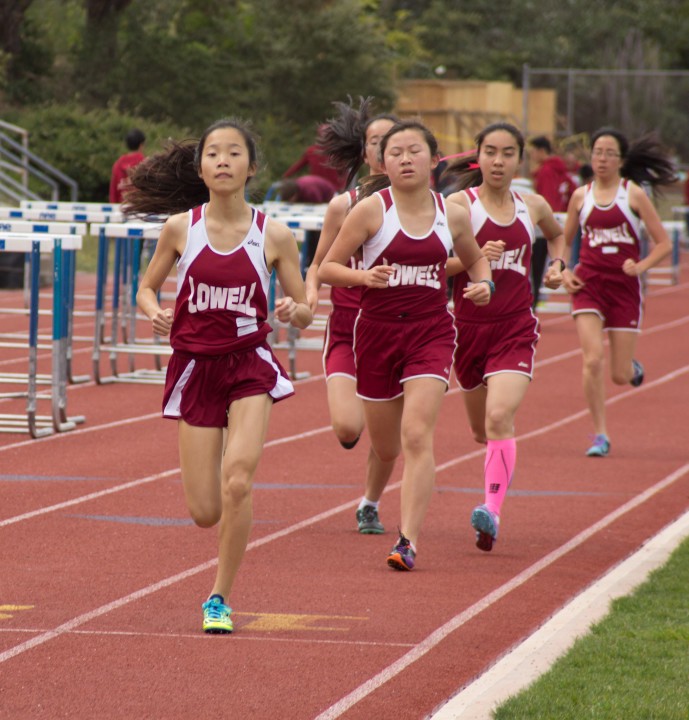 Freshman distance runner Natalie Ewe leads a pack during the 1600m race. Photo by Zoe Kaiser“It’s going to be difficult, but if everyone gives it their all, we can do it.”

Changes in the practice schedules are also helping the Cardinals advance, according to junior sprinter Madison Jones.“It’s our toughest year competition-wise, but individually, everyone is improving because the way our coaches are coaching has changed so that the practices are more scheduled and planned,” she said.

If the track team continues to practice hard and stay consistent, Abetya believes that they have a good chance of being crowned city champions again. “It’s going to be difficult, but if everyone gives it their all, we can do it,” he said. 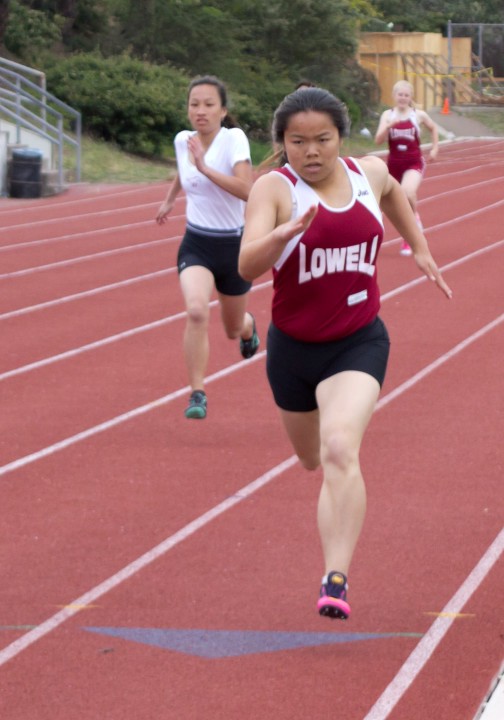 The improvement the team has shown has also made Leong hopeful about retaining the championship title. “The coaches and I have to make some good moves and decide what frosh-soph runners to move up,” he said. “We have to strategically choose and place our chess pieces and those people have to come through.”

The Cardinals will continue to work hard and build on their progress as All-City trials approaches. 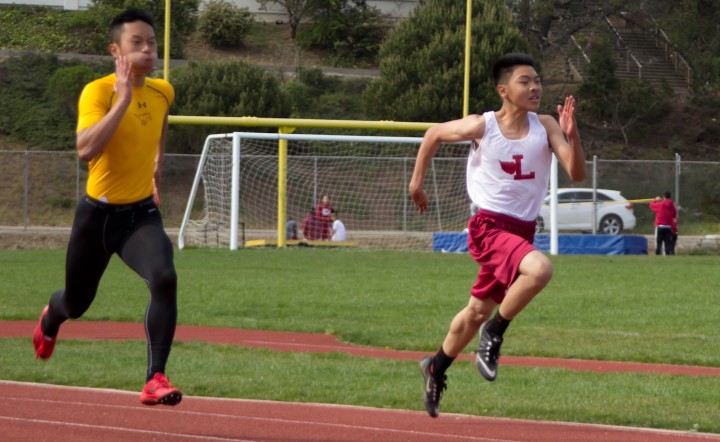 At the prestigious Arcadia Invitational in Los Angeles on April 11, the girls’ distance medley relay (DMR) team clocked a team record time of 11:55.71, allowing them to claim the third best time in the nation.

“It’s really a treat to experience the intensity of the athletes around you and know that all of the work you put into your sport paid off to get you there.”

Considering that the last time a Lowell DMR team placed nationally was in 1997, running the third fastest DMR time in the nation is a feat the girls are proud of. “Running at a meet like Arcadia with a lot of the top runners in the nation makes you feel like one of the greats,” Brill said. “It’s really a treat to experience the intensity of the athletes around you and know that all of the work you put into your sport paid off to get you there.” 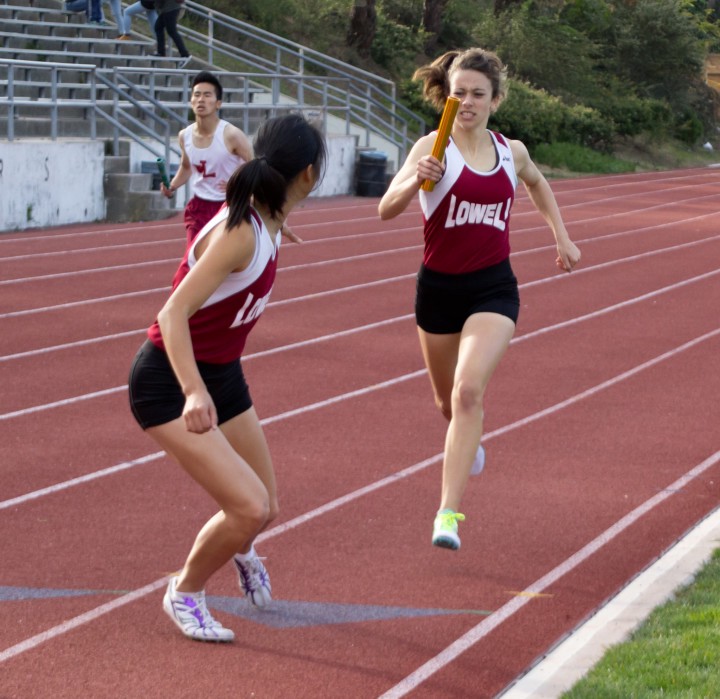 Sophomore Sierra Brill passes off the baton to junior Kristen Leung in the 4x400m relay. Photo by Zoe Kaiser