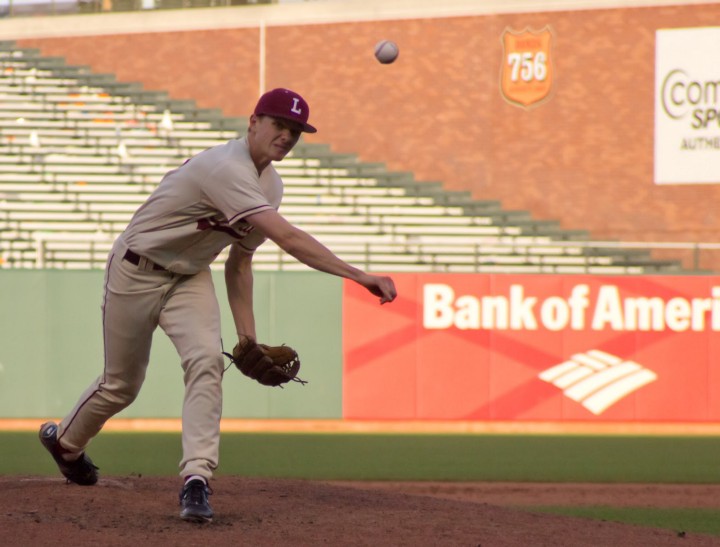 Senior pitcher Craig Colen fires a pitch in the championship on May 6. Photo by Leonard Caoili

The Lowell varsity baseball team concluded its season on May 19 with a 4–1 victory in the TransBay series against Oakland Tech, wrapping up yet another successful campaign with the two games to one series win. The Cardinals began the season looking to defend their back-to-back city championships, and extended their streak to three consecutive titles by going undefeated (15–0) in league play and winning the championship game 9–1 against the Washington Eagles on May 6.

A deep roster and a strong sense of team spirit helped make such success possible, according to senior utility man Jack Billings. “Our greatest strength has been our depth and how close our team is. We have all competed and played with each other for a long time, which allowed us to know each other’s strengths and weaknesses as well as trusting that anyone on the roster could hold their own when needed in the games,” Billings said.

“It was blatant from day one that this was not a selfish team.”

The 12 seniors on the team also deserve a lot of credit, according to assistant coach Emil DeAndreis. “The seniors ran the team the right way, picked each other up, held each other accountable, and all wanted to win as a team, not as individuals. It was blatant from day one that this was not a selfish team,” DeAndreis said. 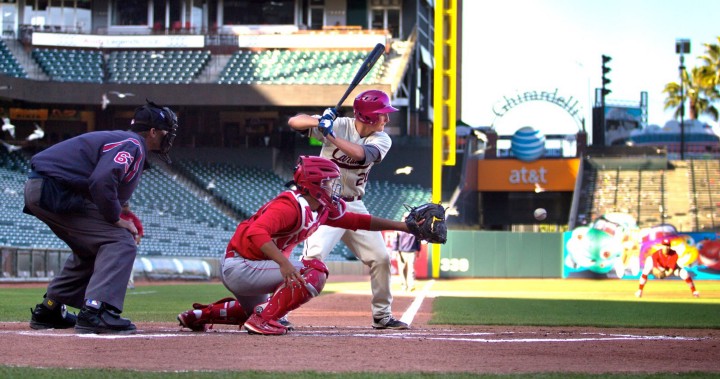 Freshman catcher Owen Mahoney waits for a pitch against the Washington Eagles. Photo by Leonard Caoili

The Cardinals also stayed focused throughout the season and got contributions from many players, according to senior pitcher Joshua Ng. “I’m proud of how our team maintained and surpassed the level of intensity from last year,” Ng said. “The greatest strength had to be how everyone contributed.” According to Ng, key players included sophomores Adam Gardi, Joe Solomon, and Brennan Greedy. He also mentioned the importance of junior pitcher Matthew Schivo, who went undefeated this year with a sub-one ERA. “We’re all so proud of what we were able to accomplish not only this year, but over the last three years,” Ng said. “There was no better way to send all of our seniors and Donohue out.”

“There was no better way to send all of our seniors and Donohue out.”

This three-peat marks the end of longtime coach John Donohue’s illustrious career, as he retires with 735 wins. His expertise was crucial to the team’s success, according to Ng. “He is the smartest coach I have ever had,” Ng said. “He notices the slightest weaknesses in the opponent and exploits them.”

Donohue also leaves behind a great example for others to follow, according to DeAndreis. “Donohue’s great, and we’re all going to miss him,” DeAndreis said. “He’s really treated this season like any other, focused on the team and the game over anything else. The coaching staff meshes very well and it is thanks to the climate Donohue has built over thirty years.” 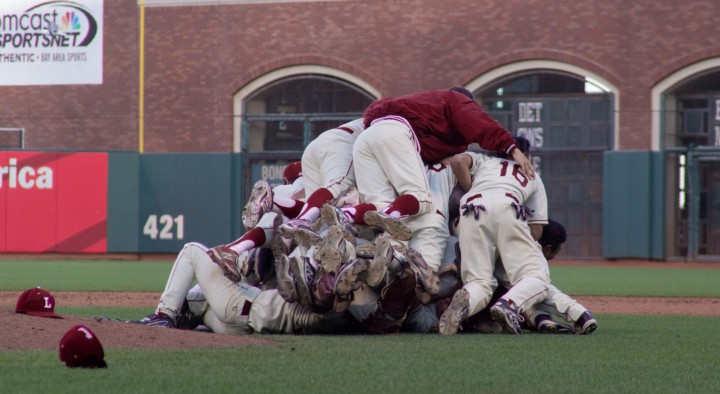 The baseball team forms a dog pile after winning the title. Photo by Kiara Gil

Ending the Donohue era on such a high note also means a lot to the team’s seniors in particular, according to Billings. “Winning the championship this year for the third time really validated all of our work and how much we wanted to win for Donohue,” Billings said. “I feel very thankful for being able to play for him. He really knows how to win and is a powerful figure in San Francisco prep sports. As he retires with us seniors graduating, it adds an extra special meaning to the end of our season.”

“There are certainly some seniors who I wish would flunk a few classes and stick around for another year.”

With half of the team’s players graduating next year, there will be big shoes to fill, according to DeAndreis. “There were seniors on this team that willed the rest to want to win,” DeAndreis said. “It’s difficult to coach that, so when you get those kinds of kids it’s very special. There are certainly some seniors who I wish would flunk a few classes and stick around for another year. But alas, this is Lowell.”

While the team will lose a lot of talent and leadership, the expectation is that next year’s seniors will step up and fill the void, according to Ng. “Leffert Lefferts III, Matthew Sam, and Anderson Giang, among others, will need to be the leaders of the team next year,” Ng said. “They definitely have the talent and the potential to defend the title.” 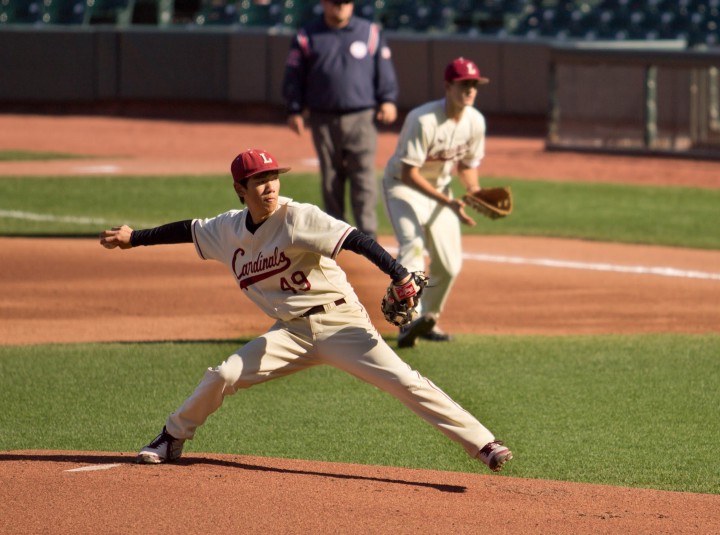 The team selected senior pitcher and captain Joshua Ng as the MVP for the season. He came through with big performances on the mound, finishing with a record of nine wins and only two losses while posting a 1.73 ERA over 56.2 innings pitched. He also recorded 29 strikeouts. Furthermore, Ng demonstrated his versatility during the season as he hit for a .343 average with 15 runs batted in.

Ng’s all around play truly stood out, according to fellow senior and captain Markus Min. “Josh really deserved to win the MVP this year,” Min said. “He was solid defensively at shortstop all season, hit .343, and was our top pitcher. He was also one of the most clutch players on the team, getting hits in big sports and getting the win at AT&T Park in the championship game.”

“He was our go-to guy and has always answered the call for us.”

Ng’s consistent excellence also earned him the award, according to Billings. “Josh is the only player that has played all four years on varsity,” Billings said. “He led our team as a captain on and off the field. He was our go-to guy and has always answered the call for us.”

Despite the individual accolades, Ng wants to acknowledge his teammates for making it possible. “I’d like to thank all my teammates for voting me for MVP,” Ng said. “But this seriously was a season in which the team won it. They’re my brothers and there’s no way the season would’ve tuned out this way had it not been for every member on the team.”