Growing up on Golf: A look at one of Lowell’s best golfers 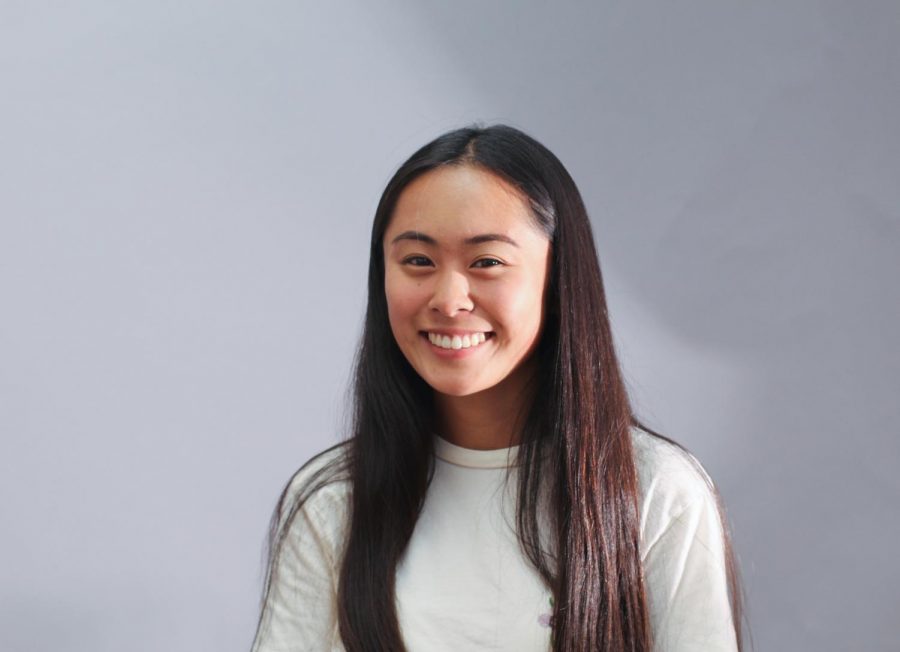 For senior Lauren Shew, golfing started just down the road from Lowell, at Lake Merced’s Fleming 9 golf course. At the young age of 6, Shew was taking junior golfing lessons there. Now as a Lowell senior, she continues golfing at Fleming with only one difference: She is one of the best golfers Lowell has ever seen.

When Shew was introduced to golf, she made an immediate connection with the sport. She’s played in competitive tournaments across California, and competed in national events. For example, this past summer she traveled to Kansas City, Missouri to play. Although she only tied for 8th place, her scores were some of her best.

Shew sacrificed childhood moments to perfect her skills. “When I was younger, I would have to miss hangouts and birthday parties for tournaments, [and] it’s been a challenge balancing golf and all the other things I do at Lowell,” Shew said. Shew practices everyday after school, and throughout every weekend, while simultaneously keeping her grades up.

Golfing has also affected her social life here at Lowell. “I think that I have to be more social during school because right after school I’m golfing. So I think it’s just balancing my day like if I want to hang out with friends later I have to golf before or end a hang out short to go golfing,” Shew said. She also wishes she had more free time, but feels having such a full schedule will help her balance things in the future.

However, her training has paid off as she had gained a great deal of titles, trophies, and championship wins. She’s received a JGANC Cameron Tinder award at age 14, which meant that she was the youngest person to win an individual tournament that year. She also recently won the Helen Lengfeld memorial tournament, and shot a bogey-free 66, which was her lowest round ever.

But with her success has come additional pressure from coaches and teammates. “I definitely have felt pressure the past 3 year years because of what everyone says about my golf, but I think when I play in All City, I just tell myself it’s a match like any other and it doesn’t really matter if you win or not because you’re competing against yourself,” Shew said.

However, Shew doesn’t think of the pressure as a bad thing. She feels what makes golf special is the competition with herself, rather than others. It’s helped change her outlook on life. “Golf is such a mental game that you have to always be positive, and it’s just a grind mentally to get through 5-hour games,” Shew said.

Although Shew’s training is relentless, she still finds the time for many extra-curricular activities. She has been a part of LSA for her entire time at Lowell. She was also the president of both her junior and senior prom committees. In addition, she’s also been a CSF Tutor since her sophomore year and volunteers at the California Pacific Medical Center over the summer.

Shew tries to keep her mental state out of her golf, but sometimes doubt slips through into her playing. On her mental game, Shew said, “I would have the tendency that I would dwell on poor shots and it would just spiral into a bad round. I think when I was 12 or 13 my parents had me read this sports psychology book about golf. That with positive affirmation, which I started doing during sophomore year, just really help my mental state.”

As with any other senior, Shew is looking forward to college. While she thinks that golf may not lead to a profession, it will be a major part of her college life. After playing golf for so long, she knows that her talent in the sport can help her receive scholarships and get into colleges. “There are a lot of good schools that I have been talking to and it’s been nice my senior year knowing that I have options. I know that all my classmates are stressed out about where they are going to go for college. So it’s nice to know that I have a safety net,” Shew said.

Shew is still looking forward to playing college golf. “I think that it will just be fun to travel for tournaments and to just be with the team. I think that traveling almost every week, like working with a coach that likely has played in college before would just be a really fun experience. It’s something that you really can’t pass up,” Shew said.

Shew looks back on her time golfing feeling that it has helped to develop her as not only a golfer, but as a person. “I definitely think that I’m able to talk to people from all walks of life because a lot of times I’m paired up with older people or I meet older people and I play. I feel like golf has opened a lot of opportunities for me in life.”