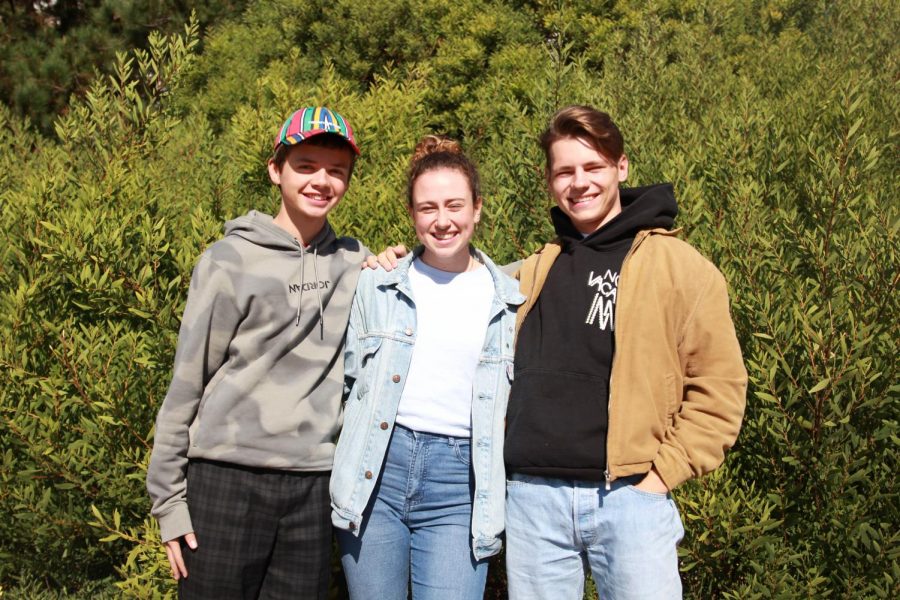 It’s October 19, and 11 Lowell juniors are making their way to SFO to meet their roommates for the next three weeks: exchange students disembarking from a long flight from Switzerland. The Lowellites enter the airport with hearts filled with anticipation, and exit the building with a stranger — and a heavy suitcase — in tow. Then comes the long drive home filled with icebreakers and conversation, marking the beginning of a close relationship between two teenagers who have lived an ocean apart up until that moment.

These visitors, juniors at Kantonsschule Enge in Zurich—San Francisco’s sister city—have come here as part of an exchange program that partners with University High School and Lowell. The main goal of the program is to provide an opportunity for both Swiss and American students to get a glimpse of what high school in another country is like, and the students have all chosen classes to join for the three weeks they spend in the U.S. The trip has been a major learning experience for the Swiss students, exposing both the falsehoods and truths of the stereotypes they had about American culture. 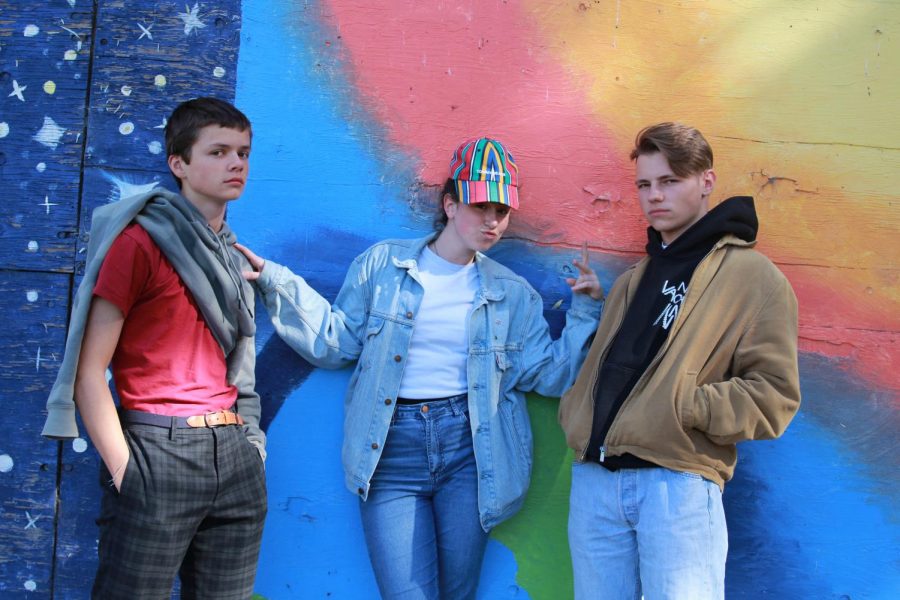 The Swiss exchange students were pleasantly surprised by the true nature of American high schools. Morgane Stöpfgeshoff, a junior from Kantonsschule, found that her classes different from what she’d expected. “In Switzerland, they warned us that it’s gonna be really strict and you cannot talk in class, you can’t do anything,” Stöpfgeshoff said. She’s found that, in reality, American classes are very friendly and social. “It’s fun in the classes because we’re five of us at one table so we’re all joking around,” she said. Junior Loris Mastelic, another student from Kantonsschule, added that Hollywood representations of American high schools make them out to be more violent. “When I came here the first thing I noticed is that you have very small lockers,” he said. “In American high school movies you always see the bullies put people in the lockers.” Furthermore, he’s found that the American teenage experience is about more than what movies portray, which he described as “pool parties and drugs.”

While the exchange program helps students gain exposure to a different school system, it also challenges the students to adapt to American culture. Mastelic noted that the trip was a lot about “getting thrown out of [his] comfort zone and trying to grow from it,” and his time with his host family has done just that. According to Mastelic, he’s had to adjust to eating lots of vegetables with his Asian host family, a step away from the fat-rich Croatian food he’s used to at home. In addition to the cuisine, the students are adapting to the nuances of a different language. Even though all children in Switzerland learn English starting at around age 8, Swiss students learn British English as opposed to American English, and the idioms are different in the U.S. “There are words that we don’t know, like slang words,” Mastelic said. “In sports, I realized that many terms we have in German are not translated [well] into English, so we have to learn some new terms if we want to talk about sports.”

Though it can be difficult to get used to, the students appreciate the genuine cultural exchange that they are experiencing. “It’s very different from going on vacation in America, because we live here with families from here and we really have to get used to American culture,” junior Leandra Grossniklaus said. She elaborated on the positive experience she and her peers have had with their hosts. “They’re so welcoming, and they really want to make us feel comfortable…they always tell us, ‘If you need anything, or like a ride, tell us and we’ll come pick you up.’”

Some of their experiences, however, haven’t been so positive. The Swiss students were not only present for the lockout that followed the Oct. 24 shooting across the street from Lowell, but also the shooting scare that took place at Great America’s Halloween Haunt on October 26. According to one of the exchange students, Lucas Baer, his group of eight (composed of Lowellite hosts and exchange students) was waiting in line for one of the rides when chaos broke out. “On the main street in the park, people started running, huge masses at once,” he said. “First we thought, ‘Oh it’s Halloween, I’m sure it’s a really good scare [so] everybody’s running.’” When he and his friends began to see people kicking down fences and heard someone yell that there was a shooter, they started to feel afraid. They climbed over one of the knocked over fences and encountered an actor in Halloween makeup directing them towards an iron-reinforced building. “I knew it was real from then on,” Baer said.

The students felt firsthand the dread of uncertainty that accompanies the threat of gun violence. With no information about the whereabouts of the alleged shooter, Baer found himself and his group questioning their decisions when they went into the building. “We didn’t know where the shooter was…[they] could have been on the other side, too,” Baer said. “Imagine being in a building with no exit and there’s an unknown shooter inside.” In the end, the shooting report turned out to be false and everyone was safe.

These incidents of real and alleged gun violence made a strong impression on the Swiss students and confirmed some negative stereotypes about the U.S. “I’ve heard a lot about American gun violence, [but] I wasn’t expecting to be in these two situations during our stay,” Baer said. “I just didn’t think of it even happening, like I didn’t think of the possibility that there could be a shooting.” The shooting scare left Baer feeling apprehensive about large tourist attractions and crowds.

The trip has been looking up since then. The exchange students, along with choir teacher Jason Chan went to city hall to meet Mayor London Breed on Nov. 1, and also had fun dressing up for Halloween—a holiday not celebrated so frivolously in Switzerland as in America. Some students have also attended Warriors games to complete the SF experience.

While their experiences have been mixed, the Swiss students have learned about what it means to live in U.S. from their time here. They leave on Nov. 8, bringing the memories and knowledge they’ve gained back home where they can, in Mastelic’s words, “take some of this culture and implement it in [their] daily life.” Though the U.S. segment of the program is coming to an end, the cultural exchange is only halfway complete. In early June 2020, the Lowellites who hosted will become the guests, staying with Swiss families for three weeks and seeing what Zurich has to offer.