Locker room theft: What you can do about it 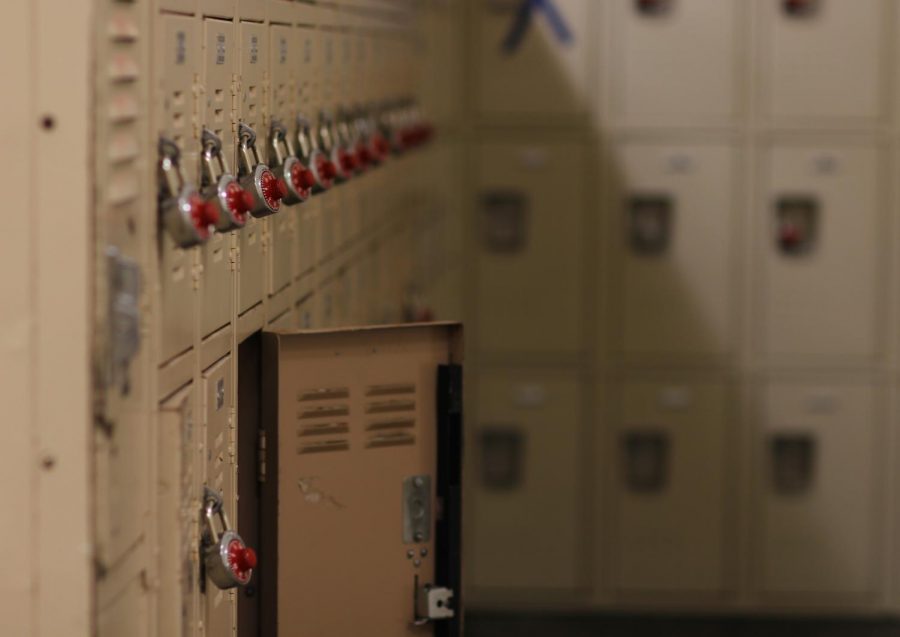 Multiple instances of locker room theft were reported last spring, leading to an investigation and the eventual identification of the perpetrators. However, most of these cases could have been prevented, according to Dean David Beauvais.

Junior Courtney Wong, treasurer for the E-Sports Club, returns from her PE class and goes to her locker to change. She discovers that she had left her backpack in her unlocked PE locker with checks for the money that her club had collected from Globefest. They aren’t there.

Last spring, a string of locker thefts in the girls’ locker rooms was reported and resolved, with a single set of perpetrators being caught. Girls like Wong had money, gift cards, and other items taken from their lockers and the benches near their lockers while they were away at PE. A few of them didn’t even bother reporting the thefts to the administration because they thought it would be useless to do so. “Students don’t feel like the school would care if they reported stealing,” explained junior Michelle Chen, who never got her stolen AirPods back.

However, another girl who was stolen from, junior Joann Chin, managed to identify the thieves because one of them was wearing her stolen jacket. She reported the thieves to the school, and other students who had also reported their losses were able to collect a number of the stolen items. Unfortunately, each victim only received 38 percent of their original monetary claim, as the perpetrators had either already spent some money or stored it somewhere else.

The school does take some preventative measures against thieving, according to PE teacher Sascha Taylor-Ray. While the PE department won’t lock the locker rooms during class time because there are legitimate reasons to be there, the teachers do teach their students how to prevent theft. At the beginning of every year, every student enrolled in PE is alerted to the threat of locker theft during the orientation in the gym, and spends a week being told the importance of locking everything up. Teachers also perform security sweeps through the locker rooms at random times and days, and store any items left out of a locker in the PE offices.

When preventative measures fail, however, things get more difficult. After a student files a theft report, the dean performs an investigation, the details of which are not disclosed. Around half of all cases opened since David Beauvais became dean have been solved—but only because they all had the same perpetrators. “When I catch [thieves] I deal with them, but it’s hard to catch them because of the logistics of the PE department,” Beauvais said. “I do an investigation every time, but I tell everybody when [they] fill out a report [that] the chances of finding stuff are not good.” Neither Chen nor Wong reported their thefts, so they weren’t able to get anything back.

The administration’s hands are tied in regards to what they can do to reimburse students. When the perpetrator is found, their items are gone through in order to find any lost items—items that are reported are returned to their owners, and money is counted and doled out proportional to how much was reported missing. If Person A claims to have lost $5 and Person B $10, and the perpetrator is found with only $7, Person A would receive $2.33, and Person B would receive $4.66. If the perpetrator is caught with less than was reported, the victim doesn’t get everything back.

The administration is also unable to pursue property on its own. Other than taking back the stolen items found on the thief when they are caught, the school can’t go much further to reclaim items before the police would need to involve themselves. The school can only administer discipline, which includes suspension or expulsion if the transgression is serious enough, according to Beauvais.

Since any action taken by the school will involve a complex process, Beauvais had one main piece of advice for students afraid of locker room theft: “The single biggest preventative measure that can be taken is [for students] to secure their items. If that happens, the thefts will drop to [an] almost non-existent level,” he said. “[Picking] locks happens but it’s a relatively rare occurrence. The vast, vast majority of thefts from the locker room — over 90 percent — [are] because of unsecured items.” Comparing it to putting your jewelry in your car in a parking lot, Beauvais said that it is the students’ responsibility to keep their valuables safe by not bringing them to the vulnerable locker rooms. Personal lockers have not been reported to be stolen from nearly as often, and oftentimes locker room theft is just students leaving their backpacks on a bench unattended.

As Beauvais said, because it is currently complicated to recover stolen items, the best thing PE students can do is heed their teachers’ advice: Make sure that your valuables are someplace safe, away from the locker room, and ensure that what you do need to bring in is secured and locked away. If you do lose something, immediately report it to a teacher or there won’t be any way to get it back.