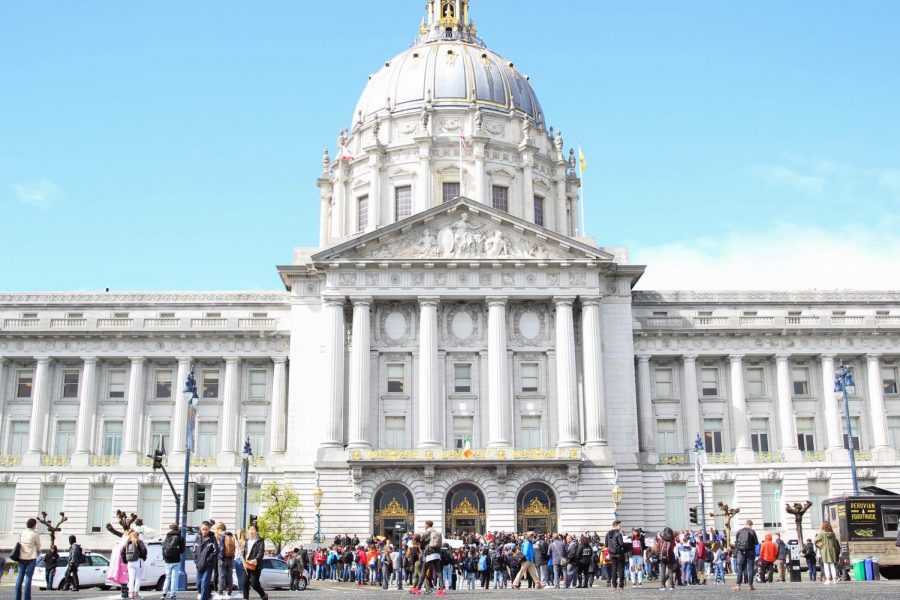 Students will be skipping school today in order to march to the San Francisco Federal Building as part of the Global Climate Strike.

The first walkout of the school year—a climate strike advocating for a safe, healthy, and just planet—is today, and as students prepare to take a stand outside of school, the question has been raised: will Lowellites participate in social activism or head to class?

Over the past three years, Lowell students have consistently been outnumbered by students from other public schools in walkout participation. In March 2019, 25 Lowell students—under one percent of the student body—attended the Youth Climate Strike in defense of the Green New Deal. Today’s strike is shaping up to have a similar attendance rate, as fewer than 35 out of 131 student responses to a poll by The Lowell’s Instagram page confirmed that they would be attending the strike.

Many factors contribute to these low numbers, the most significant being Lowell’s academically competitive culture. Junior vice president of the Lowell Eco Club Sophia Zuzga feels that students who have strong opinions regarding social issues don’t participate in walkouts due to the possible ramifications of missing a day of class. The district policy regarding walkouts led Zuzga to question attending the last walkout that her own club organized. Being that she would receive unexcused absences for her activism, Zuzga herself only attended after confirming that she would not miss any tests that day. To Zuzga, these repercussions reflect the values that Lowell and the district instill in its students. “Putting a lot of pressure on students to come to school every day, to stay up all night doing homework, for example, is just kind of the mindset that Lowell has [about] what will [help to] advance students,” Zuzga said. “It’s just so difficult to keep up at this school that missing one test, and having to make up that test, is already too much.”

Another reason why students may not be inclined to protest is a lack of significant results from their efforts. Junior Jason Chen, the president of Lowell’s chapter of Bay Area Student Activists (BAStA), a club established to encourage student civic engagement, feels that there is a time and a place for missing class. To Chen, if there is warranted reason for students to skip school in favor of a strike they should, but it is not the perfect solution for every social issue. Chen, who has organized student trips to Sacramento on school days in order to advocate for gun reform, acknowledges that the singular act of walking out is not usually enough to bring about change. “Yes, you can march all day, but you’re still giving the opportunity to make the change to the decision makers,” he said. “If you get your own foot in that room and you make it so that you are the change-maker, [that] you are the ones working to write the policy to make the change, that usually becomes more impactful.”

This drive that Chen feels for social activism is not shared by all Lowellites. Zuzga finds that many students hesitate to express their political opinions because they are afraid that they will be ignored due to their young age. Therefore, the group of students who protest is typically limited. “It’s the same kids who are concerned about the same issues,” Chen said. “Other people are more concerned about their studies or about themselves.” Chen thinks that the general apathy of the student body might also be linked to the lack of conversation about social issues within classrooms at Lowell. He feels that Lowell should educate its students more on social issues in addition to basic requirements. “The whole point of schools is to have an educated public so that they can make decisions to make their own lives better,” Chen said.

Lowell students may seem apathetic as a whole to these movements, but there are students who will rally when they feel the time is right. Chen remembers being shocked by the number of Lowellites who missed class for the March For Our Lives rally, which called for gun control in the wake of the Parkland shooting, in 2018. Regardless of the turnout, activists are more focused on creating real change and making their voices heard. “It’s not necessarily about how many people who go, but just about how passionate you are,” Zuzga said. Both student activist groups have a strong sense of hope about what they were doing. They were empowered by the change they were instilling in society and the powers that be.

Zuzga says there is still more to be done in the way of gaining support for student activism, particularly at Lowell, where the large student body makes it difficult to reach individual students. She believes that attendance for the March 2019 rally would have been higher if there was a central place to receive information on campus. She finds it difficult to reach people, even with flyers posted in the hallways and an active social media page. Besides posters and Instagram posts, both Eco Club and BAStA rely heavily on word of mouth to spread awareness for their events. This makes it difficult for people to hear about these events, especially if students do not know anyone involved.

The school district is also making it more difficult for students protest. Despite both internal and external pressures to soften its policy on unexcused absences, SFUSD has maintained its strict stance against walkouts. On Sep. 16, the SFUSD Office of Sustainability sent out an email giving teachers the option to participate in the strike as an official field trip, excusing student absences. However, this decision was overruled by the SFUSD legal office in a memorandum sent out earlier this week, which restated the official policy to give any student participating in the walkout an unexcused absence.

On the other hand, a second district email, from the Office of Sustainability, asked teachers to support students through activities on their school site such as utilizing the offered in-class teach-ins on climate justice. These included videos, lesson plans, and interactive assignments that informed students on the climate crisis. These emails contradicted the district legal office’s policy against teachers endorsing the walkout, leaving teachers in a complicated position. “San Francisco Office of Sustainability is literally in the same building as the legal office and it bothers me very much that two offices in the same building send contradictory information,” AP Environmental Science teacher Katherine Melvin said. Melvin, who is the head of Lowell’s Union Building Committee (UBC), proposed making this climate strike an excusable absence for all SFUSD students—as is the case for many school districts, including Oakland Unified. Melvin feels that it is unacceptable that SFUSD is not supporting its students in battling “the biggest existential threat facing [their] generation.” She thinks that the legal office is not adapting to the situation at hand, as it seems to be interpreting the law in the most literal way possible.

The lack of district support for student activism does not mean that there are not ways for students to advocate for the causes that they care about. Chen was able to find a loophole and turn the lobby days hosted by BAStA into an excusable field trip, doubling the number of students who attended their events.

At a school where many students prioritize class attendance over social activism, student activists are satisfied with drawing a smaller, but more passionate, crowd over a larger one. Chen finds social change is a long and difficult process that requires a catalyst to begin—a catalyst such as 20 students walking out of class because they want to save the planet. In the end, all that matters to Zuzga is the determination of students, not the student turnout in these demonstrations. “[The desire] to be so passionate about your cause that you’re willing to miss school is really making a statement,” Zuzga said.