Coming and going: A look at the students who transferred in and out of Lowell 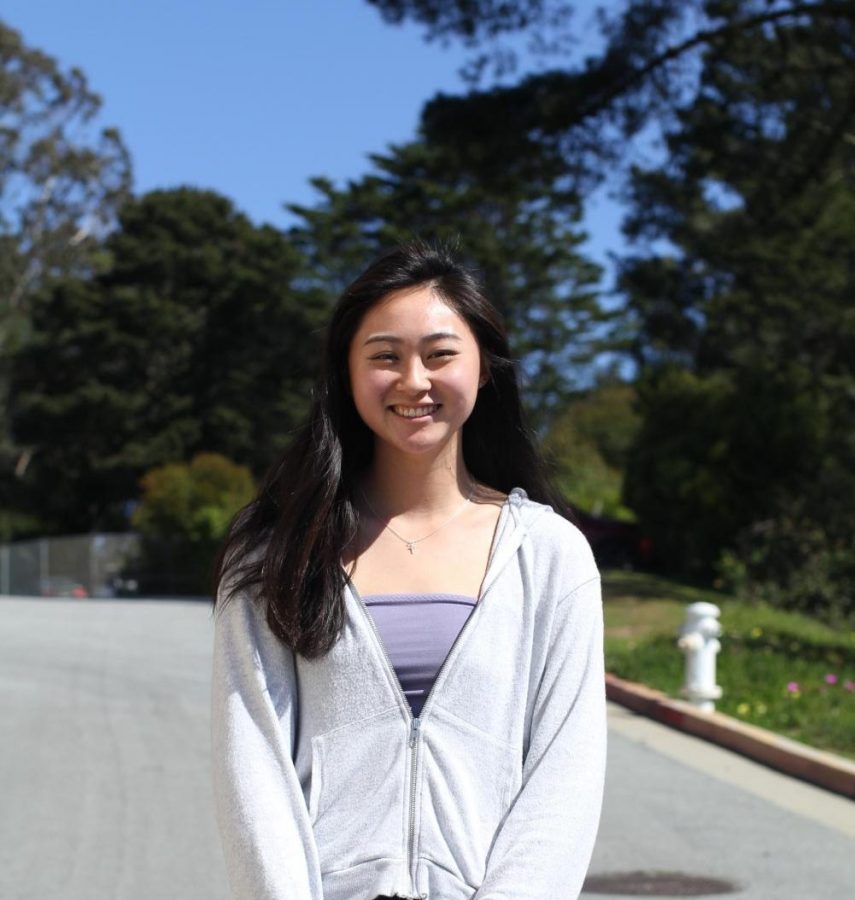 Lowell High School’s prestige as a highly competitive and intensely academic high school is known citywide. Many middle school students and their parents hope for their kids to attend high school at Lowell, and if not, try to transfer in later on.

Senior Catherine “CJ” Kung is a transfer student from Raoul Wallenberg High School, where she thought she was going to stay. Her parents made the decision to transfer without her consent.

Kung had gone to Alice Fong Yu Alternative school from kindergarten through eighth grade, where she developed a solid work ethic. According to Kung, Alice Fong Yu was referred to as a “mini Lowell” because of the intense workload they were given and the discipline they were taught.

Kung had gotten assigned to Wallenberg randomly through the SFUSD public school lottery system, and attending Wallenberg wasn’t anywhere close in academic rigor to her middle school experience. “Going to a place where I had nothing to do was pretty boring, and I like being busy all the time,” she said. “[At Wallenberg], I never studied for tests or anything because it was really easy.”

Socially, Kung thrived at Wallenberg because she had such a small workload. She easily made a lot of new friends and had a good relationship with her teachers. She never considered going to Lowell; she didn’t think it was “her type of school,” but her parents, who are Lowell alumni, had other plans. They recognized Kung slacking off academically and turned in a transfer application to Lowell for Kung without her notice. Kung was caught off guard; she only discovered her acceptance to Lowell a few weeks before the start of her sophomore year. “I was really upset because I didn’t have a choice to come here,” she said. But she soon moved on. “I guess I was kind of excited because I had friends here already, so I thought that it’d be fun,” she said. Even though Kung didn’t want to leave her new friends, she realized that she wasn’t satisfied with her education at Wallenberg and her parents’ decision would be for the best. Additionally, Kung felt that a school with a population of only around 500 students didn’t provide as many opportunities as Lowell did. Disliking the small-school atmosphere, Kung looked forward to the new school year at Lowell, which she felt had an inviting air because it was a lot bigger and organized.

However, Kung soon learned that adjusting to Lowell wouldn’t be as smooth as she had anticipated. She felt overwhelmed and experienced some social anxiety, because everyone she passed in the hallways looked like they knew what they were doing and she felt like an outsider. “I was new, so I didn’t wanna be too much, I just wanted to stay quiet and do my work,” Kung said. In addition, she became occupied with JV girls’ basketball, which started right away and didn’t allow her time to slow down and feel a sense of belonging to her surroundings. Because of this, she was immediately thrown into a busy schedule that centered around Kung managing both her schoolwork and the demands of being on the basketball team.

Although Kung was easily able to switch back into her middle school work ethic and was capable of staying on top of both practice and schoolwork, she started overworking herself because didn’t know how to manage her time. On some nights, she came home from practice at around 8 p.m., napped until midnight, and then woke up to do homework and studied until she was done, which sometimes led into the morning. Putting her academics before her physical health also negatively impacted her during the day; she didn’t have the energy to have a healthy social life. “I was never in a good mood, I didn’t want to go to basketball practice, I didn’t talk. I probably looked really dead all of the time,” Kung said. She didn’t allow herself a break on the weekends either. If she had a test to study for or any homework to complete, she refused to hang out with her friends and turned down any plans.

Because she was so fixated on what was on her plate, Kung felt like she didn’t yet belong at Lowell, as she didn’t have time to really integrate herself. “I always felt like I was a year behind [the other students] because there’s so many things that Lowell does that other schools don’t do,” she said. Events like Co-Curricular and rallies were traditional social events at Lowell, where Kung felt lost and confused because her surroundings were so hectic.

Kung also felt uncomfortable about the ambitious attitudes her fellow students perpetuated. This competitiveness even bled into basketball, which she used to have a lot of fun with at Wallenberg. The team was always practicing to win, to live up to their title as a rivaled opponent. “Everyone around me [at Lowell] was serious and too focused on schoolwork and basketball… it made me stressed too,” Kung said.

After an exhausting sophomore year, Kung learned to let loose so she wouldn’t get so stressed in junior year. When she stepped out of her heavy academic mindset, she realized that there was a lot more to her life at Lowell that didn’t center around grades or competition. Because she prioritized her mental health, Kung started to work more productively in order to have free time for herself and friends. She recognized that it was only herself that was reluctant to make friends, and she slowly opened up, making conversations with the people around her. “[Life is] just more fun when you meet new people and you have more friends,” Kung said. “Now I like being really social and going to school events and dances. Like I never went to a school dance until Junior prom, [which] was really fun.”

Despite all of this improvement, Kung still didn’t feel like she identified with Lowell. She definitely had it easier than her first year at Lowell, but her junior year was still a learning process. Kung was taking classes during blocks one through seven, which was very demanding and made it difficult for her to make time to socialize when keeping up her grades was her number-one priority. She also made the varsity girls basketball team, which filled up her schedule even more.

This school year, Kung has taken what she’s learned and made her final year as manageable and enjoyable as she can. “Now in senior year, I feel more relaxed, and I just feel like a better person all the time,” Kung said. “I don’t cry about bad grades or things like that.” Being open allowed Kung to be comfortable at school and around others. She’s been hanging out with friends on the weekends, showing more school spirit by watching other sporting events, going to school events and continuing to meet people in her classes, like during her trip to Seattle with choir. To do this, Kung chose her classes wisely to prevent overstraining herself with academics. She’s coordinated classes with the friends she’s met from the last two years in a conscious effort to keep in touch with people, knowing the importance of staying connected. Now that Kung is better at maintaining a good work-life balance, she is more confident in herself, which allows her to have more fun with others no matter the situation. “It makes you more approachable and it takes a weight off your shoulders when you’re just chill about everything and you don’t really care about what other people think,” Kung said.

It took until senior year for Kung to feel like she really belonged, but in the end, she is proud to be a student at Lowell and grateful for her parents forcing her to grow by taking her out of her comfort zone. She’s come out with a better work ethic and sense of well being. It was a long process of self-discovery, but she doesn’t regret coming to Lowell. “Sophomore year I probably would’ve said, ‘Oh I wanna go back [to Wallenberg], I wish I went to another school or something,’” Kung said, “But in the end, I turned out a more well-rounded student.”