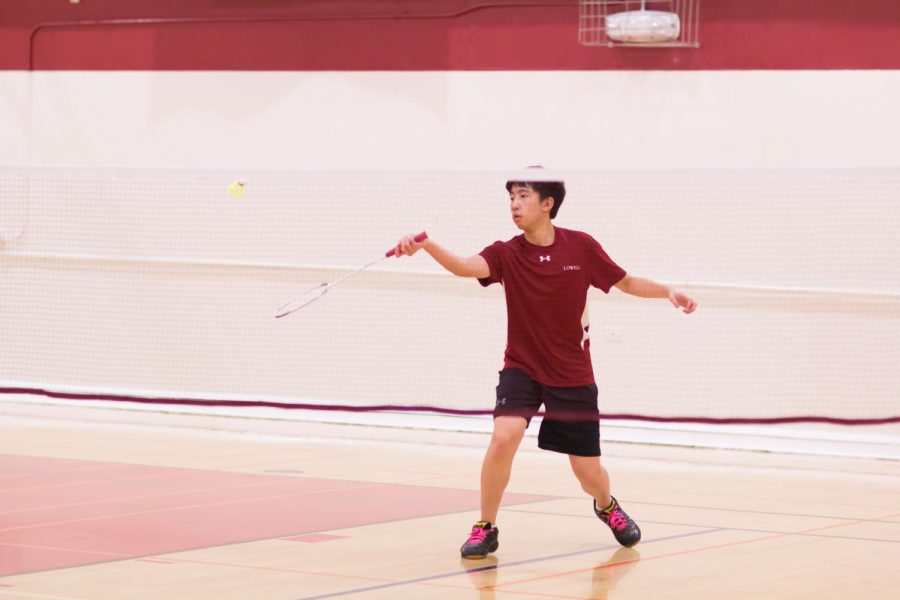 The Cardinals sweep the floor against the John O’Connell Boilermakers 7-0 on Apr. 9 at home.

Lowell’s varsity badminton team defeated the John O’Connell Boilermakers 7-0 on Apr. 9 at home. This leaves the Cardinals undefeated and in first place in the AAA/CIF San Francisco Section.

In both singles matches, the Cardinals dominated the Boilermakers. Junior Sophie Li won both her matches 21-3 and 21-0. Junior Alan Su followed up that victory by winning both his matches with scores of 21-13 and 21-9.

Li’s strategy was to challenge her opponent’s footwork and increase movement pressure by using drop shots and clear shots. “I think I moved her around quite well,” Li said. She tried to focus on being consistent and has set goals for improving on consistency and communication for the season.

In contrast to Li, Su focused less on his opponent but more on the performance of his own shots. “I played pretty aggressive this time,” Su said. “That’s something I’ve been working on.”

In the mixed doubles division, senior Elaine Huang and junior Aaron Ng triumphed over the opposing mixed team 21-14 and 21-8.

The Cardinal will advance into the first round of All City Tournament on Tuesday, April 30 at 3 p.m. at CCSF.