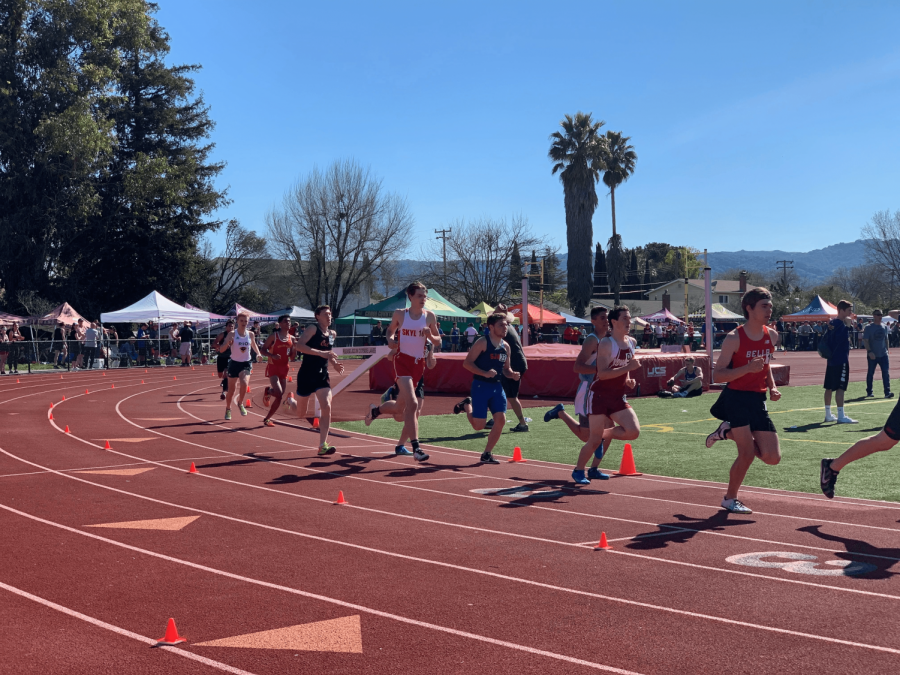 As the season progresses, Lowell’s track and field team sent 20 runners to Dublin on March 16 to compete in the 2019 Dublin Distance Fiesta.

This meet took place at Dublin High School, with Lowell being just one of many Northern California and Bay Area high schools. The Dublin Distance Fiesta is the largest distance meet in the country. Unlike regular AAA meets in San Francisco, the runners look forward to meets like these because they aim to set a personal record (PR), since the heats are larger and competition is tougher. Sophomore 3200m runner, Paloma Suarez-Davila, who also aimed to PR in Dublin, agrees with the lack of competition within the league, saying that most of the teams just don’t have as rigorous of a practice schedule as Lowell. Suarez-Davila ran a 12:45.71 in the 3200m.

Lowell had some good representation in the men’s 800m race, with sophomore Theodore McDonough running a 2:07.86, junior Norton Choy running a 2:08.66 and senior Beck Johnstone running a 2:10.52.

In the men’s 3200 meter race, senior Noah Battaglia ran a 9:37, placing him in 28th place out of 371 runners overall and making him the highest ranked runner from Lowell at this meet.

In the women’s 3200m, more Lowell runners came out to compete. Running an 11:48.41, freshman Jenna Satovsky set the bar for the rest of the Lowell runners in Dublin, as she came in 35th out of 401 runners overall. Senior Charlotte Greenhill was the next Lowell runner to cross the finish line at 12:31.58 and came in 82nd.

Many of the runners felt that the Dublin Distance Fiesta was a break from the much-too-easy competition in the AAA league in San Francisco. They feel that there isn’t enough competition in the regular San Francisco meets because the runners from the other teams usually don’t usually have as regular, or rigorous of a practice as Lowell does. “We typically PR way better on Saturday meets,” said sophomore runner Andrew Blelloch, who ran the 800m and finished with a time of 2:11.48 in Dublin. “There isn’t much competition in SF, you usually run against your own teammates. Here it’s more heated. You’re running against people with similar times to you, it’s much more competitive and easier to get a good time.”

Overall, this meet brought tough competition to the runners but they turned it around with their high spirits and ambition to PR.

The track and field team’s next league meet will be at Lincoln High School against Mission and Leadership on March 21st  at 4 p.m. They will also be competing against Lincoln, Balboa and SFI.