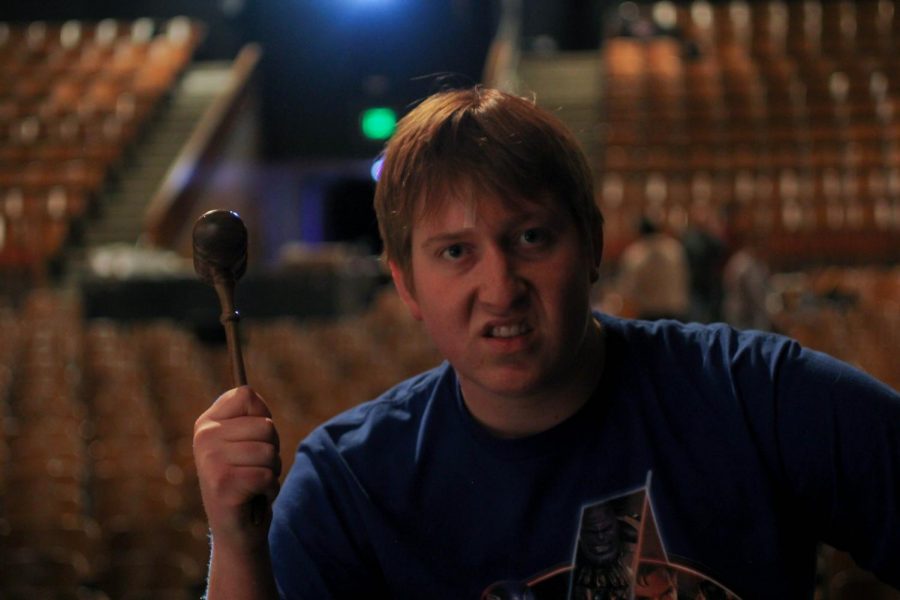 Joseph Guenther, he plays Judge Turpin in the spring musical.

Senior Joseph Guenther is playing Judge Turpin in this year’s spring musical “Sweeney Todd: The Demon Barber of Fleet Street”. The show has been full of new experiences for Gunther, as it’s his first show as a major lead, and one with particularly hard music. “[The music] is in time signatures and keys that I am not used to singing… I’ve learned how to sing different in styles” Guenther said.

This is Guenther’s eighth, and final, show here at Lowell, he’s been involved with Lowell theater since freshman year, when he was first in the Fall Play, A Midsummer Night’s Dream.

However, he’s been involved with  theater since the Summer after fourth grade when he did an SFArts Education Project summer camp, a program that provides public elementary and middle school students with arts education. He was then invited to join their school year program and continued with it through middle school. He  The first time Guenther stepped on stage, he was nervous. “Throughout the rehearsals for my first show at Arts Ed, I didn’t really think about it. But when I got on stage I was like. ‘Woah, this is happening. I gotta do this right, and if I mess up…’” he said. Nerves still affect Guenther, but he’s learned to use them to enhance his performance rather than hinder it. past them, “If the first night goes well, I feel alright. Nerves push me to do better,”  Guenther said.

Lowell Drama’s supportive environment has also made working in the theater enjoyable for him, “Everyone is so nice and supportive of each other,” Guenther said.  “The teachers and directors always make sure you’re comfortable, that you’re doing your best.”

If he could perform in any other  musical for Lowell, Guenther would like to perform South Park: Bigger, Longer, and Uncut. “I just think it’s really funny. Kinda like forbidden fruit, you know?” Guenther said.