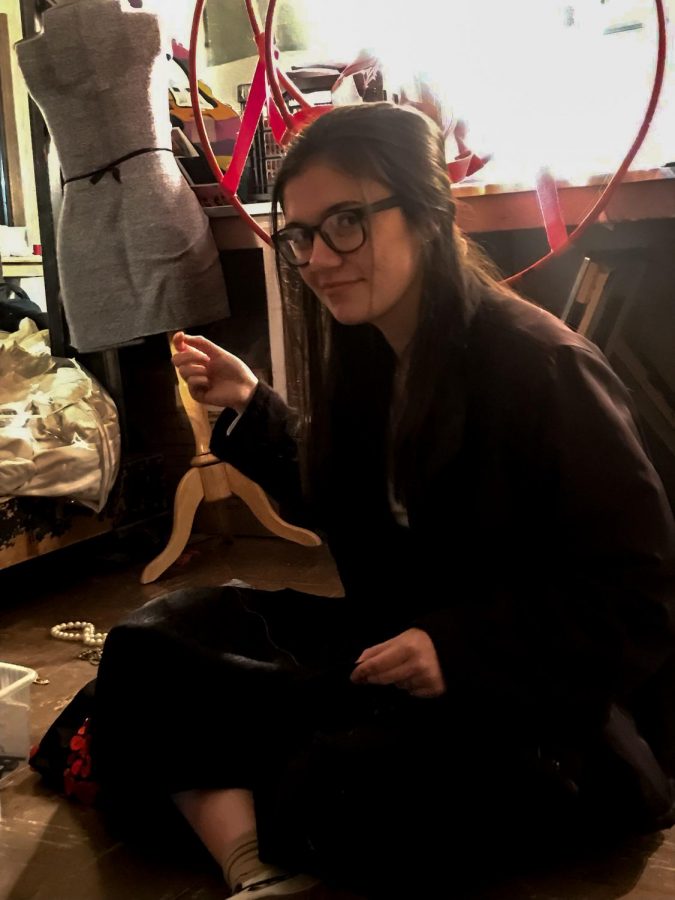 Junior Esme Cohen is a costume designer for Lowell Theater. It was a spontaneous decision inspired by her friend and fellow costume designer Ellie Reiff. Cohen’s love for design stemmed from watching Project Runway as a child.

Despite the level of thought and effort Cohen and the rest of the design team put into the costumes for each production, not very many people outside of Lowell Theater recognize that there is even a costume design team. “We make a lot of it and we just spend a ton of our time here. Then people don’t know we exist.” Cohen said.

Cohen described the costuming process which starts with a concept for the show, making sketches, making the costumes, and then remaking it based on the small amount of materials available to the team. She draws inspiration from other theaters, movies, costumes around the world, her childhood, and even day to day clothing she sees on others.

Cohen’s job isn’t easy, “There’s a lot of challenges, we work on a really low budget,” she said. “A lot of our costumes are haphazard and break frequently and it’s really hard to accommodate so many people.”

One of Cohen’s favorite costume pieces she has worked on is Clytemnestra’s dress from this year’s Fall Play Daughters of Atreus. It was a collaborative effort between Cohen and fellow costume designer Ellie Reiff. Cohen described the dress as, “a 3 layer ball gown, with red on top, purple, then blue, to symbolize her character progression from calm to rage queen.” Cohen said.  “It has this stunning black back V because [Clytemnestra] is the epitome of power. The jewelry piece I made is supposed to emulate armor because she’s strong and we really wanted the audience to see her as a protagonist.”

Outside of costuming for Lowell Drama’s shows, Cohen is a fencing starter for the school team, she runs the literary magazine, and tutors children in math.