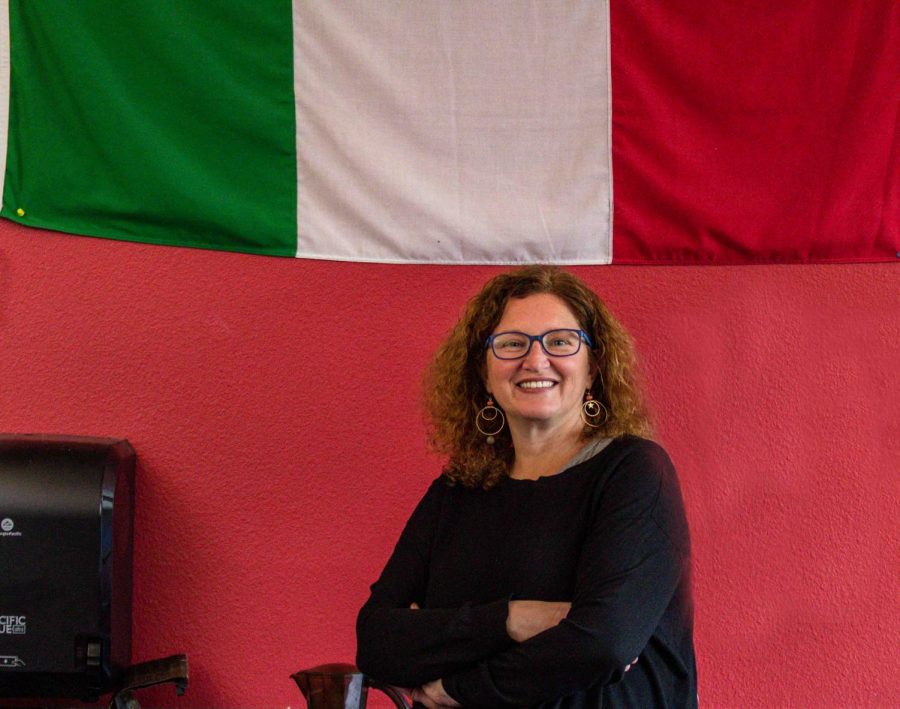 As she stepped onto the plane, her heart was racing. Chiara Pelagatti, 32 years old, was about to leave her entire life in Italy–her friends, her family, her work and her home–to live in San Francisco with her loving husband, who she met when he was on vacation in Italy. As she sat down next to her husband on the airplane, she knew her life was about to change forever.

Pelagatti, now 47, has been an Italian teacher at Lowell High School for 10 years. For the past 15 years, Pelagatti has gone through thick and thin, trying to get the hang of America after she immigrated from Parma, Italy in 2003. She moved to be with her husband after reconnecting 15 years later after meeting for the first time. Now, they live together in San Francisco with their two children.

With no friends or family, she relied on her job as a journalist to start back up again and focus on, but not knowing English would impact her job more than she thought. “Because I was a journalist when I was in Italy, language to me was actually all my life,” Pelagatti said. As she spoke very advanced Italian, it was difficult to restart a new language. Since Pelagatti didn’t have a work visa for her first two years in the U.S., she took ESL classes at City College to learn as much English as possible. Once she familiarized herself with the language and obtained her work visa, she began her search for jobs.

As her fluency in English was still lacking, she decided to practice the language through work. She first volunteered to do work at the front desk at museums, like the de Young Museum and Legion of Honor, to get a sense of the culture of San Francisco. After she gained more confidence in English, she started looking for paying jobs. She simultaneously worked at Yahoo as a contractor in analysis for a year and then worked as a private Italian tutor for children.

In 2007, Pelagatti was offered a job at Lowell. “I was actually less scared than any other job because I was teaching my language so it was in a comfort zone for me,” she said. Pelagatti took her skills in the Italian language and used them to her advantage, and this would be the job that she has stayed at for a long time.

After Pelagatti had settled into Lowell, life started to get easier for her. The struggles of moving to a new country were wearing off. However, her time to enjoy the city would be dwindling soon. After giving birth to her children, life got a lot more hectic as she had to balance her career and motherhood. “After I had my kids in 2008, it became more complicated, because I didn’t have any family,” Pelagatti said. “ It was only my husband and me. It was very intense.” However as her children grew up, she got back into the swing of things.

After having lived in America for 15 years, Pelagatti has finally gotten to fully appreciate the changes she had made in her life. She dealt with the anxieties of a new beginning on a foreign land with her husband. “Moving here was for me a big step and for me to grow since I had to do everything myself to live only with myself I didn’t have anyone helping me,” Pelagatti said.

Pelagatti’s life changed forever when she left Parma, Italy, but she doesn’t regret moving. She never thinks to herself, “Damn. why’d I do it?” because she believes the years she’s lived in San Francisco have been the best of her life. “Moving here helped me know myself better, maybe I didn’t know I could do something that I can,” Pelagatti said. “I’m still learning a lot about this country and this culture. It’s a working process, I can’t say that it’s done.”