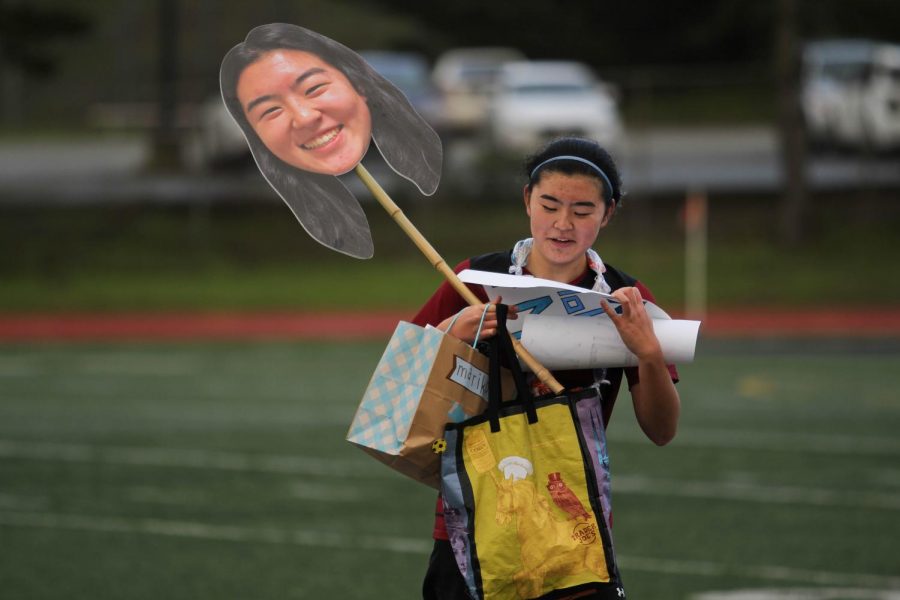 Cheered on by members of the girls softball team and the boys soccer team, as well as numerous students and faculty members, the varsity girls soccer team celebrated Senior Day by preserving their shutout season with a 2-0 win against their fiercest competitor, the Mission Bears, on Feb. 15 at home.

Looking to maintain their shutout season in the Academic Athletic Association league, Lowell arrived at the soccer pitch with the strategy of keeping possession of the ball, according to head coach Amber Wilson. “We wanted to come out strong, obviously not let [Mission] dominate too much,” she said. “But most importantly, is that we have a shutout season, so we didn’t want to have them score anything on us.”

The team’s graduating seniors, midfielder and co-captain Camila Bodden, defender Mariko Hokamura, midfielder Sabrina Lem and defender and co-captain Fiona Plunkett, led the Cardinals in this final home game of the season by successfully implementing the team’s strategy, with Lowell taking possession of the ball from the first minute of the game. However, the Bears’ strong defense proved difficult for the Cardinals to overcome, with team members making numerous fruitless attempts to score.

At halftime, Wilson addressed the approximately 40 spectators in the bleachers to kick-off the Cardinals’ Senior Day festivities, which recognizes the dedication of the seniors on the team. Freshmen, sophomore and junior teammates presented each of their four senior teammates with a poster and a gift bag filled with presents.

The second half of the match got underway with a scoring attempt by sophomore Alice Belshaw-Hood that was blocked by the Bears’ goalie and defenders, as were other efforts by the Cardinals to score. With emotions running high on the Cardinals’ side of the field and the strong skill level of the Bears, the Cards found it particularly difficult to score. “We probably could have played better, but there was a lot of emotion and I was a little bit distracted,” Bodden said. “I’m sure other people were, too.”

Overcoming their emotions in the last four minutes of the game, the Cardinals broke through the Bears’ back defensive players to successfully connect their passes, allowing Bodden, with an assist from Plunkett, to fittingly score the final goal of the Senior Day game.

With both their last home game of the regular season and Senior Day completed, Plunkett and Bodden were reminded of how much they are going to miss their teammates next year. “It’s fun to see everyone in the halls and you automatically have a group of people that you have something in common with, even if you wouldn’t normally,” Bodden said. “Like I’m friends with some of the freshmen that I would absolutely not have known otherwise.”

As the team revs up for the championships and a chance at a 22nd consecutive AAA title, Wilson believes that the Cardinals need to focus on getting into a winning mindset. “It’s just going be a mental game for us,” she said. “I think the skill is really there and I’m super confident in every single player, so I think it’s the nerves that get to them, the games, the fans and being around that because most of our season has been fairly easy competition, so playing against harder competition is when we really have to keep our focus.”

The Cardinals will take on the Mission Bears in the AAA championships at 1:30 p.m. on Feb. 23 at Boxer Stadium in Balboa Park.