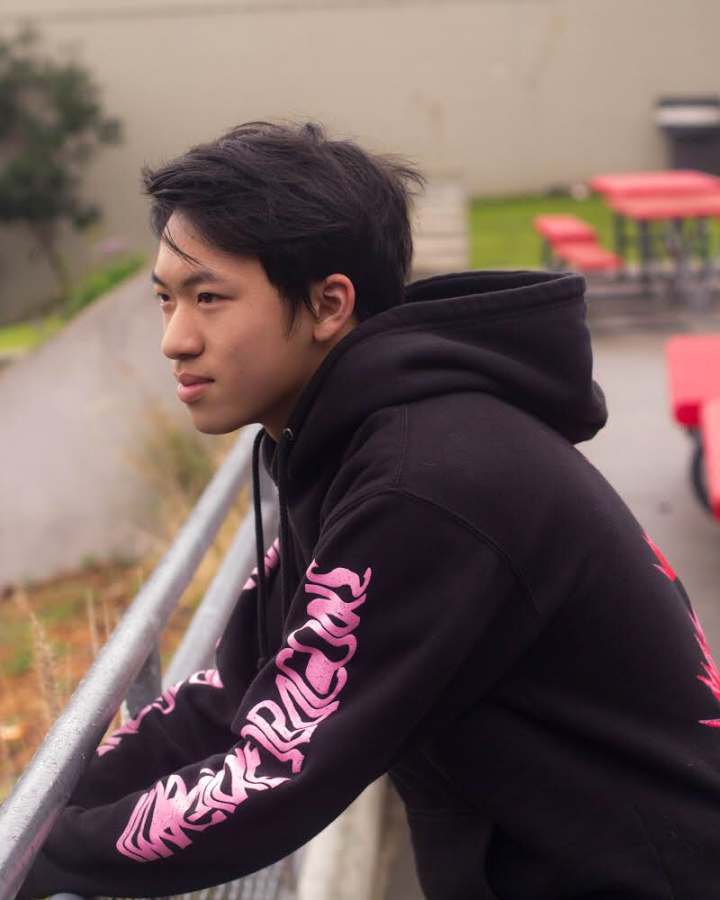 Junior Brandon Lo was first introduced to the world of creative writing in third grade, when he started reading books by Rick Riordan. Since then he’s moved from reading the work of other authors to writing stories himself. Lo is currently a member of Lowell’s literary magazine, and despite the academic demands of his classes, he writes almost every day and has finished several novel-length manuscripts.

When did you start writing, and how did you get into it?

I think it was third grade; I picked up one of Rick Riordan’s books. That was my first introduction to it. I read through all of his books in third grade. Fourth grade was my Harry Potter phase. And sixth grade onward, I started trying to write my own stuff. At first, I started with one of my old middle school friends. That didn’t really work out so well, and I started moving towards the independent side. I think every year, although I don’t really publish anything, and I don’t really have many people look at it, I still think that it’s improving, and that’s why I continue to do it, is because I know I can continue to improve.

Who or what inspires you?

Like I said, Rick Riordan was my first author, I think, where I followed all of their books. I think right now, I’m not following him as religiously as I used to, but I remember that I really liked his creative take on mythology. That was really cool to me. Harry Potter, I think, was just me nerding out. That was also cool because it was more mature than Rick Riordan’s books were, like his [books] were more geared towards younger children. I think at the time that Harry Potter was sort of like a step up.

Nowadays, I’m not as into these authors, mainly because they don’t produce as much stuff anymore, and I don’t know where J.K. Rowling is right now. I started getting into Asian American Literature about a year or two ago, sort of my freshman-sophomore summer. I really got into Haruki Murakami. His stories are very surreal. There’s sort of an ethereal aspect to them, and they have that atmosphere. I also really enjoy Fuminori Nakamura, who is a crime fiction author, and some of his works are pretty cool as well.

Sci-Fi and fantasy, but I always like to have a little bit of philosophy in it. Usually I mess around with those. I did try to do historical fiction at one point in time; I spent a lot of time researching World War II for that one. It turned out okay, but I didn’t finish it. I lost motivation.

I don’t like to do shorter stories that often. It’s sort of hard for me whenever there’s a word count involved. I tend to ramble on a lot, then I have to go back and change all that. Most of the time I have a sort of interconnected plot between things. They sort of spread out into different books, like Harry Potter. That was my big inspiration.

I do like to have little references to other works, even though nobody will ever get them. It’s just my own thing to do.

What are your current favorite things that you’ve written?

That’s tough, because I’m currently in the middle of revising one of my manuscripts. I don’t know if I would call it my favorite. I have two main story concepts that I’m playing around with, and then a third one on the side. I’d like to say one of them has better characters and one of them has a better plot, but they’re not combined, so it’s like, “What am I supposed to do?”

How long are your manuscripts?

I think the shortest they’ve ever been is around 200 pages.

How often do you write?

I was writing a lot before winter break. When winter break came, I’m not exactly sure why but I slowed down. I try to keep a thousand words a day, usually, but then with school and tests and stuff it’s really hard to keep on that schedule. I think I slowed down mainly because I really started getting into digital drawing recently. It’s sort of a way for me to visualize what my characters, what the setting looks like. So that’s probably why I’ve been focusing more attention on that. But I’m trying to get back into it within the next couple of weeks. Hopefully.

Do you plan to continue writing into your adult life?

I [really] want to do it as a career. I think being an author would be really cool. I used to look up to Rick Riordan, I still look up to J.K. Rowling, and I feel like it would be kind of cool to be in their shoes. But my family is like, “You don’t wanna do that, because books are dying.” I mean we’re in a digital age now, it’s sort of harder for books to gain traction. I worked at a bookstore over the summer actually, and they closed down recently.

Do you think Lowell should have a creative writing class?

I would love that. I just find it kind of easier to convey my thoughts through words, and that’s sort of how I’ve gone through my life. I feel like it would be really cool to have a creative writing class, and I think there’s definitely more than a couple of English teachers who want that. So I would support the creation of one, yeah.

Tell me about your experience with the literary magazine.

I joined this year, and I haven’t really done too much. This is sort of a new experience for me, getting into a community of artists in the first place. The [middle] school I went to was pretty small, it was a small private school in the Richmond district, so I didn’t really have too much exposure to public school kids. There’s a lot more of you guys, and also other artists like myself. So it’s definitely a cool experience so far, and I feel like I could learn from that, because there’s more criticism directed inwards. And I kind of need people to roast my stuff, if I’m gonna change it, ’cause otherwise I won’t do it.

How do you balance writing and schoolwork?

Before I moved closer to Lowell, I used to be on the bus for about 30 to 40 minutes every morning, so I would do my writing then, and then on the way back home I would also do writing there. I usually got 500, 600 done in that time. (I’m making myself sound more productive than I am). But nowadays, because I’m closer to school, I get home earlier. I stay up later to write, so that’s usually how I get my word count in. But recently, I’ve been forced to dedicate all that time to studying.

How has Lowell changed how you write?

I think definitely the people I’ve met so far have played into that factor, because I like to use people in my own life as basis for my characters. There’s more than a few people I’ve taken inspiration off of. But overall I think I’ve learned that it’s tough to be a writer, especially when not that many people know about it, or care about it, unfortunately. But I think that it’s worth it to stick out.

That’s so broad. I like the ability to make people cry or laugh or feel emotions. I think that’s a really cool part about creative writing, and just art in general. I think also it’s fun to see [stories] play out in my head, and then see it play out on the page, if that makes sense. Somewhere I read a quote, like, “The first draft of every novel is just you telling yourself the story.” I really like that quote, because most of my stuff ends up being first drafts and doesn’t go past that.

Is there anything else you want to say about your journey as a creative writer?

I think it’s worth it in the end. It’s definitely something that I find interesting. If people are into creative writing I wouldn’t encourage them to drop it at all. I think if they really are passionate about it, then they should follow that into the future. I’m not exactly sure where I stand right now, because my family is like, “Oh, go into a tech job or something, engineering, physics,” all the stuff that makes you money these days. They’re like, “Writing isn’t really gonna be a stable job in the future.” Or they’re like, “Become a journalist.” But you know, no offence to you guys, but journalists can be a little bit untruthful sometimes, I find in my experience. Not to diss on this newspaper or anything, but the city newspapers, sometimes they have BS in it. I feel like definitely creative writing is the way to go. But that’s just my standpoint on it.