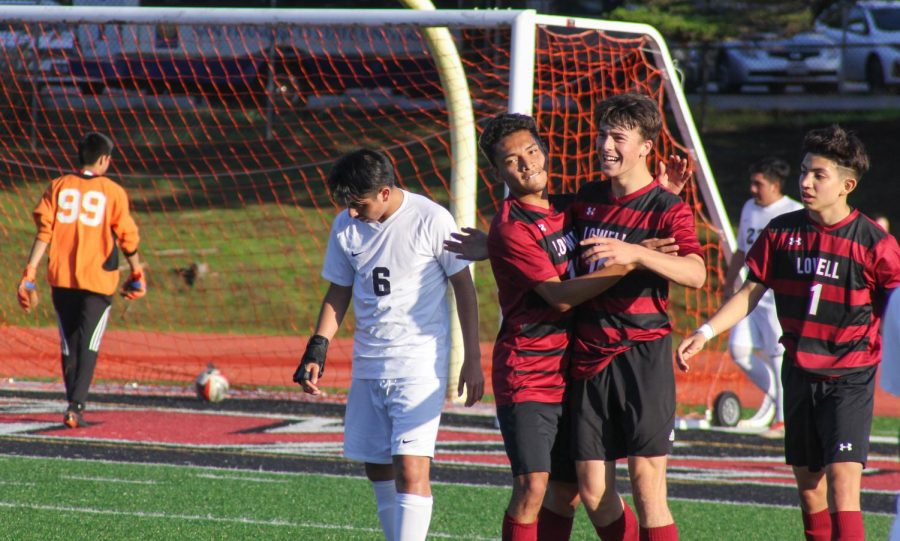 In a back and forth battle, the boys soccer team beat the Leadership Griffins 2-0 on Jan. 31, at home.

Christina JohnsonSenior forward Juan Tulio Martinez keeps the ball under control as he avoids the Griffins.

The match started off lively, with the two teams eager to gain possession of the ball. The Cardinals were on offense, creating chances at the goal, but none of the Cardinals’ shots were leading to goals. Leadership was holding their ground well, not letting Lowell’s wingers get on the ball, while also closing gaps in the middle of the field. The Griffins were also getting their own chances in Lowell’s half and keeping a great pace for the game.

Coming in the end of the first half, Lowell looked like the more dominant team, drawing fouls from Leadership’s midfield and coming even closer with shots on goal. With a goal kick, Lowell played out of the back and up the field. The team was working well together, with a large chain of passes up the midfield. The ball ended up at senior midfielder Eric Pearce’s feet, where he went on to beat the Leadership goalkeeper and plant the ball in the back of the net, putting the first point on the board. Just three minutes after this goal, senior Juan Tulio Martinez turns on a Leadership defender and put the ball past the goalkeeper again to make it 2-0. 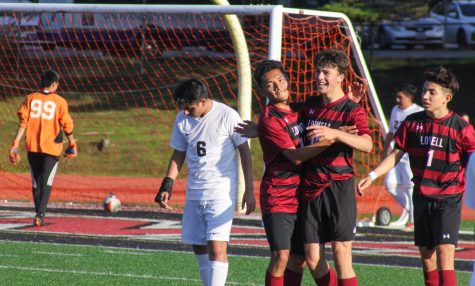 The first half came to an end with a Leadership free kick from just outside Lowell’s penalty area. Leadership senior Edwin Ocon took the shot under the wall of defending players, a strategy not commonly seen at the high school level. While a good shot, it was to no avail for the Griffins.

Coach Juan Lopez made no substitutions at the half, but encouraged his team not to let the Griffins’ advancements lead to Lowell’s demise.

Going into the second half, Lowell was still playing aggressively. “We need to drop,” encouraged Lopez, urging his team to play more defensively against Leadership’s fast pace.

Leadership kept up this pace, and great pressure on Lowell’s defensive line by slide-tackling many Lowell players who attempted to play down the line. Lowell was stopped from scoring for the rest of the game, leaving the final score at 2-0.

Lopez was proud of his team’s performance on the match, but knew there is room for improvement in capitalizing on opportunities they create in the opponents’ goal area. Lopez also remarked on Leaderships performance, giving credit to their hard work on the pitch. “They’re last years’ champions, they played hard…that’s a good team over there that we just played against.” 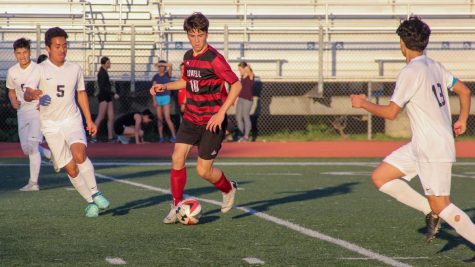 The Cardinals’ next match will be against George Washington, a Battle of the Birds match, taking place at 3:30 p.m. on Feb. 14 at Lowell. This final regular season game may determine whether or not they will head to the playoffs.