How boys’ soccer prevailed in champs against Mission Bears 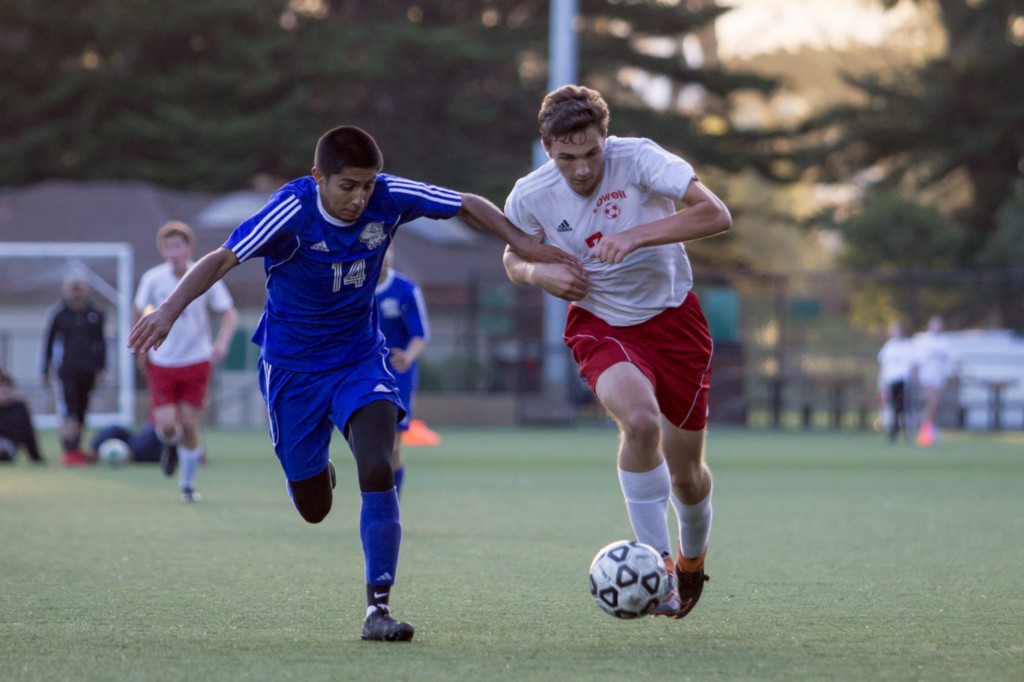 Junior forward Cian O’Dwyer pushes the ball past the Jaguar defender in the playoff game on Nov. 5. The Cardinals won the game 4–0 and moved on to win the championship 1–0 against the Mission Bears on Nov 7. Photo by Leonard Caoili

The players entered the field with a mindset of working with one another.

The boys’ soccer team claimed its title as Academic Athletic Association champions in a 1–0 victory against the Mission Bears on Nov. 7.

In previous matches against the Bears earlier in the season, the Cardinals lost to them with respective scores of 4–0 and 2–0. Using this final match as a chance to redeem themselves, the players entered the field with a mindset of working with one another and letting it all play out on the field. The Cardinals kept possession of the ball throughout the first half. However, by the end of the half, neither team got on the scoreboard. 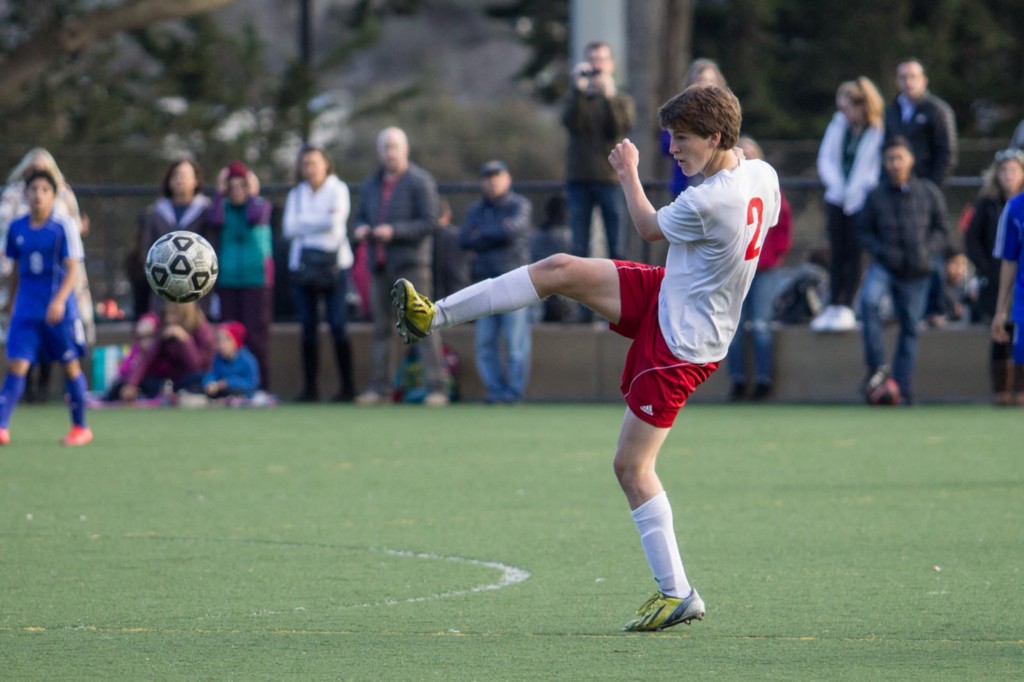 Junior midfielder Nicholas Kaliss kicks the ball. Photo by Leonard CaoiliThis approach opened up space behind their defense, and allowed players to break through and pass the ball to the forwards.

During the second half, the Bears controlled the ball. The team gained an advantage with a pentalty kick after sophomore midfielder Razmig Makasdjian was taken down on the field. Senior co-captain and forward Parker Moxley scored the penalty kick, which brought the score up 1–0. Lowell upheld the score for the remainder of the game, conquering the Bears at last. At the end of the day. the boys carried home the gold AAA trophy.

The Cardinals sealed the season with a record of 10–3–2. They associated their wins to their overall strategy of maintaining possession of the ball in order to tease out the opposing team’s defense. This approach opened up space behind their defense, and allowed players to break through and pass the ball to the forwards.

However, the team’s strategy required some time to adjust to, according to Moxley. “The change and learning how to play it was a challenge for the team, but all in all helped us in the end as well,” Moxley said. 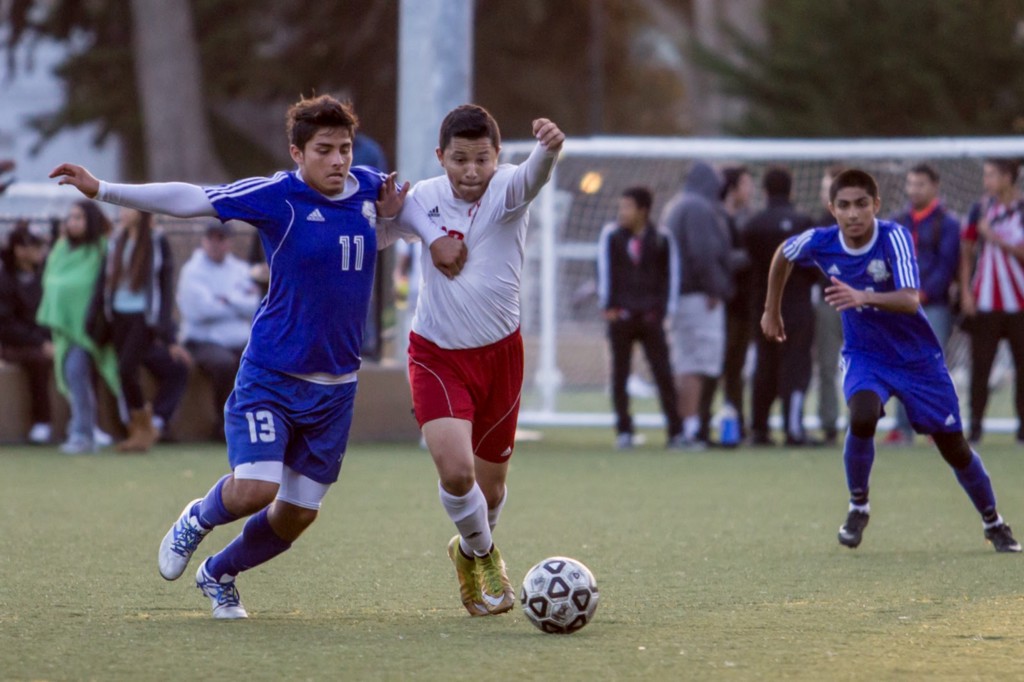 Senior midfielder Juan Osorio wrestles with a Jaguar player for possession of the ball. Photo by Leonard Caoili“Our captains helped tremendously in their leadership roles by mentoring the younger players and creating a team friendly environment.”

The Cardinals overcame a shaky start to the season with a record of 1–2–1. They coped with several injuries that caused the team’s more seasoned players to sit out several games. These obstacles fostered some doubt in the team’s ability to have a prosperous season. Morgan also worried that other factors had the team at a disadvantage. “After almost our entire championship starting squad graduated last May, I felt as though both the returners and the coaches were doubting whether or not we would have a successful season,” he said. “We didn’t know what formation we were going to settle into until maybe a week or two into the season, and we were still in the process of figuring out which players would play best in certain positions. It personally made me very nervous about our success as a team.”

Despite some doubts about the team’s capability, the Cardinals were able to prove themselves with an accomplished season. “Although people didn’t expect us to even make it to champs, we were able to achieve our goal of winning the championship, which I think is pretty cool,” Boden-Gologorsky said. 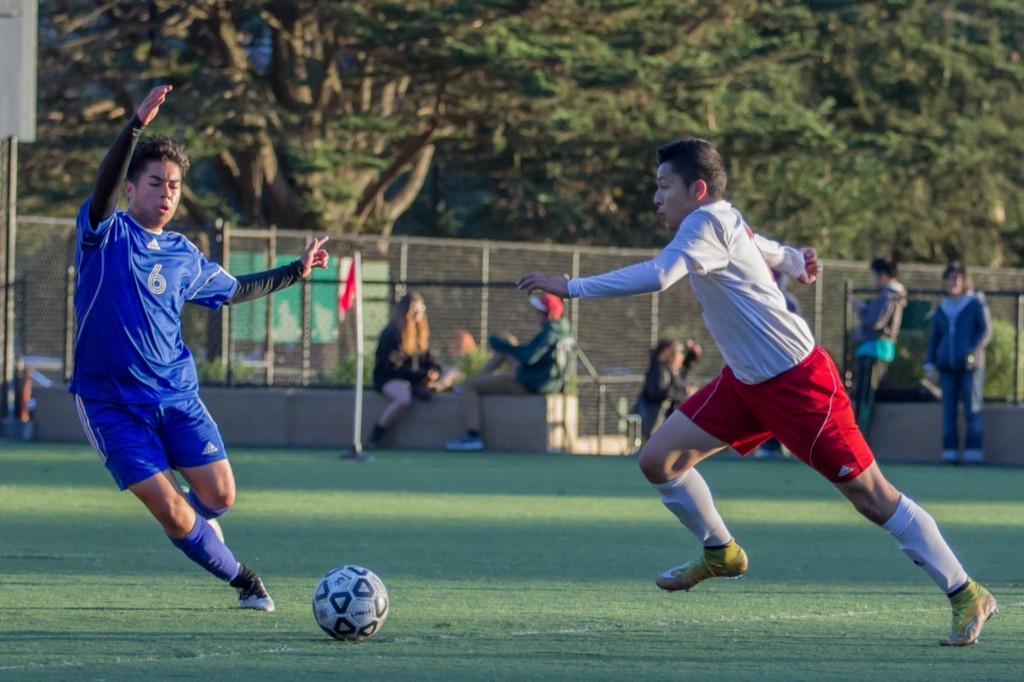