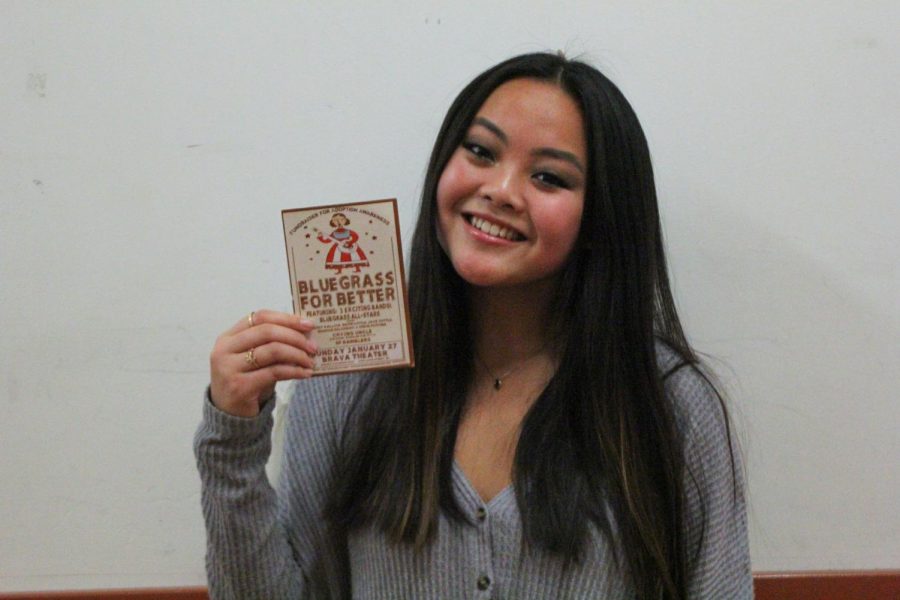 When she was a mere 9 months old, junior Helen Ludé boarded a plane in her birthplace of Fangcheng, Guangxi, China that would take her and her newly adoptive parents 6,000 miles and through multiple time zones to the new family’s home in San Francisco. 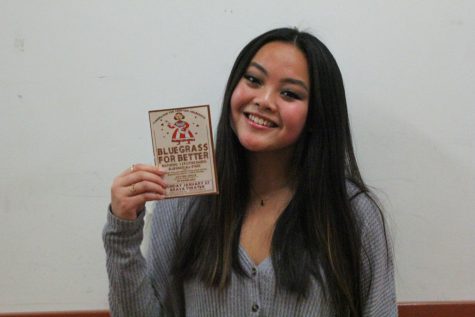 In April 2018, the 16-year-old took an adventurous step into philanthropy by combining the experience of her international adoption with her love for bluegrass music to found Bluegrass for Better, a 501(c)(3) nonprofit organization that raises money to support orphanages in China and spread adoption awareness. On Jan. 27, Bluegrass for Better will hold its first fundraising event, a benefit concert at the Brava Theater that will include Grammy award-winning bluegrass singer Kathy Kallick, as well as multiple bluegrass bands. Ludé said that she is aiming to fundraise $6,000 through the concert.

Although Ludé was aware from a very young age that she was adopted, it wasn’t until last spring that she began to ponder the large impact that adoption has had on her life. “I really never thought of [my adoption] until recently,” she said. “I don’t even know how that came about, it kind of just did.”

With adoption always seeming to be a slightly uncomfortable topic of discussion in Ludé’s household, she has only recently begun to ask her parents more questions about her own adoption. Ludé does not know who her biological parents are, due to the circumstances surrounding the one-child-per-family policy enforced in China at the time of her adoption, and she says she does not have a desire to search for them. “In China, with the one-child policy, it was illegal to have more than one kid and it was also illegal to abandon your kid, so a parent couldn’t say, ‘Oh that was my kid’ when they left them on the street or brought them to an orphanage,” Ludé said. “So, I have absolutely no way of knowing who my birth parents are, but I’m fine with that. I’m super happy with my life right now and the life I was given.”

Despite her contentment, Ludé does struggle at times with her identity, a battle she believes is born out of an “internal conflict between who I feel like and how I look,” she said. Ludé’s father is Caucasian, while her mother is fourth-generation Chinese American. Given the contrast of her upbringing in San Francisco by an interracial couple and her birth in China, Ludé feels that many people may make misconceptions about her. “I might look a certain way, so people might look at me and think certain things, but I feel completely different and I feel like I’m often categorized into these stereotypes,” she said.

The only connection Ludé has had to her native culture is her education in the Mandarin immersion program she was enrolled in at Starr King Elementary School, where she says the majority of her classmates were in a very similar situation to hers. “Most of my classmates were adopted in China around the same time [as me] and their parents were white or not Chinese or they couldn’t teach them the culture themselves,” she said. “So it wasn’t weird being adopted from China because literally half the class was.”

It was her love of bluegrass, though, that was nurtured by her adoptive parents. Starting even before Ludé was enrolled in school, they shared with her their enthusiasm for this form of American roots music, and at age 7, Ludé began to learn to play bluegrass guitar. Traveling to the Father’s Day Festival in Grass Valley was an annual event for the family, and Ludé gained her first experience playing an instrument on stage in the Kids on Bluegrass program at the festival. “It’s basically where kids play on the stage that all these national acts play on and it’s really cool,” she said. “That’s where I gained some stage experience, but that’s also where I met all my bluegrass friends and that’s how I got integrated into that community.”

With her growing interest in overseas adoption and her passion for bluegrass, Ludé says the decision to found Bluegrass for Better seemed obvious. “What’s better than fundraising through something that you love doing?” she asked herself.

Despite her enthusiasm for the cause, Ludé admits juggling the obligations of being the founder of a nonprofit and a student at Lowell has been challenging. “I could not even explain how many hours have been put into this nonprofit, especially the upcoming benefit concert,” Ludé said. “I’ll be in class and I’ll be writing emails to our venue while I’m supposed to be listening to the lecture, and it’s really, really hard.”

Still, she is forging onward, confident that an even bigger benefit concert will happen in the future. “The Brava Theater, which this upcoming benefit concert is at, holds about 360 people, but we’re probably not going to fill all those seats,” Ludé said. “But for our next concert, I want to fill more of those seats and raise more money and grow our nonprofit.”

When the last note of music is played at this Sunday’s benefit concert, Ludé says she will feel a sense of relief and accomplishment, and will focus on her next items on her to-do list for Bluegrass for Better: applying for grant funding and planning a summer trip to her birthplace of Fangcheng, where she will volunteer at an orphanage and play bluegrass music for the children.

For more information about the Bluegrass for Better concert on January 27, visit https://bluegrassforbetter.org/.