https://medium.com/media/732f5e69ba22b6d3126d96cf35c7dfac/href“Now that we have more numbers in the middle, we can get the ball out to the wings and bring the ball to the forwards.”

The varsity boys’ soccer team took revenge on Monday Sept. 29 as it shut-out the San Francisco International Jaguars 4–0. The Cardinals have come back this season full throttle after their 3–2 loss in the semifinals last year to SFI.

The game kicked off with immediate defensive pressure from SFI which kept the Cardinals on edge. The Jaguars are highly skilled compared to the other teams the Cardinals have faced this season, according to junior forward Parker Moxley. 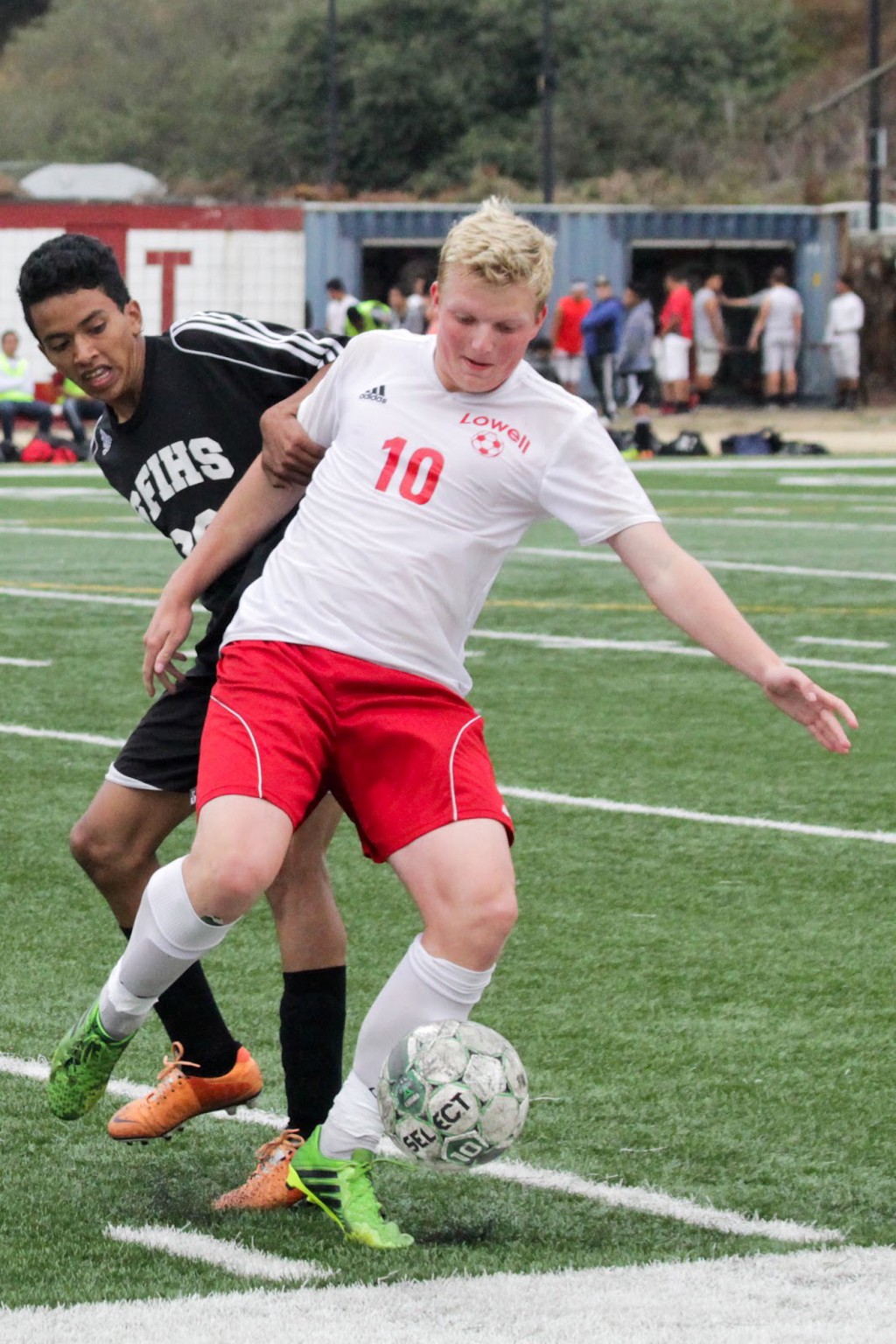 Senior midfielder Tim Eilers focuses on the ball in in the varsity boys’ soccer team’s 4–0 victory over the San Francisco International Jaguars on Sept. 29. Photo by Karina Huft

Don’t try this at home.“The other team wasn’t really used to it.”

But the Cardinals’ new 4–2–3–1 (4 defenders, 2 defensive midfielders, 3 midfielders, 1 lone striker) formation ended the anxiety and after the first 10 minutes, the players looked to have shaken off their nerves.

“The other team wasn’t really used to it,” Moxley said. “Last year we did the 3–4–3 formation. Now that we have more numbers in the middle, we can get the ball out to the wings and bring the ball to the forwards. And that’s what we did today.” 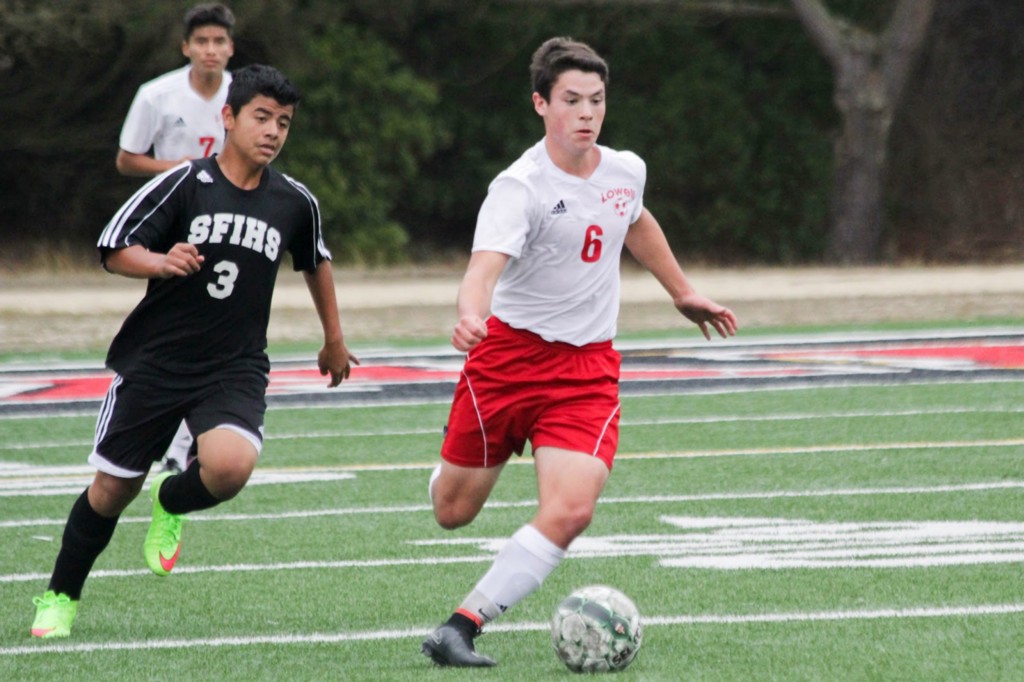 Senior defender Jacob Hawver-Pachter flies past a Jaguar defender on Sept. 29. Photo by Karina Huft“It’s all about our defensive shape.”

By strategizing swift counterattacks and opening up space to the striker, Moxley scored the first two goals for the Cardinals, who led 2–0 after the first half.

In the second half, Lowell looked more at ease as the players moved quickly and precisely around SFI allowing for sophomore forward and midfielder Cian O’Dwyer to score two more goals.

O’Dwyer credits the defense for the Cardinal’s success. “It’s all about our defensive shape,” he said. “I think it’s good that we’ve got one of our captains, Luis Bautista, on the back, making us all a unit. We’re going to win this season I’m sure.” 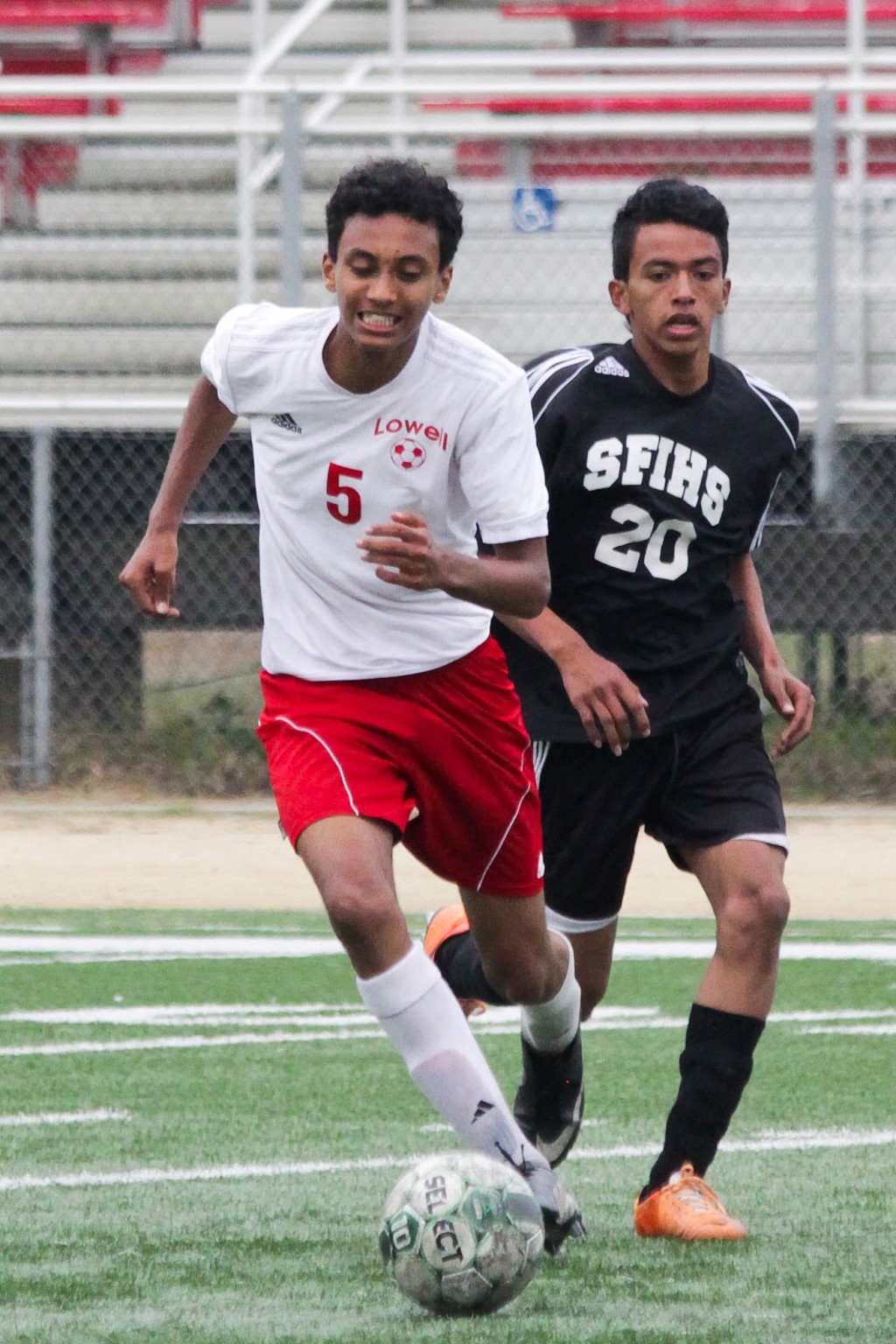 Senior midfielder Evan Berhe gains control of the ball. Photo by Karina Huft“It allows them to be more relaxed and enjoy the game for what it is.”

Once the final whistle blew, the Cardinals won 4–0.

Confidence is in the air for the varsity boys’ soccer with no-look passes, bicycle kick attempts and fancy footwork. “The team as a unit is playing well because they all understand what is expected from them within our system of play,” coach Juan Lopez said. “It allows them to be more relaxed and enjoy the game for what it is.” 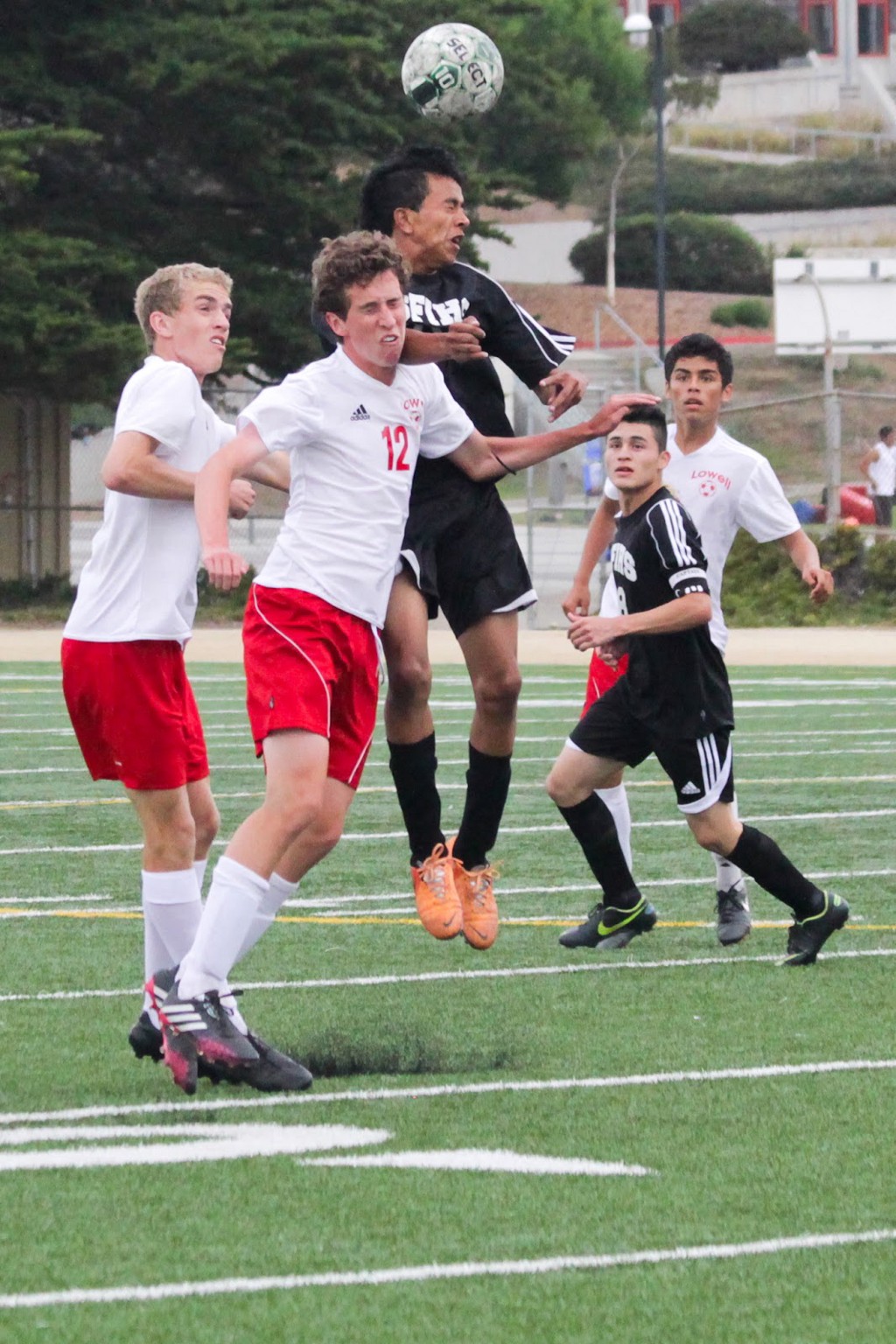 Junior midfielder Leif Morgan (12) attempts a header during the match. The Cardinals got revenge over SFI, who defeated Lowell in last season’s semi-final. Photo by Karina Huft