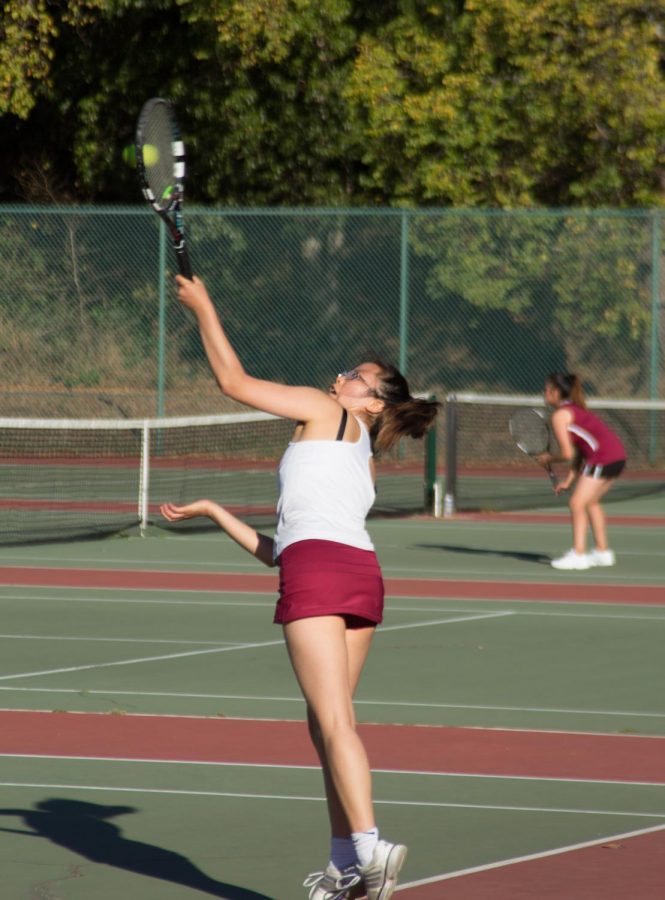 Prior to the championship, the Cardinals also emerged victorious in the All-City Individual on Oct. 22. In the doubles division, seniors Kathleen Mai and Xian Fong defeated senior Dephny Duan and sophomore Kaitlin Canotal 6-4, 6-4, taking down the girl’s doubles champion title.  In the singles division, however, senior Arina Caliman’s path to claiming the girl’s singles champion was cut short with a narrow 6-3, 6-4 loss against a Washington Eagle.
Updates on NorCal
As the SF Section Girls Tennis team champion, the Cardinals continued to sweep victory in the CIF NorCal Tournament. The team defeated the Oakland Section champion Oakland Tech 7-0 in the first round on Nov. 14 at the Bay Club in San Francisco. This win sends the Cards off to the quarterfinals on Nov. 30 at the Broadstone Racquet Club in Folsom.