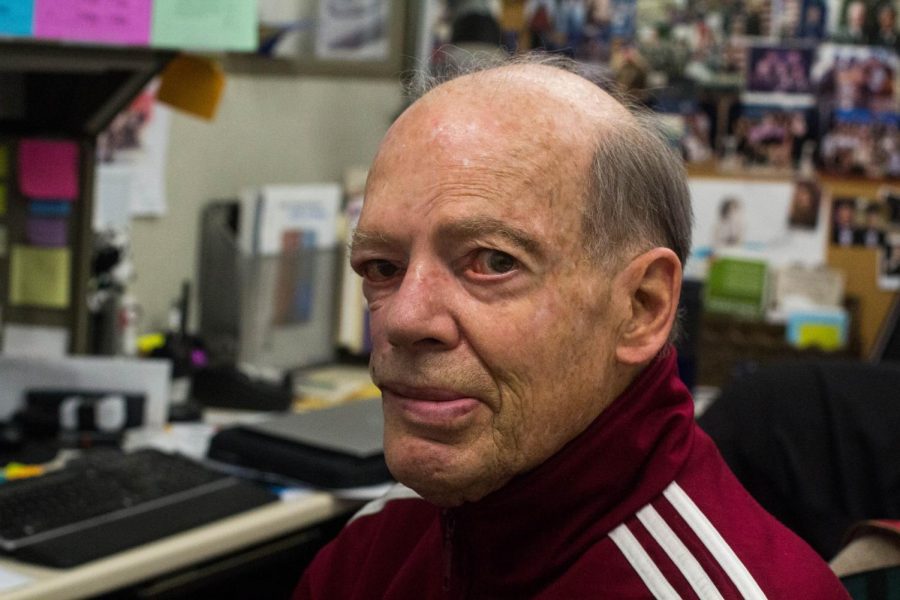 Milton Axt, the “historian of the [P.E.] department,” in fellow P.E. teacher Cambria Gersten’s words, sat at his desk in the JROTC room. He took out a mailing envelope and shuffled around the index cards inside. Each one had a carefully written quote from influential figures, football players and old students. Whenever someone entered the office, he would choose one card and share the knowledge it contained with them, while they listened.

After a 40-year career, P.E. teacher Axt has retired from Lowell.

Axt taught his first P.E. class at Lowell in the 1965-66 school year. He taught on and off between 1978 and 1987. In between, he took several year-long breaks where he considered retirement and alternative careers, but always came back, feeling that he was not ready to leave teaching. In 1988, he settled down at Lowell permanently.

Over the span of his long career at Lowell, Axt has coached and mentored many athletes. He is always glad when old students return. According to Axt, one old football player visited him all the way from Kansas a couple years ago and the two were able to reconnect. Axt recalls another time when he ran into a different football player on the corner of San Jose Avenue and Ocean Street two years ago and they both stopped to say hello. Though a brief encounter, Axt was able to see how a former football player, who he coached, had moved on to the next phase of his life. “That’s really what it’s about,” said Axt, reflecting on the value of being able to reconnect with past students and players.

Past students still remember the effect Axt had on their lives and the contributions he made to the school. Junior Dylan Lukanovic, who had Axt during his last year teaching, can attest to this. “His class taught kids who were used to doing the minimum to set high goals and work hard to obtain them,” Lukanovic said.

Axt’s contributions towards the school are not only evident in the students he has helped succeed. Gersten recalls that he always provided stability, experience, advice and knowledge for the rest of the PE department as well. “I think that when you have these teachers who have been around forever you kind of just assume that they’ll always be there,” Gersten said. She remembers him as a sort of legend in the Lowell community and P.E. department. “Any time I would tell somebody I work at Lowell and they had graduated 40 years ago, 20 years ago, ten years ago, one of their first questions is. ‘Is Mr. Axt still there?’” Gersten said. 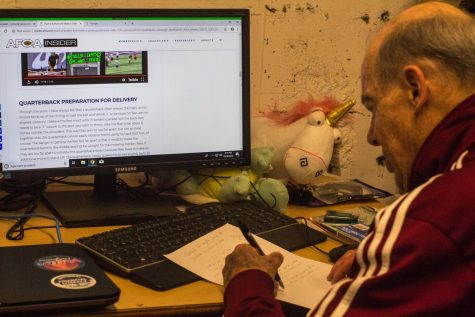 Despite his prominence in the Lowell community, Axt felt that he was not able to contribute to Lowell as a P.E. teacher anymore because of the generation gap between him and his students and the need to focus on his own health. “It was time,” Axt said, describing his decision.

In the end, giving up teaching has opened up many more opportunities for him. He currently provides support for Colonel Bullard in the JROTC room as a volunteer. This proved to be a perfect fit for Axt. It allows him to share his knowledge and experience from the U.S. Navy and Air Force Reserves, with students who need it.

Even if Axt is no longer a full-time PE teacher, he does not consider himself truly retired. “Retirement is not a part of my vocabulary,” he said. He is still contributing and working to help other people. According to Axt, the work and journey of life only stop at the grave.