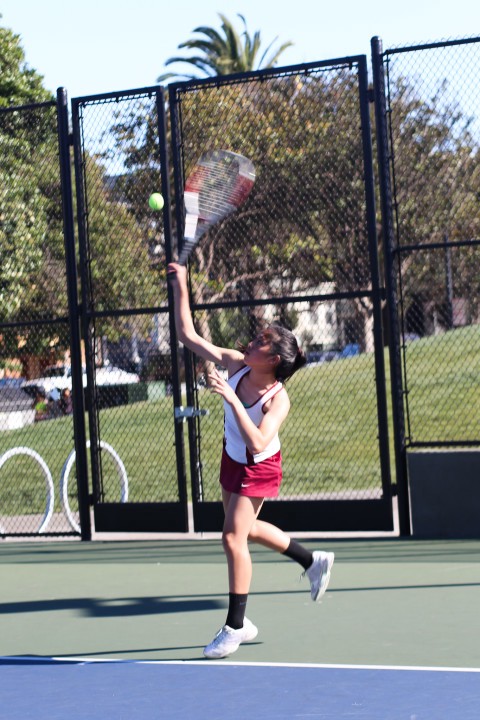 Sophomore Olivia Pan serves the ball in the first regular game of the season against the Mission Bears on Sept. 9. The team crushed the Bears 7–0. Photos courtesy by JoyAnne Ibay

The Cardinals outplayed their opponents in both singles and doubles matches. Senior captain Rebecca Chen won her singles match 6–0, 6–0, along with freshman Arina Caliman 6–1, 6–0, junior Bernice Zhu 6–1, 6–0 and freshman Miranda Larkin 6–2, 6–2. “The team did great today. Our team has some very solid ground strokes, but I think we could still work on net play,” Chen said. 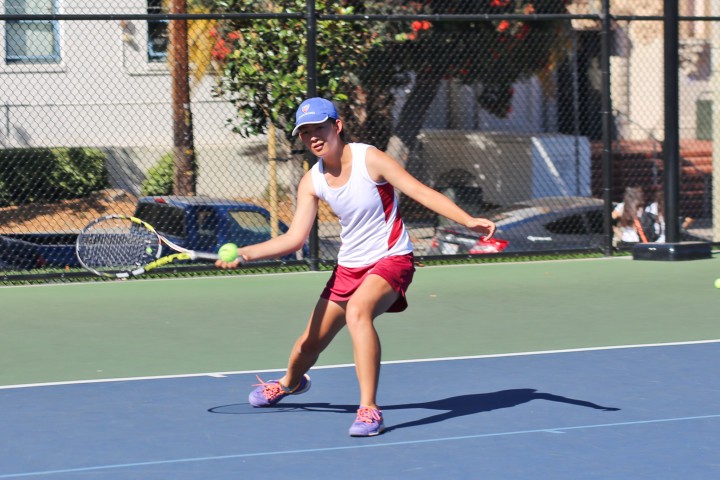 Senior captain Rebecca Chen rallies against her opponent. She swept her singles match 6–0, 6–0.

All the younger girls did extremely well and the more experienced girls did even better.

Although the team won, there were still things that could have been improved on, according to Liu. “Volleying and also getting the balls in general need to be practiced,” she said. “For example, there was a lot of confusion about who would get drop shots and who was at the net or at the base line. We need to work on switching too.”

Six of the team members who played in yesterday’s game were new additions to the team, according to assistant coach John Mohr. “We did very well. All the younger girls did extremely well and the more experienced girls did even better. One of the things they need to do is work on their serves, otherwise everything was great,” he said. 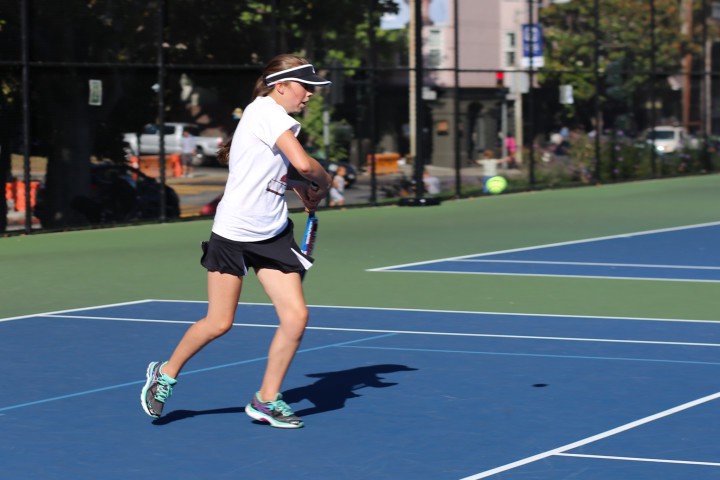 Freshman Miranda Larkin approaches the ball for a backhand.

With the heat reaching up to the mid-80s, the girls were able to push through and come out on top. “It was a really hot day and I noticed a bunch of us were being very sluggish and not running to the balls, but overall I think we outplayed Mission,” Kacimi said.

The Cardinals started their season strong winning their first two games. The next game will be next Thursday at Lowell against Lick-Wilmerding.