How JV boys’ basketball bounces back against Mission 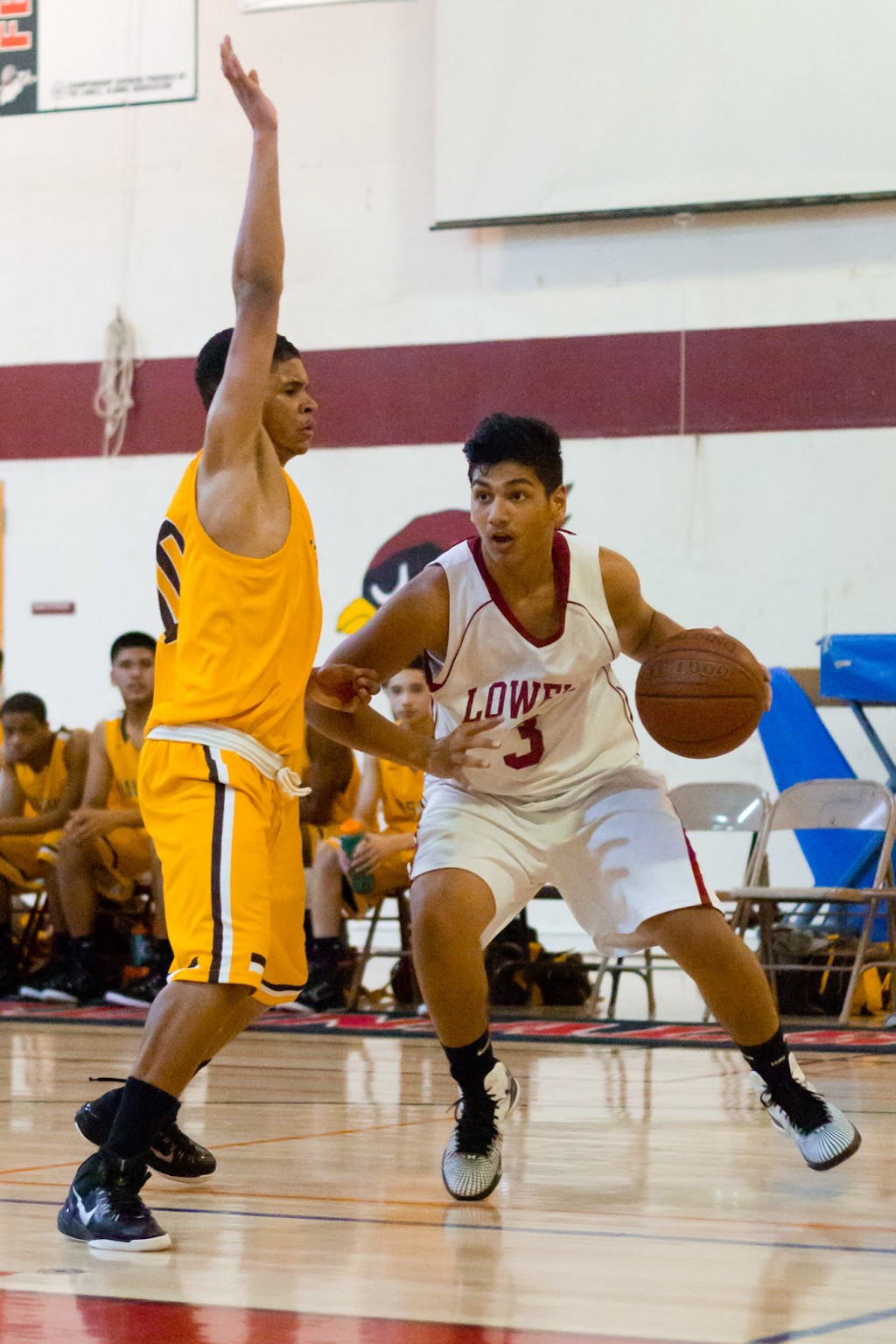 Sophomore forward Amaan Shaikh looks for options on the court in the Cardinals’ 45–39 victory over the Mission Bears on Feb. 5. Photo by Karina Huft

After recovering from a rough beginning, the JV boys’ basketball team pulled ahead of the Mission Bears, winning the game 45–39 on Feb. 5.

The Bears broke ahead early in the first quarter. According to sophomore guard and team captain Maxwell Hum, this was because the Cardinals were unfamiliar with Mission’s team. “We didn’t know how to play against this team,” Hum said. “But we eventually figured it out, and we recovered.” By the end of the first quarter, Lowell was only behind 11–9. 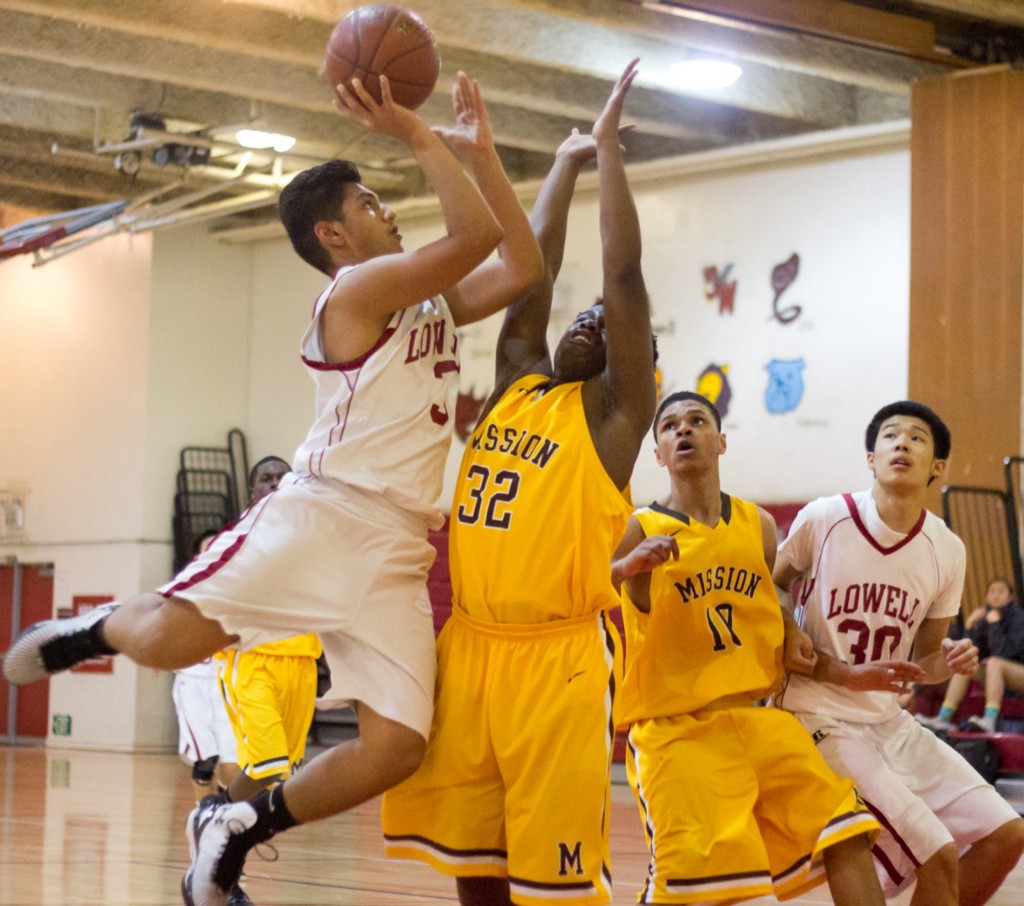 Shaikh attempts a shot on Feb. 5. Photo by Karina Huft

The intensity of the game grew during the second and third quarters, as Mission struggled to maintain its lead. Mission played very aggressive defense, taking advantage of full-court press whenever possible and often double-teaming the player with the ball. Remarkably, the Cardinals managed to endure this aggressive play style while keeping the tempo of the game slow-paced. When heavily pressured, the player with the ball effectively pivoted to find teammates to pass to. By constantly passing the ball, the Cardinals eventually found opportunities, and kept pace with Mission.

“I think we need to understand how to handle different teams better.”

Mission couldn’t match Lowell’s persistent offense, and dragged behind in the fourth quarter. Because of its aggressive defense, Mission had accumulated a lot of fouls, giving Lowell a bonus, an extra free throw whenever Mission fouled Lowell’s player on the ground. This bonus, along with the Cardinal’s ability to find good opportunities to shoot boosted them ahead of Mission in the last four minutes of the game. “I think we need to understand how to handle different teams better,” said Hum. “But other than that, I think we performed well, and we will do well.”∂∂