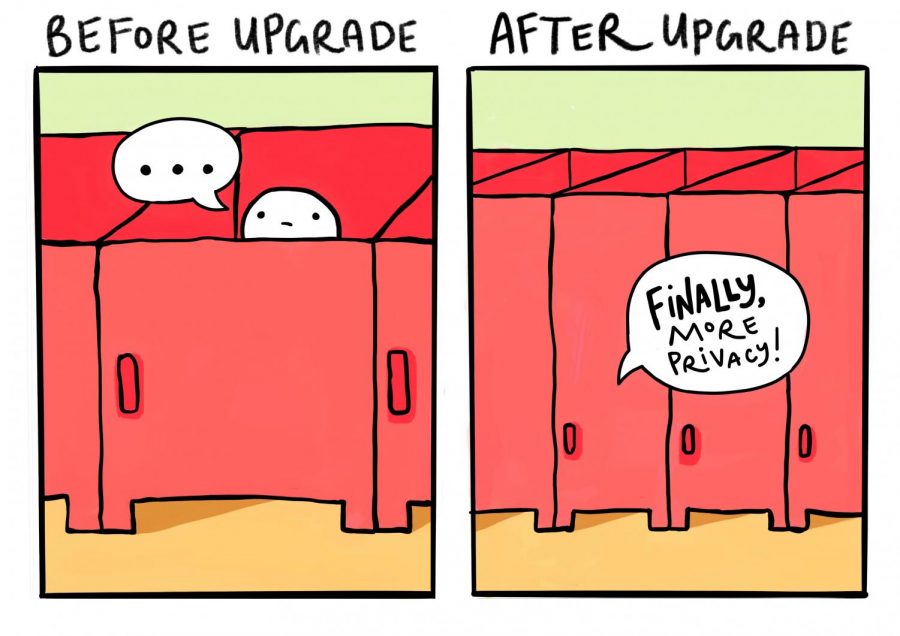 During the summer of 2018, various improvements have been made to the bathrooms, some of which include raised stalls, new paper towel dispensers and graffiti removal. Additionally, new windows and lights were installed in several classrooms. According to assistant principal Orlando Beltran, the school district was able to allot more engineers and plumbers to work at Lowell over the summer for the new additions in the campus.

Although some of the changes were made out of necessity, others were made as a matter of improving efficiency. In the case of the new paper towel dispensers, SFUSD opted to switch the electrical dispensers with non-electrical ones in an effort to cut battery waste. New LED lights, which are more energy efficient, were installed pursuant to Proposition 39, the California Clean Energy Jobs Act, according to the SFUSD website.

The improvements found in the bathrooms were a part of the large-scale campus renovation. Other improvements include the installation of new lights and windows. Currently, the first phase of the goal of new lights and windows in every classroom has been completed. Last summer, new lights were installed in half of the school’s classroom and new windows were installed in the remaining classrooms. Next summer, the classrooms with new lights will have new windows installed, and the classrooms with new windows will have new lights installed. Other upcoming projects will also most likely occur during the summer, but also during weekends and holidays during the school year.

“It’s basically our initiative to let them know that if this is broken, we need it fixed,” Beltran said.