Time to spruce things up with Lowell’s green policy

In an eco-minded city like San Francisco, Lowell and other San Francisco Unified School District schools have a responsibility to set an example as public institutions educating the city’s youth about the environment and their roles in supporting it. Besides recycling bins throughout the main building and compost bins in the cafeteria and courtyard, Lowell can and should do better.

SFUSD’s curriculum department says it has a “robust sustainability program that incorporates the twin goals of promoting student ecoliteracy while reducing the district’s environmental footprint.” Ecoliteracy is the understanding of the natural systems that sustain life on earth. The district received the national 2016 Green Ribbon Schools award because of its “innovative efforts to reduce environmental impact and utility costs, improve health and wellness, and ensure effective sustainability education,” according to the SFUSD website.

In line with these goals, the school board has passed several resolutions promoting environmentally friendly facilities, water and energy conservation, green cleaning, sustainability, transportation and waste diversion, which were implemented from 2003 to 2015. The plans include “a system for providing healthy, local, and whenever possible, organic food,” and state that “schools have found resource conservation and waste diversion programs as valuable tools for learning and creating environmental stewardship.”

But what’s not clear is how well the school and district overall are reaching these goals.

But what’s not clear is how well the school and district overall are reaching these goals.

The current plans are incomplete and do not have enough impact to make a difference. SFUSD, or at least Lowell, needs explicit, detailed policies such as increasing composting, reduced cafeteria waste, and increased vegetarian options, which would go a long way to improve our school’s environmental impact.

One resolution, set in 2003, was to increase waste diversion to 75 percent by 2015. This would mean that of all the waste SFUSD produces, 75 percent would not go to landfills and would instead be recycled or used as compost. Currently, the district waste diversion average is 65 percent, according to the data published on the SFUSD Share the Savings website. Lowell’s rate is 60 percent. Similar large schools like Washington, Lincoln and Balboa have rates of 40, 62 and 73 percent, respectively.

The simplest and most cost effective issue to address is the lack of compost bins around the school.

Currently there are approximately 10 compost bins located around the school.

Having more of those bins around the school would make it convenient for students and staff to dispose of food and soiled paper as compost rather than as trash for landfill. Many students just throw their waste in the classroom or hallway garbage bins while rushing to class.

These compost bins are funded by the district and can be serviced by the custodians as long as they are on wheels because their contracts require this for physical reasons, according to Giles.

Additionally, it would be ideal to have bins in each classroom, as long as they could be taken out daily to avoid attracting pests — something that has been a problem in the previous attempts to increase campuswide composting.

An issue would be figuring out who is responsible for smaller classroom bins. Advanced Placement Environmental Science teacher Katherine Melvin has stored around 30 compost bins in her classroom and estimates that she has passed out 20 of those 30 to various classrooms whose teachers have been interested and willing to take out the compost themselves. Melvin says that both she and head custodian Ulises Parada continue to encourage this reform across the school. For maximum effectiveness, small compost bins should be a requirement in every classroom, like recycling bins. However, this would be a large undertaking, and a pilot program to test this idea would be an easier start. Teachers could take out the individual bins in their classrooms at the end of the day. The Lowell has also reached out to the Recycling Club, which, according to senior club president Sophia Qin, is interested in getting involved.

A second proposal is to implement a meatless lunch day once a week in the cafeteria. According to Student Nutrition Director Zetta Reicker, SFUSD tested out an all-vegetarian day in middle and high schools two years ago. The number of students eating ended up dropping and there was “a lot of negative feedback.” When we asked in what specific way it was negative, there was no response. It is possible that the vegetarian lunches were not cooked in a way appealing to students, and were not unpopular simply because they did not contain meat. Nonetheless, it is still important to encourage students to eat with an environmentally conscious mindset. Meat, as compared to vegetables, requires more funding, heat energy, land, and water (2,400 gallons for one pound of beef, according to PETA) to be produced. In addition, a plant-based diet contains fewer saturated fats, and more vegetable matter, which leads to higher fiber levels and a greater diversity of nutrients.

Third, the plastic packaging of the cafeteria lunches made off site by Revolution Foods needs an overhaul. Recently, the San Francisco Chronicle reported that over the past few years, millions of SFUSD’s lunch trays had been going to landfills instead of recycling centers. It was later discovered that while the trays themselves are made of recyclable plastic materials, students were not cleaning the trays out because they were covered in food, and Recology was forced to send them to the landfill rather than recycling them. If the trays were solely made with paper, students could simply throw both the tray and their scraps into the compost. “You could really skip a step,” Melvin said. “And to me, anytime you can skip a step that’s smart.”

“If you see something, say something.”

According to SFUSD Director of Sustainability Nik Kaestner, when the contract with Revolution Foods expires in a few years, the district will look further into changing the packaging but will have to consider costs as well as sustainability. Naturally, solving these issues begins with passionate community members who are willing to put in effort and improve their schools for good. According to Melvin, much of the school’s focus lies in other areas, especially for monetary reasons, so past environmental policies have been driven by those who were particularly dedicated to creating a more environmentally efficient school. It is key that students continue this forward-thinking behavior by educating themselves, speaking with the administration, and even calling out their friends for careless behavior.

“It’s like the campaign on MUNI: if you see something, say something,” Melvin said. “And that doesn’t cost anything.” 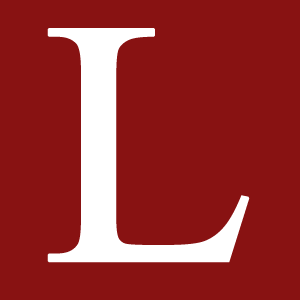