Junior wide receiver and running back Joanne Flores runs down the field with the ball during a game against the Leadership Griffins on March 14 at Lowell. Photo by Christina Johnson

The varsity girls flag football team defeated the Leadership Griffins 20–0 on Mar. 14 at Lowell, securing their second win of the season. After losing to the Balboa Buccaneers and Lincoln Mustangs at the beginning of their season, the Cardinals were ready to win. “We had to redeem ourselves, from our past two losses, so we had to put our minds to it and really try to work it out,” junior wide receiver Tram Nguyen said. 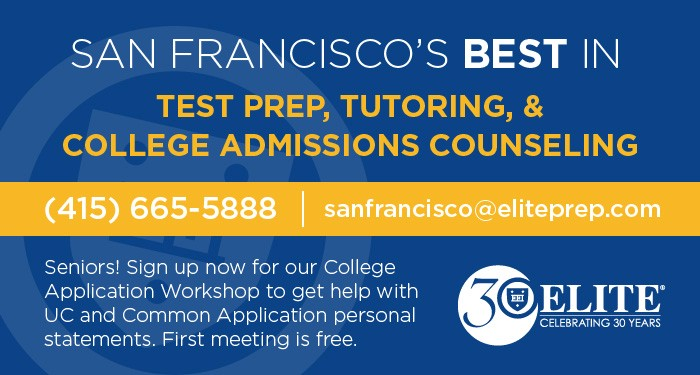 The game started out with the Cardinals on offense. Both sides fought back and forth across the field, but neither team could gain significant distance. The first quarter ended at 0–0.

The excitement picked up quickly in the second quarter as junior running back Michelle Huang caught a pass and gained a total of 22 yards over the course of three downs, stopping only a yard short of the goal line. During the fourth down, senior quarterback Joyce Kwan passed the ball to Nguyen, who scored the first touchdown of the game and put six points on the board. Encouraged by her teammates, sophomore center Sela Diaz successfully scored the one-point conversion shortly after, earning another point. “With this team hyping us up, that really helps us and puts us into full energy, full mode into the game,” senior wide receiver Tina Hu said. During the Griffins’ fourth down, freshman safety Xueyi Tan caught the punt and ran it back to the Cardinal end zone, securing another touchdown. The second quarter ended with Lowell leading 13–0. 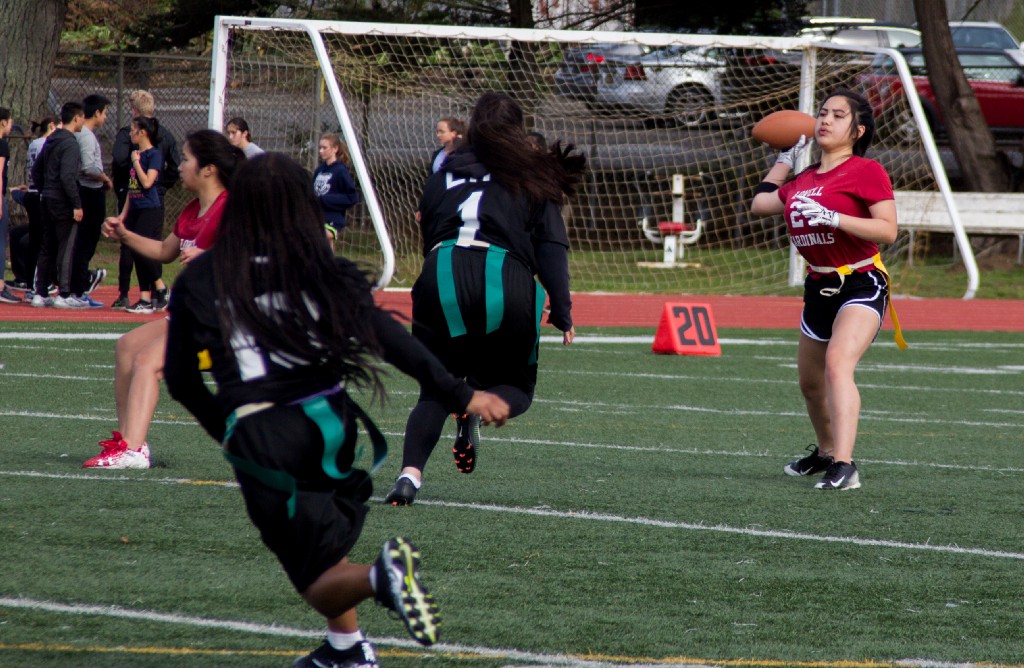 Senior quarterback Joyce Kwan looks to her teammates as she prepares to throw the ball. Photo by Christina Johnson

The third quarter started with the Cardinals on offense. They worked together to bring the ball down to the 16-yard line, where Hu ran the ball into the end zone and scored the third touchdown. In the Cardinals’ next possession, junior middle linebacker Arlynne Policarpio blocked a pass on the second down and intercepted another pass, gaining five yards. The third quarter ended 20–0.

Neither team scored in the fourth quarter, and because the Cardinals were leading by more than 19 points in the last five minutes, the Griffins ended the game early under the mercy rule. The Cardinals won 20–0. 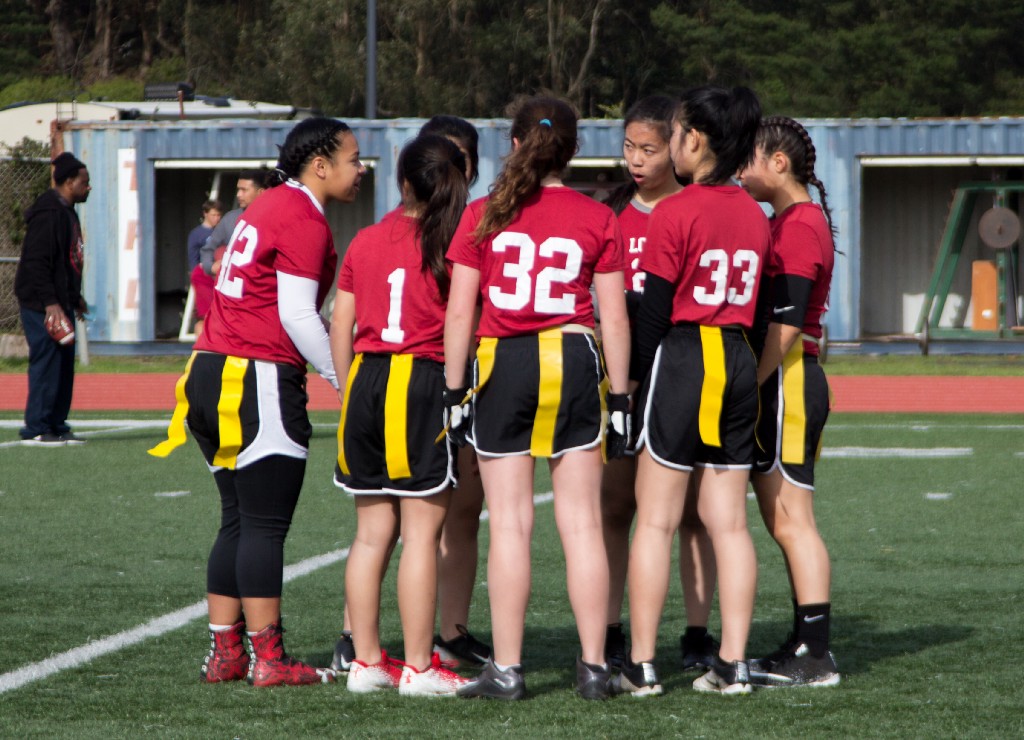 The athletes on the field gather to discuss their plays. Photo by Christina Johnson

The Cardinals are confident in reaching playoffs this year. While the Cardinals could have achieved a higher score in the past game if they had been more focused, according to Hu, there was improvement. “We all understood what we all had to do,” Kwan said. “I think we really executed that pretty well.”

The Cardinals fell short to the Galileo Lions 14–0 on Mar. 21. Their next game is against the ICA Spartans on Mar. 23 at Lowell High School.