The varsity boys’ golf team clinched the All-City Championship for the sixth time in a row, winning 436–444 against the Washington Eagles on May 11.

“You need to be confident in your shot, otherwise you lose control of your shot.”

The team faced difficult weather throughout the competition. It was windy, the grass was dry and dirt was blowing into everyone’s eyes, according to an email from head coach Juan Lopez. “In general, you need to be precise with the wind,” senior co-captain Sam Miller said. “You need to be confident in your shot, otherwise you lose control of your shot.”

However, the team managed to pull through and play a good match. Miller shot the best score, despite starting of with a penalty for losing his ball, finishing with a 76 in 18 holes. Freshman Joshua Lim came in second with an 81, followed by senior co-captain Lawrence Jiang and junior Brendan Lin with 85 each. 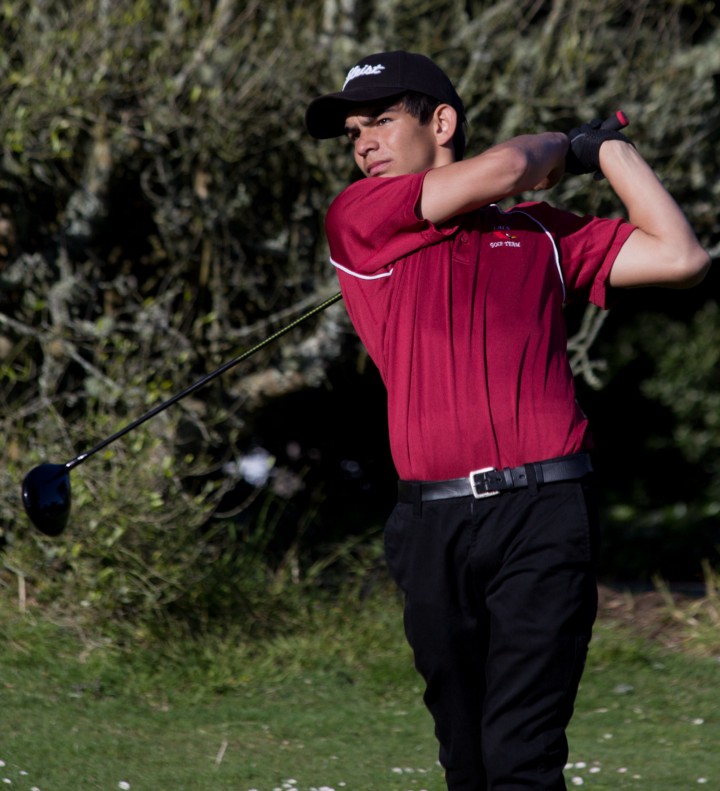 Senior co-captain Sam Miller admires a shot in the championship two years ago. Miller shot a 76 in this year’s championship, which was the lowest score on the team.

With more than 10 years of golfing and many years of dedication and hard work, senior co-captain Sam Miller takes the spot for boys’ golf MVP.

Miller began his golfing career when he was six. “My grandfather was a big part of golf in the Asian Pacific area, and it’s been a part of the family,” he said.

“He taught me about the league, how to remain calm during the game, and how to be team captain, since I became a captain sophomore year.”

At the start of high school, much of Miller’s success came from the help of his captain that year, as well as his co-captains in the seasons that followed. “As a freshman, the captain was Tom Ebergen,” Miller said. “He taught me about the league, how to remain calm during the game, and how to be team captain, since I became a captain sophomore year. As I was co-captain with more seniors, I learned how to mentor others on the team.”

Miller has been successful throughout his high-school career, placing 3rd, 1st and 2nd in the CIF Individual Tournament Finals of 2012, 2013, and 2015, respectively. His most fond memory, however, is winning this year’s championship game. “It was the toughest year of my four,” Miller said. “I played a decent round, and when I heard junior Brendan Lin played a good round, I was really happy because he really helped the team that day.”

Miller has been recruited by Occidental College in the Los Angeles area, where he plans to continue playing golf. In the mean time, he trusts the team do well without him. “I expect them to continue to compete,” Miller said. “As long as they keep practicing and get better over the summer, I’m sure they’ll do fine.