New guitar class coming to the school in fall 2015 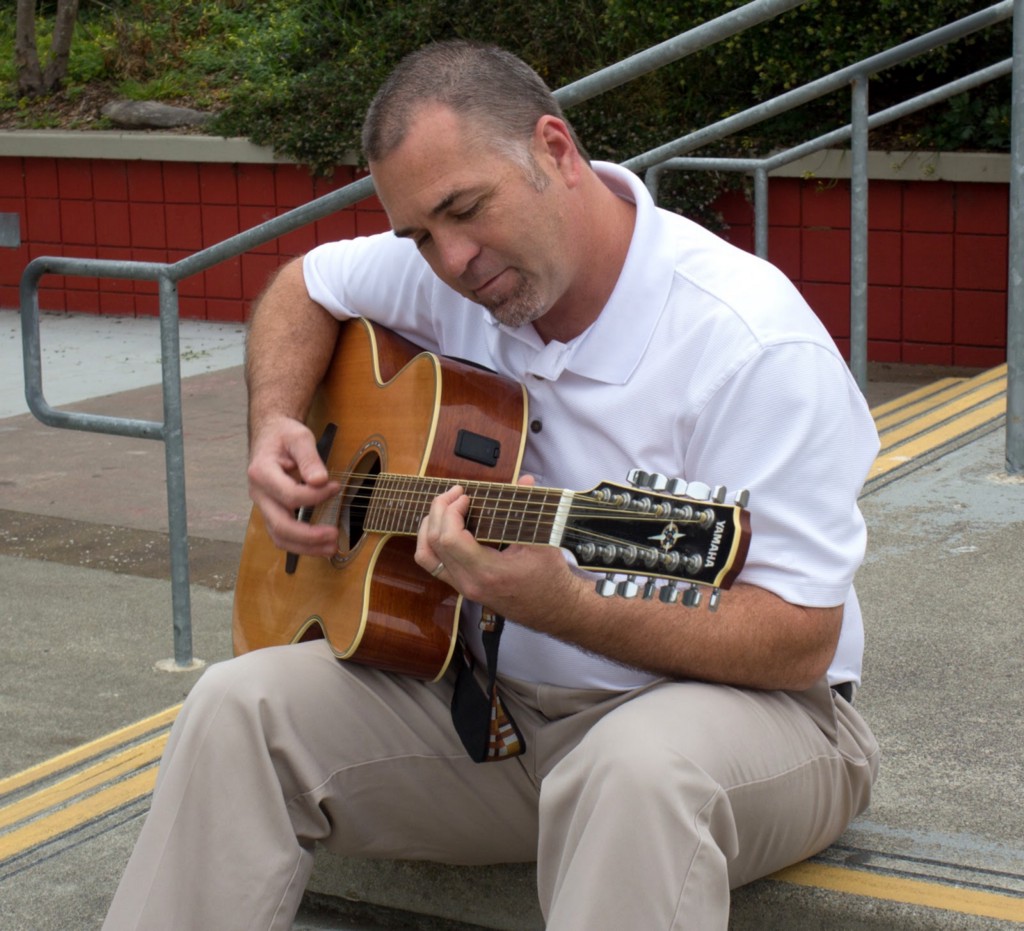 Walking down the art wing, students are bound to hear the many instruments from the band room or piano lab. However, in addition to the multitude of violins, cellos and basses, students will soon be listening in for another string instrument as well.

With the beginning of the Fall 2015 semester comes a new guitar class for both beginning and advanced players, which seeks to enhance students’ knowledge of the instrument and their ability to play.

“Pianos are stationary and limit a person’s access to it, whereas a guitar — a guitar you can take to the beach.”

Band and piano lab teacher Mitchell Wagner will instruct the new guitar class. “Students have been asking me for several years why Lowell didn’t offer guitar classes,” he said. “I’ve been wanting to do it for a while now, and there’s no time like the present. I just decided to start one.”

Besides the saxophone, the guitar is Wagner’s favorite musical instrument. A guitar major in college, Wagner graduated with a degree in classical guitar performance.

The administration has supported Wagner’s endeavors for a guitar class, since the San Francisco Unified School District has already established a course description for the class, according to Wagner.

The SFUSD Visual and Performing Arts Department granted Lowell with the VAPA Sprout Funds Award, which allotted $3,500 for 30 new acoustic guitars. However, during class, students are welcome to bring their own guitars instead of using the ones provided.

The class, which will be offered during two sections, will function like the piano lab course. It will start with the assumption that everyone is a beginner, hopefully progressing forward to a point where the students will understand simple scales, chords and melodies, and can play melodically. However, the class will also be structured in multiple levels, which will enable Wagner to work with more advanced guitarists. The class will also focus on incorporating tablature, a form of musical notation indicating instrument fingering instead of musical pitches, and reading music, since many guitarists can strum tablature but are unable to read sheet music. Students will be playing music out of guitar method books, which are based on classical and folk music. However, Wagner also plans to bring in concepts of popular music, such as The Beatles, as well. Towards the end of the semester, students will be allowed to bring in their favorite songs and learn how to play them on their guitars, according to Wagner.

Towards the end of the semester, students will be allowed to bring in their favorite songs and learn how to play them on their guitars, according to Wagner.

53 students signed up for guitar class during this semester’s course selection, according to assistant principal Margaret Peterson.

Junior Jennifer Kai is among the students who hope to secure a spot in the class. “I’ve always wanted to learn how to play the guitar after listening to some of my relatives play,” she said. “I figured since I already have some of the basic chords down, I should carry on the tradition. I hope to learn enough so I am able to play some of my favorite songs and hopefully improve my tone-deaf ears.”

Freshman Skyler Albert also signed up for the class. “I’m nervous it will be challenging, but excited to finally learn,” Albert said. “I love the way a guitar sounds and how you can make so many different sounds with just a few strings. I’m looking forward to learning how to read notes and playing popular songs.”

Lowell has fallen behind other San Francisco high schools in providing a guitar program for those looking to fulfill their VPA requirements and musical interests. Schools such as Galileo, Ruth Asawa School of the Arts, KIPP College Preparatory and Thurgood Marshall have already established successful guitar classes — ones that Wagner plans to mimic and adapt to his own lesson plans.

“In a lot of ways, guitars are more accessible and reachable than pianos, especially for people at this age,” Wagner said. “We almost all listen to music that has someone strumming away on a guitar in the background. Also, pianos are stationary and limit a person’s access to it, whereas a guitar — a guitar you can take to the beach.”