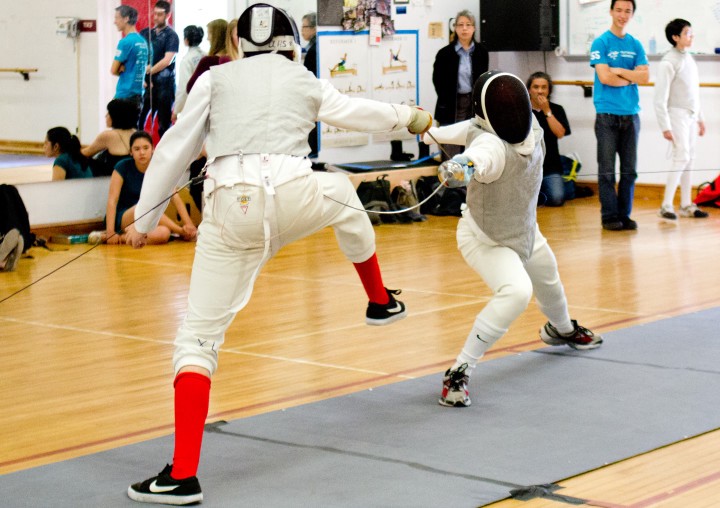 Senior Vincent Lee fences against a University Red Devil opponent during a tournament on March 26. The boys beat out University 6–3, and the girls won 5–4. Photo by Karina Huft

The fencing team cut down the University Red Devils on March 26. The girls’ team won in a close 5–4 score, while the boys finished 6–3.

With lunges and thrusts, the fencers displayed their strong ability and confidence. “Since it was tied, the last bout would determine whether we won or lost the match, so the atmosphere was really intense. I felt a lot of pressure to not let the team down,” junior Emma Green said. “During the bout the score was pretty back-and-forth and I think I fell behind a couple times. So, I had to make some adjustments as far as what was working and what wasn’t. My parry-riposte was pretty effective, so I was looking to draw my opponent out with footwork and then take the blade.” 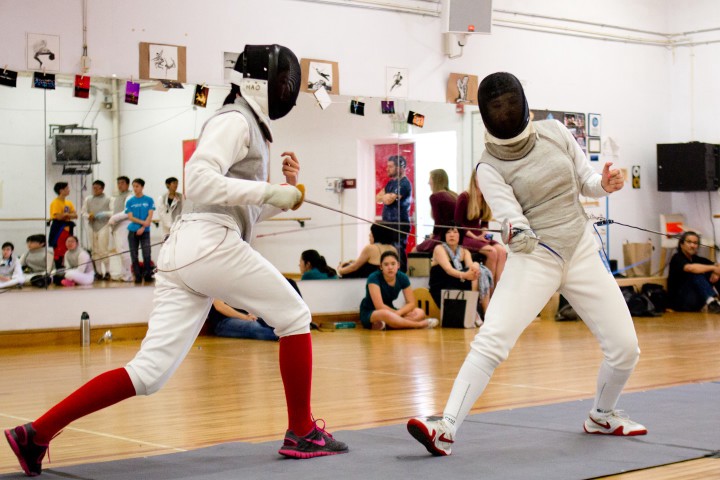 Junior Emma Green fences in her bout against a University opponent. Photo by Karina Huft

Senior Vani Fatimah displayed strong technique in her bout. “I was told that I vary the speed of my movements well and that I’m quick with my parry riposte.” Fatimah said. “I need improvement on the fundamentals though since I missed my target a lot. So in that particular bout, I pushed my opponent to go on the offensive so that I could do my parry-riposte.”

So far in the season, the team displayed impressive improvement. “We are the strongest team [for boys] in the league and at this point are certain to be champions this year.” head coach Scott Cunningham said.

See if the Red Devils match up against the Cardinals at All-City on April 18.