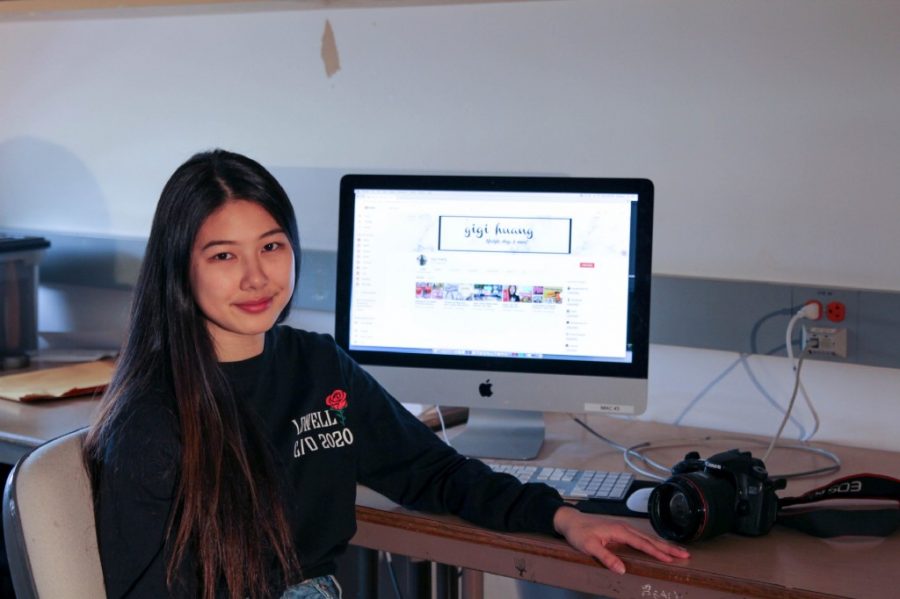 By Ethan Lei and Anita Liu 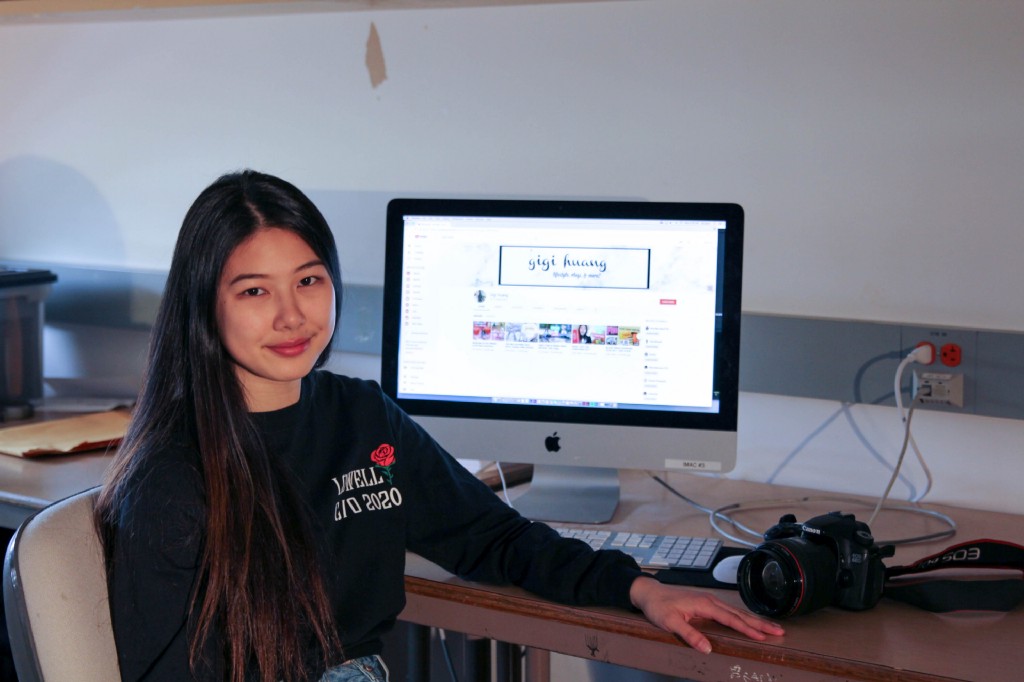 YouTuber Gigi Huang and her channel. Photo by Ethan Lei
Sophomore Gigi Huang is a YouTuber who creates lifestyle-related videos and video blogs documenting her life. Over the course of four years, she has amassed over 20 million views across her two channels.

I started making videos for YouTube when I was in seventh grade. It’s been four years since I started. In middle school, I was really into these squishy toys, and I used to watch videos on them. I also liked crafting. So, I decided to make a YouTube channel about squishies, and that’s where I started. But recently, I began to create a new type of content on a different channel.

What is the most rewarding part of being a YouTuber?

The most rewarding part of doing YouTube, for me, is just being able to create content I love. Sometimes, it serves as an outlet for my stressful school life. It’s also amazing to see your achievements overtime and how your hard work pays off in subscriber [count], views and comments.

Have you ever had to deal with mean comments? What do you do in these situations?

As a YouTuber, I get mean comments quite often. In the beginning, I got quite upset about the hate comments, but overtime, I just got used to it. It doesn’t really affect me anymore. Haters will always find something they hate about you, so I don’t really bother trying to be perfect.

Why did you switch to a new channel? 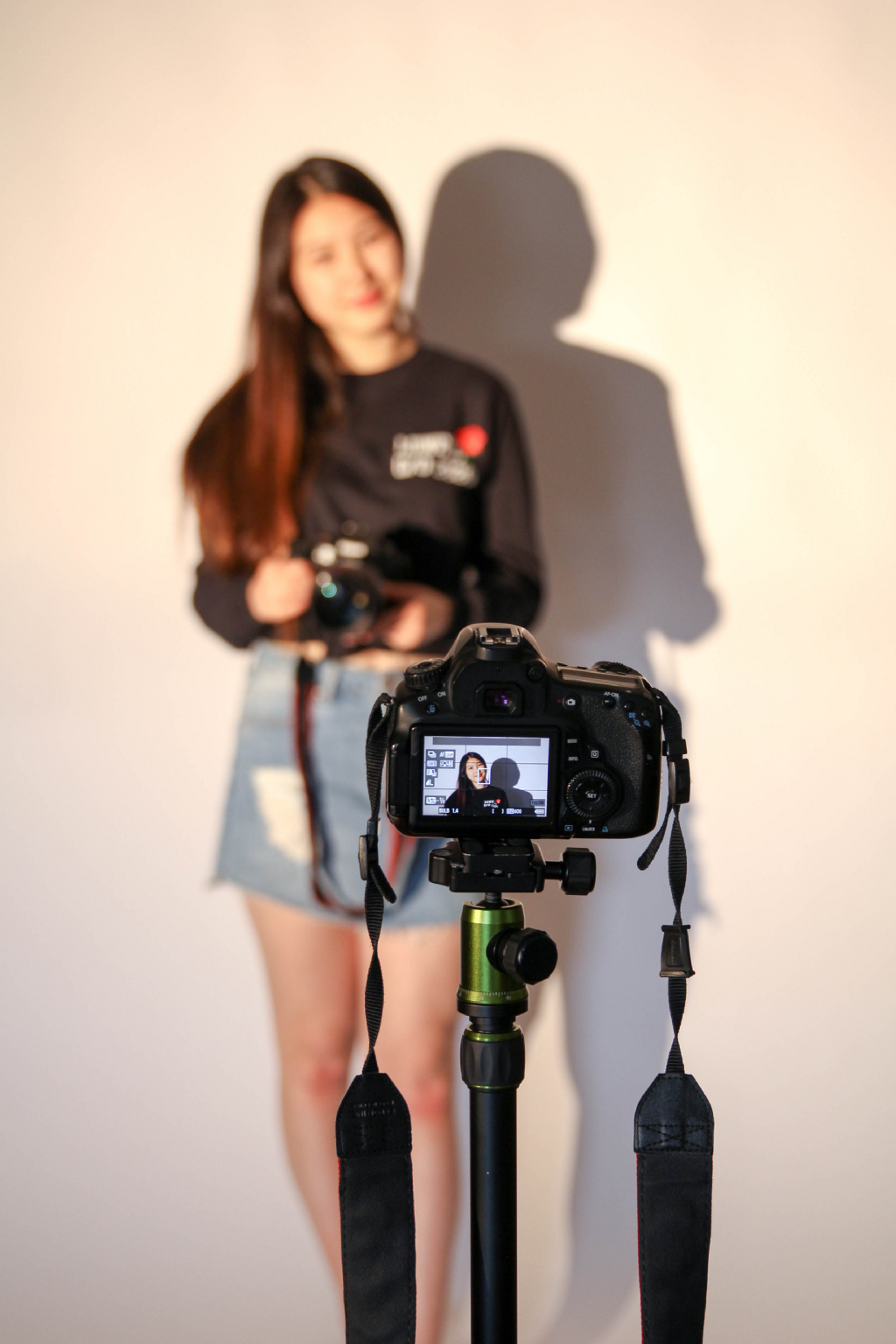 Gigi Huang smiles in front of the camera. Photo by Ethan Lei
Describe your fan base.

I’m pretty sure most of them are younger than me. When I was an eighth grader, I knew sixth and seventh graders that watched my videos. They would give me that weird look when they walk by me in the hallways, like [they were thinking], “You look familiar.” I also think most of my [current] fan base are loyal subscribers from my old channel, but recently I’ve started gaining a new fanbase — most of them around my age (like teens). Sometimes, my fans spot me in real life, and I usually just say hi. I’ve had a few fan meetups in the past as well.

Do a lot of people at Lowell know about your channel?

I don’t know if a lot of people know, but I know all my friends know. I have my YouTube link in my [Instagram] biography, so whenever someone follows me, they can see it.

How do people usually react when they discover your channel?

[One time] this freshman came up to me, and he was like, “Ohhh! Aren’t you a famous YouTuber?” I don’t think he watches my videos, but he probably knows [about my channel]. The usual reaction is just, “Oh my god, it’s 200,000 subscribers? Do you earn money? How much do you earn?!” [People] ask a lot of questions. This doesn’t bother me at all, but sometimes, I feel a little embarrassed when people start playing my old videos (from my old channel) because I was so different in middle school. Otherwise, I’m pretty chill answering questions about being a YouTuber.

What’s the difference between how you act on and off camera?

I would say I’m a little different when I’m on camera compared to real life. Some people say I act more immature in real life, and when I’m on camera, I’m usually more mature-sounding. I do try to share my personality in my videos, because I want people to subscribe to me [for] my real personality.

What is your favorite type of video to make?

My favorite videos to make are vlogs, because I like capturing the great moments of my life. I just vlog whenever I feel like there is an interesting event coming up. I was also thinking of vlogging my daily life, but I don’t really have the time [due] to school.

Where do you see your channel going in the future? Goals?

In the future, I hope to make more vlogs, because I like going to places and travel more to make travel diaries. I would love to travel to New York, Los Angeles, Hawaii, Mexico, many European countries, Japan, South Korea, Thailand and so many more places. One of my life goals is to travel all around the world. 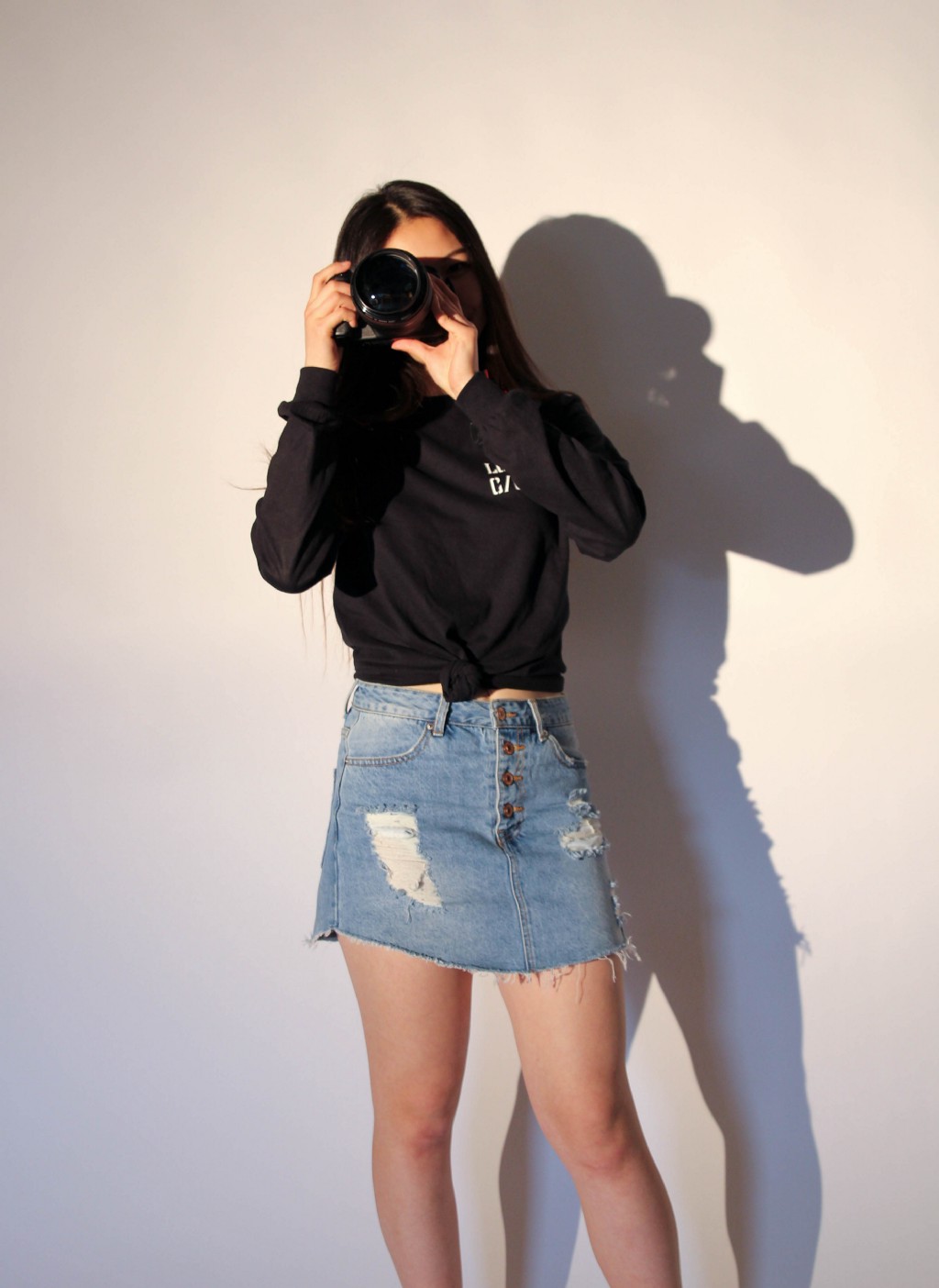 Gigi Huang in action behind the camera. Photo by Ethan Lei
Has your YouTube work ever interfered with your school work?

Definitely. Now that I’m at Lowell, I barely have time to make videos, because I have homework and tests everyday. Back in middle school, I had so much time that I could make one video per day, but now I have no time. Making a video takes planning, filming, editing and then uploading, so it takes a while to make one quality video. [For example], during spring break, I went to Great America and I vlogged it and it’s still not up yet. I try to make time to film and edit whenever possible. I prioritize school over YouTube, so I rarely have time to work on my channel nowadays. I would say I post about once or twice a month these days.

Has YouTube influenced what you want to do in the future?

I considered [doing] something related to filmmaking or social media, but I’m not too sure about pursuing this career, because it might not be a stable job. I’m also interested in marketing, because I have some experience from getting suppliers and selling products on Storenvy. One thing I know for sure is that I want to continue YouTube, maybe as a part-time job.