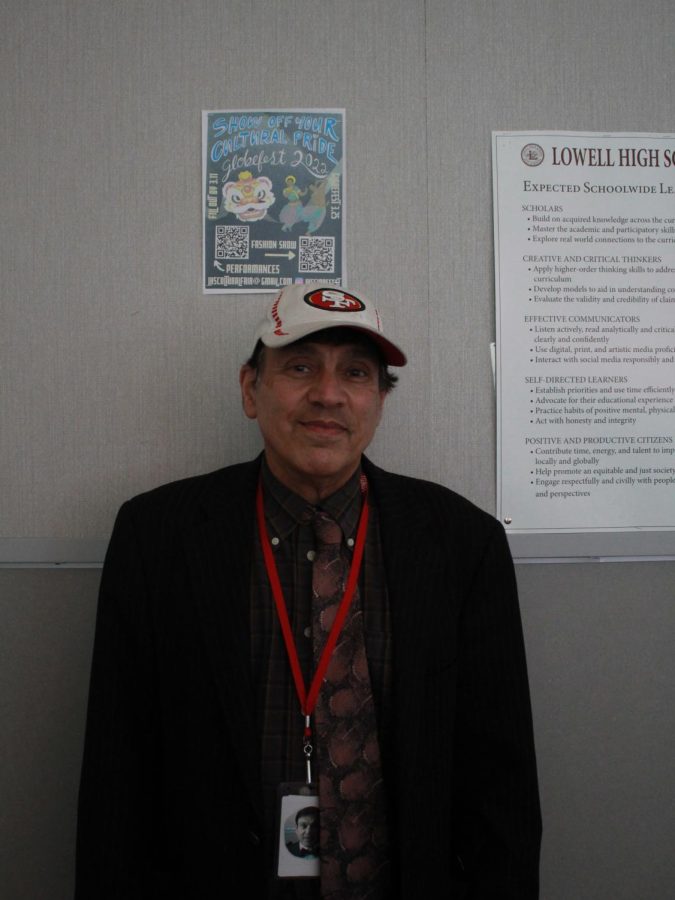 At age twelve, now world languages teacher John Raya pours through pages and pages of classwork, feeling lost. He catches on to something his teacher says, tuning his ears in his attempts to listen, but to no avail. He loses focus immediately. A wave of shame washes over him as he sees his peers speeding through the lesson around him. He tried his best to ignore the sinking feeling in his chest.

Although this instance occurred over 50 years ago, Raya carries these feelings and experiences into his present life, and they impact his teaching.

Raya was born and raised in New York City in the 1960s, where people with learning disabilities were looked down upon. In learning environments, Raya notes the lack of aid available. “At that time there was nothing. They called you stupid,” Raya said. He elaborates that he was put down by his peers and even educators, saying that he was bullied constantly. He notes that throughout his school days he was often called the r-slur. Even his teachers would refer to him with the hateful term. “It was different back then,” he said. “Everybody was different.”

In addition to regular schooling, Raya worked with tutors just to keep up. Typically, students with disabilities were put into separate, slower paced classes, though Raya mentions that he put in extra effort to continue in the regular program. He lost the free time that is so valuable in childhood.

However, throughout his youth he had one primary supportive figure, a nun at his school, Sister Maureen. She was one of the only adults in his life that was truly supportive of him. She inspired him through her kindness and generosity, caring for all those around her unbiasedly. “She would tell me all the time, ‘Johnny, put away that eraser and have faith in yourself. Just do it. Don’t worry about keeping that eraser on your table because you’re afraid you’re gonna make a mistake’,” Raya said while recalling some of the strategies that she used to empower him. Despite her support, he notes that he still built up insecurities and self consciousnesses due to the treatment by the other people in his life. She and his mother were his only supportive voices.

Due to the constant discouraging messaging that he received in his life, he made no attempt to go for his dreams at the time. As a child, he had big dreams of going into medicine or law, two notoriously challenging fields. “I figured I couldn’t pass the test, and I couldn’t go into medicine because I could never memorize anything. That’s how it affected me. I kept thinking I couldn’t do it,” Raya said.

Raya had a skill for languages. Like many with ADHD, he had a hyperfixation on one thing, that being languages. With this strength, Raya eventually decided to delve into this with a teaching career. After attending college at Saint Peter’s University to pursue a degree in Modern Languages and Literature, he started working at Emerson High School as a French teacher. As the years went by, he ended up picking up other jobs on the side though in the end he always stuck with teaching. After moving to California in 1985, Raya began work at first Martin Luther King Middle School, then John O’Connell High School, before starting as a teacher at Lowell. Today he teaches Spanish and French at Lowell and also functions as the World Languages Department Head.

Despite his insecurities, Raya’s experiences as a student influence how he holds his class today. His own troubles allow him to empathize with his students. “I don’t take it personally if they’re not paying attention. Sometimes it’s that they can’t focus,” Raya said. With his past experiences of bullying and harsh treatment due to his disabilities he is aware of the importance of maintaining student privacy. Due to this, Raya makes sure to always give all students sufficient provisions and assistance without outwardly announcing their learning disabilities. “That’s why I usually let people go after a test, because then kids can take the whole period if they need to without having to say ‘time’s up, but so and so can take the test because their 504 says they get more time’, I can’t do that,” Raya said. Along with this, he appreciates the privacy applied by usage of present-day online resources in his lessons. “I like the fact that now I can give extra worksheets on google classroom. I can send a pdf of something to somebody without anyone else knowing,” Raya said. This allows Raya to give extra support to students who need it without calling them out. Raya doesn’t want his students to ever feel ridiculed and develop insecurities the way he did. Raya appreciates having different methods of communicating with his students that allow for him to personalize their learning experiences.

Along with these provisions, Raya’s focus issues and short attention span make him want to keep class fun and interesting for himself. This atmosphere is also often more enjoyable for his students, with a variety of in class activities, such as cultural fridays and trivial pursuit. These activities help to keep the class engaging while still remaining on topic.

Raya comments on how much things seem to have improved since his youth, particularly noting the resources in place to support students with learning disabilities. “Now there are more individualized things to help them. IEPS, 504s, we never had that when I was in school,” Raya said. Raya comments on how openly discussed this topic has become, “Even students say, ‘I have an IEP and a 504.’ They’re very open about it.”

At the end of the day, Raya strives to make his class into a welcoming learning environment. His ultimate goal is for his students to continue studying the language and enjoy it. Though he continues to struggle with fighting the message that was ingrained into him in his youth and grapples with his insecurity to this day, he has worked through his struggles and is now a better teacher for it. “I chose to become a teacher because I have suffered from dyslexia and learning disabilities and I was determined to overcome that, and to let students know that it’s okay if you have my situation. There’s no stigma, and we can overcome this.”