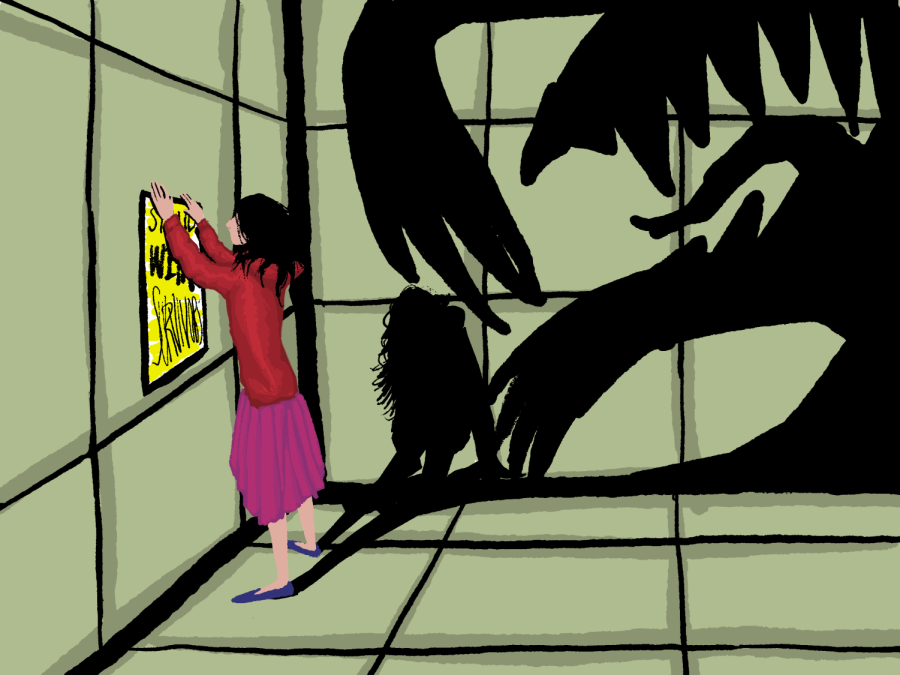 I laid in bed inattentively scrolling, the videos coming as a welcome distraction from the hectic few weeks I’ve had. I happened upon a video talking about survivors’ guilt, a guilt one sometimes feels when they survive a traumatic situation. I watched and listened to accounts of people who had been harmed and felt persistent guilt for their own experiences or the experiences of others. Some of these feelings resonated with me, since I had been struggling with guilt surrounding my own assault. I had been contemplating the things I could have done as prevention and feeling guilty for the assaults of people around me, people I didn’t even know. Watching these videos of stories I identified with made me feel less alone in my feelings.

I began researching the term and found that survivors’ guilt often leads survivors to believe that they are somehow culpable for their own experience or culpable for the experiences of those around them. This ideology isn’t seen as entirely negative. Many psychiatrists consider survivor’s guilt to be a building block to healing, since it allows survivors to take some control over their trauma. I was relieved to read this, thinking, initially, that maybe this was a sign of me healing from the trauma I had endured. I was able to find little online, however, about the emotional effects of experiencing survivors’ guilt. And, ultimately, I found the guilt and shame I experienced to be an obstacle to my healing and moving on from what I had been through, actually freezing me in place.

I had always felt this lingering sense of guilt, but in late November of 2021 when SFUSD students began posting accounts of their sexual assaults, both on- and off-campus, I was hit with a wave of guilt I couldn’t shake. As I read account upon account of harrowing assault experiences I was brought to tears. First, because I was proud of the survivors’ courage in speaking out against someone who had harmed them and, second, because I hadn’t somehow prevented these events from happening. My assault, something I avoided thinking about, occurred years before I had arrived at Lowell. It had then taken me two years to admit that I had been molested. And as I read story upon story of assaults occurring right under my nose, I couldn’t help but feel partially to blame for them. I felt that because I had been privileged enough to receive therapy and have a family that believed in mental health and psychiatry, the least I could do was dedicate all my time and energy into making sure the horrible thing that had happened to me, never happened to anyone else.

The guilt both protected and motivated me. Slowly, students began protesting the lack of action against sexual violence, and this activism became one of the only reasons I wanted to come to school. The number of assaults that had come into light had left me on edge walking through the hallways; taking concrete action like putting up posters made me feel in control and safe. As philosopher and rape survivor Susan Brison explains in Aftermath: Violence and the Remaking of a Self, it can be easier to believe that you did something worthy of guilt than to believe that you live in a world where you could be assaulted at any time, in any place. Doing things like organizing displays on rape culture made me feel that maybe it wouldn’t happen again, as if the lack of awareness had been the missing piece to ending this violence. I wasn’t deluded enough to truly believe that posters would be the end-all-be-all for the overwhelming issue of gender violence, but the work I did somewhat eased the guilt I was feeling and made me feel more secure in being at school.

The guilt told me that any exhaustion or anxiety I felt at the end of the day due to constantly thinking about sexual assault was proof that I had done everything I could to prevent more violence from happening. I didn’t recognize these thoughts as damaging or even irrational. I felt, sincerely, that it was my duty to end sexual assault — a daunting task.

Our efforts somewhat paid off; I quickly saw a change in awareness about sexual violence at Lowell. Walkouts were organized, as well as social media pages dedicated to awareness and recognition of survivors. But, after a few weeks of the constant running around — of friends telling me the work I was doing was too small to make a difference or that being around me was too heavy for them, of crying in both our principals and vice principals offices, of skipping lunch to make library displays — I was blanched. Even the changes that were happening, weren’t being made fast enough to reconcile the damage that had been done, or even to prevent real harm from occurring in the future. I was exhausted and my thoughts began dissolving into more ludicrous ideas. Things like I didn’t do enough then. I have to fix it now or I will never have struggled enough for the help I receive.

These thoughts were insulting to what I was doing, diminishing what I had been through and pushing me to organize in a rash and reactive way that I wasn’t proud of. I went in circles, the guilt making me feel like I had to do something, then feeling like what I was doing was flawed or inadequate, then feeling guilty again. Being stuck in this cycle of guilt stopped me from connecting with more primary organizers on campus. Initially, I thought keeping my distance might be beneficial allowing me space from the issue but it just added to my guilt. I was exhausted but felt that I wasn’t even doing as much to remedy the issue as others or wasn’t properly supporting them. My guilt drove me to tears, leaving me too paralyzed to come to school, much less organize displays, put posters up, attend walkouts, or meet with and email administrators. I found it difficult to focus on school work or to find the bandwidth to do things that would bring me joy or actually allow me to heal from my trauma.

It wasn’t until the third walkout, protesting the lack of sexual violence prevention, when I heard other student organizers express the same exhausted, angry, tearful sentiments, that I became convinced that my guilt needed decompressing. I could empathize with others’ need for breaks and time to recover from the stress, fear, and chaos of organizing, so why couldn’t I empathize with mine? I went to therapy that week with all this in mind. I explained to my therapist everything that I had been feeling and how distant and angry it had been making me feel. As we discussed the effect of constantly retriggering my trauma and the amount of stress I had been putting myself under, I slowly came to realize how few support systems I had in place to deal with these complicated issues. How few people I’d connected with in order to try and solve these issues. How few times I had brought up the issue that had been consuming me day and night, to my therapist.

Recognizing that I was doing too much with too little support to sustain a healthy mindset was the first step in letting myself actually relax. After reaching out to people in clubs I was a part of who wanted to help and other organizers, who were already helping, I no longer felt the weight of the issue so heavily on my shoulders. Even though few things changed in Lowell’s culture, I gained some sense of community and comradery. It reminded me that other people were there to help and would be there to do the work when I, or they, needed a break.

I am still trying, with great difficulty, to take care of myself while also fulfilling my need to protect those around me. Nobody teaches you how to process and heal from intense trauma. Nobody teaches you how to support others through it. Even in writing this I found myself minimizing and rationalizing the stress I was putting myself under, feeling guilty for the privilege to be able to step away if I needed to. But I’m coming to terms with the fact that it shouldn’t be my, or anyone else’s, responsibility to forfeit their own emotional well-being and stability for a movement, especially someone so invested in its outcome. 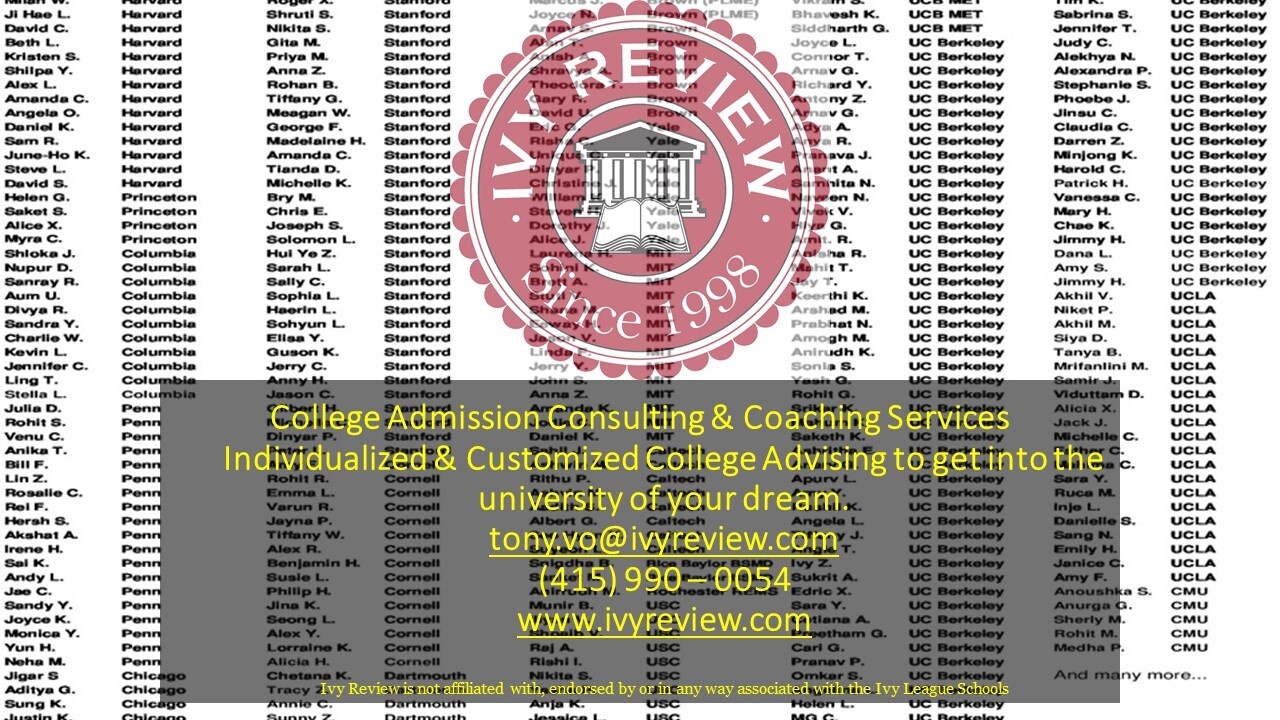