A warped mirror to adolescence 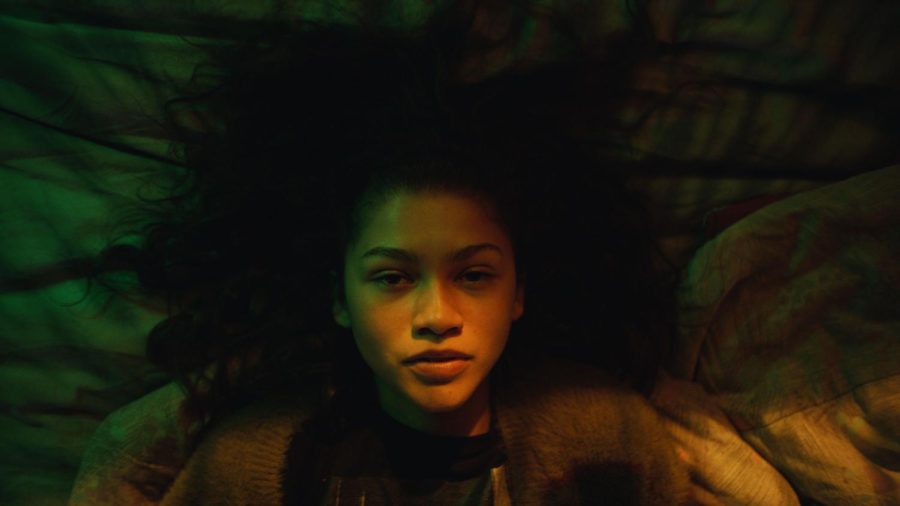 The best type of art is the type that makes the viewer take a hard look at themselves. Euphoria, a HBO TV show about the highs and lows of adolescence, does just that. Through dramatic portrayals of characters that fulfill high school stereotypes, teenage viewers are exposed to exaggerated versions of themselves. Being able to relate to the characters in small ways allows people to use what they see on the screen as a gateway to introspection.

Many Euphoria characters are high school archetypes. Nate, the football quarterback, is the classic jock with daddy issues and toxic masculinity. Cassie embodies the internalized misogyny archetype, dependent on male validation and believing that her self worth is tied to her sex appeal. Rue uses drugs in part to escape the hardships of her reality.

Euphoria takes these tropes to the extreme, which can remind some viewers of their own lives. Some boys watching Nate choke and hit multiple women might notice their own misogynistic tendencies or view the actions of other men in a different light. Some girls watching Cassie see her bend over backwards to be the ideal, obedient girlfriend, and may remember the ways they have felt forced to cater to male desires at the expense of their own dignity. Some teenagers do drugs, and may have revelations about their dependency on those drugs when they see Rue banging on her drug dealer’s door, begging for more. The emotions in these portrayals can hit a nerve, urging viewers towards introspection about their own relationships with vices, masculinity, social media, and need for approval. This self-analysis of viewers’ own experiences prompted by the show is essential; the first step towards remedying toxic tendencies is being aware of them.

The struggles of every character on this show seem outlandish, on the surface — your average high schoolers aren’t addicted to cocaine or stalking and assaulting their significant other’s side piece. But many teenagers have similar experiences on a smaller scale. This dramatization is a gentler way of making viewers see the reality of their experiences, inviting them to confront the most intrinsic parts of themselves. Ultimately, Euphoria is the chronicle of all our high school experiences, even if we don’t realize it.