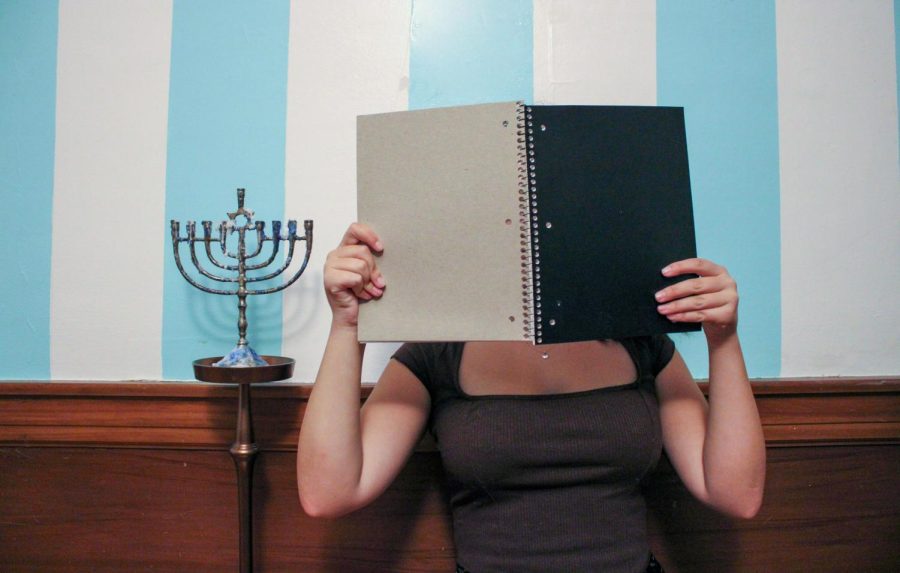 Junior Micah Mangot finally sat back in her desk chair, taking a break from the pages of math problems in front of her. She had been fasting since dawn and needed to rest. When she glanced at the clock, she did a double-take — three hours had passed since she started her homework. Despite it being Yom Kippur, one of the holiest days of the year in Judaism and a time for reflection, she had spent the holy day working on makeup assignments, wanting to avoid a buildup of work when she returned to school.

Mangot is one of many Lowell students who have found themselves at a crossroads between their faith and their education.

At Lowell, many students like Mangot miss school to observe a wide variety of religious holidays that aren’t classified school holidays, from Yom Kippur to Eid al-Fitr to Vesak. Although their absences are excused, these students can face unintended academic repercussions for missing school during religious holidays. Individual teachers may accommodate major holidays into their lesson plans, but this is not standardized. Without policies dictating the frequency or intensity of workload and tests, as well as a lack of awareness around holidays, students and teachers are in charge of trying to ease the academic burden for those missing school for religious holidays.

According to the California Education Code and San Francisco Unified School District (SFUSD) Board of Education Policy 5113, students that miss school to observe religious holidays will receive excused absences, and are guaranteed the chance to make up missed assignments or assessments for full credit. “An excused absence is anything related to participation in religious exercises or religious instruction,” says Phillip and Sala Burton Academic High School Wellness Coordinator Patrick Mulkern, citing both the Californian educational code and SFUSD board policy. However, there are no official policies dictating the amount of work that can be assigned during these holidays.

For students like Mangot, this issue has been present for years. Missing school days for religious holidays has become a standard part of her routine, stretching all the way back to her middle school years. This is also an issue for Muslim student and junior Aida Hassani. “I miss at least one day of school due to holidays every year,” she said.

Some students lament the lack of clear guidelines meant to manage the amount of work that can be assigned during the occurrence of religious holidays. According to Mangot, some teachers have continued to assign work, saying that she knows of four tests that were previously administered on Yom Kippur. Although the Lowell administration has strongly recommended that teachers don’t administer tests on major holidays such as Rosh Hashanah, they lack the official authority to enforce it. Mangot believes that this grants teachers the liberty to administer tests at will, regardless of students’ schedules.

While the district guarantees that students are allowed to make up any work, the validity of the absence does little to relieve the heavy workload they often face after returning to school. In addition to testing, missing school for religious observances has had negative academic consequences due to a build up of homework and in-class assignments. “Trying to make up six or seven classes multiple times is a lot of extra work,” Mangot said. For her, missing even one day of school can have a detrimental effect on her academics, a sentiment that Hassani also agrees with. “It’s difficult because when you miss a little bit of school, it means a lot more work later,” Hassani said.

For a handful of students, this issue has negatively affected their grades. Mangot has seen her grades fluctuate due to her absences. “I had a C in one class for weeks because I had zeros on assignments I missed [on Yom Kippur],” she said. She can also recall getting questions wrong on a pre-calculus test because the concepts had been taught on Rosh Hashanah when she was absent, and despite her efforts to self-teach the material, the fast-paced nature of her class meant she hadn’t gained a comprehensive understanding of the topic. “I don’t really have control over [missing school], and it’s important for me to take time off to observe my religion,” she said.

Although this problem may be present at other schools as well, many feel that Lowell’s strict, demanding environment exacerbates it. Hassani cites Lowell’s notoriously demanding, rigorous environment and workload as a factor that exacerbates the academic consequences. “At this school, there aren’t any excuses for missing work,” Hassani said. During her freshman year at Lowell, Mangot remembers passing by a sign outside the attendance office telling students that absences will hurt their grades. She feels that the school culture surrounding absences strongly discourages her from taking time off.

Hassani believes the academic stress associated with missing school has kept her from observing her religion fully. “I feel like holidays should be a day off, where I don’t have to worry about school work,” Hassani said. Senior Jessie Satovsky, who is Jewish, agrees, saying that her academic obligations end up largely cutting into her time meant for celebrating her religion. She’s forced to instead spend holidays making up assignments, which she feels defeats the purpose of taking a day off.

According to some, this issue stems partially from a lack of authentic cultural understanding about the importance of these holidays. “I feel there isn’t enough recognition for other religions that students and members of our community follow,” said senior Pradipti Lama, who is Buddhist. Satovsky believes that a more structural, school-wide shift in the attitude towards religious holidays is a necessary step towards making absences less burdensome for individual religious students. Mulkern agrees, saying that many teachers simply aren’t aware of many major religious holidays and raising awareness regarding the topic is a key step. “[The question is,] how do we both convey information to students and families about their rights, and get information from students to faculty about holidays that are important and might lead to an absence,” said Mulkern. He believes that, in order to provide students with more support, encouraging discussion around the topic is crucial.  “What’s most important is increasing authentic partnership with students and families so there is communication within schools,” Mulkern said.

Some teachers have already taken their own steps towards achieving this goal. To combat the issue of students facing copious amounts of work due to absences, they have taken initiative to accommodate religious students’ absences by planning around them. For Mangot, she’s noticed that some of her teachers are happy to accommodate her. She points to her English teacher, Allison Kent, as an example. According to her, after telling Kent she’d miss class for services, her teacher shared with her a preview of what the lesson would be, and communicated all assignments she’d have to make up. Additionally, Kent promised that no tests would be administered on that day, further making Mangot’s absence as stress-free as possible. According to AP Physics teacher Scott Dickerman, Lowell teachers were notified of their responsibility to take students’ religious obligations into consideration when planning lectures. via an email from Vice Principal Darell Daniels. The email addressed the presence of the Jewish Holy Days and asked teachers to refrain from administering tests.

In order to avoid panic among students who miss school on religious holidays, other teachers have implemented fixed, relatively unchanging, schedules. Dickerman, who is Jewish himself, has taken to communicating his class’s schedule weeks beforehand, to inform students of what they’ll be missing. “The way I teach is that the days of the week are pretty much set, and there’s a regular rhythm to it,” Dickerman said. This way, he says, students are aware of what work will be waiting for them when they return.

Although these adjustments have been made by some, Mulkern understands that this problem is far from over. He points to the sections that officially accommodate religious holidays in SFUSD’s board policy as an example of positive progress. In the meantime, he acknowledges that progress is a crucial step towards more accommodating, understanding school environments. “I think we’ve moved in the right direction, honoring and acknowledging a wide variety of holidays,” Mulkern said. “But we can always do a better job.”

Students’ experiences with missing school for religious holidays have differed. Some lament the lack of accommodations despite having absences excused, while others believe the problem is representative of a bigger issue; the lack of authentic awareness of other cultures’ holidays and observances. “[Missing school for religious events] should be way less burdensome for individual students,” Satovsky said.