No taxation without representation: Why the voting age should be 16 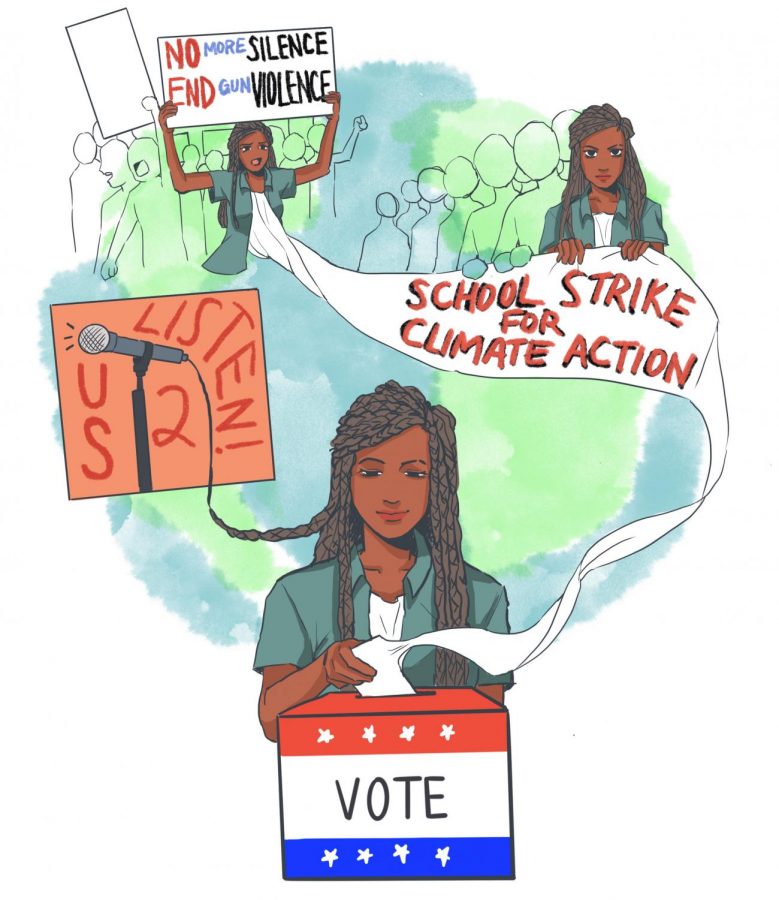 The young people in our country understand how policies impact them, their families, and their communities, and it’s time that they get a voice in our government.

Work full-time. Pay income taxes. Obtain a driver’s license. By the age of 16, you can do all of the above. You can even be tried as an adult in court for certain offenses and register as an organ donor in 48 states. Given that 16-year-olds carry the responsibility of making life-shaping decisions and oftentimes face the same legal consequences as adults, they should be able to participate in our country’s democratic system.

I am not alone in holding this conviction. In 2015, Generation Citizen, an organization that provides effective civics education for students, started Vote16USA, an initiative that advocates for the extension of voting rights to 16- and 17-year-olds in local, state, and national elections in the United States. Since its founding, three cities have passed legislation to lower the voting age to 16, and the initiative has garnered support from state politicians like California State Assemblymember Evan Low to national figures like former 2020 presidential candidate Andrew Yang. There are currently nine active youth-led Vote16 campaigns in eight states, and the movement continues to grow every day.

San Francisco’s Vote16 campaign launched in 2014, when a group of students who were frustrated that they weren’t able to cast ballots regarding issues like affordable housing and minimum wage increases, started the Vote16SF campaign to extend voting rights to 16- and 17-year-olds in San Francisco’s local elections. I got involved with the Vote16SF campaign in August 2019, when I was appointed to represent District 7 on the San Francisco Youth Commission, a body of 17 students that advises the Mayor and Board of Supervisors on policies impacting young people in San Francisco. Along with six other members of the commission, I’ve been organizing for Vote16SF this past year. We’ve hosted town halls with community members, given public comments at a Board of Supervisors meeting, and met with numerous public officials, nonprofit organizations, and labor unions to secure over 45 endorsements for Vote16SF.

Almost every time I present to an organization, there is someone who expresses that 16-year-olds are not mature enough to vote. But this statement is not true. From a psychological standpoint, maturity is defined as having the ability to make careful, thought-out decisions. There are two different thinking systems in our brains: hot cognition and cold cognition. Although it is true that 16-year-olds’ brains are still developing so they don’t perform as well as older adults in impulse-driven situations that involve hot cognition, 16-year-olds can perform cold cognition just as well as adults. According to Lawrence Steinberg, an adolescent psychologist and professor at Temple University, voting depends on “cold-cognition,” a decision-making process that requires logical thinking and careful consideration. Cold cognition is fully developed by age 16, and typically does not improve as one grows older. Legal age limits should be set in accordance with what is best for each individual issue. In the United States, the driving age in most states is set at 16, and the drinking age is set at 21. The voting age for local, state, and federal elections should be set at 16.

Expanding the voting age to include 16 and 17-year-olds will strengthen our democracy by creating civically engaged citizens. Voting is habitual, and 16 is a better age than 18 to establish the habit of voting. At 18, most people are in a state of transition as they adjust to independent, college life, which makes it less likely that they will have the capacity to vote. Additionally, because 18-year-olds are often in a new location for college, they either have to vote in a community they’re unfamiliar with or cast ballots in a place they no longer reside in. At 16, youth can jumpstart a lifelong habit of voting in a more stable environment, supported by family, peers, and teachers. Sixteen is also the age when students are typically learning about government and politics in school, so allowing them to vote during this time will enable them to put theory into practice. Young adults between the ages of 18 and 24 have the lowest voter turnout of any age group in the United States, so allowing young people to establish the habit of voting at an age when they’re more likely to vote could help increase overall voter turnout.

When campaigning for Vote16 in the community, I also hear concerns that young people won’t vote even if given the opportunity. But data from various local elections show that when 16 and 17-year-olds vote, they turn out at higher rates than 18 to 21-year-olds. In Takoma Park, Maryland, where the voting age was lowered to 16 years old in 2013, 44 percent of registered 16 and 17-year-olds voted, which is the highest rate among any age group in that city. Hyattsville, Maryland, and Greenbelt, Maryland, two other cities that allow 16- and 17-year-olds to vote in local elections, have also found that 16 and 17-year-olds tend to vote at higher rates than 18 to 21-year-olds. Clearly, the youth in our country have a stake in the game and are ready to make their voices heard at the local, state, and national level.

Every day, there are policies being implemented that directly impact young people, but we don’t get a say in those decisions. To date, only three cities in Maryland and one city in California allows 16- and 17-year-olds to vote in local city elections. Young people in the rest of our country can’t elect the public officials who make decisions on our behalf, cast ballots to raise the standard for gun ownership even if firearms are the leading cause of death for children and teens, or vote to tackle climate change even though our generation will have to live with the consequences of rising temperatures and intensified natural disasters. It’s unfair that young people don’t get to vote when we are functioning members of society and valuable constituents of our government representatives. It’s imperative that we get a say in how decisions are made because policy decisions have immediate and long-term effects on our lives.

Aside from increasing youth representation, Vote16 can help advance equity in policymaking. According to Demos, a research institute that powers the movement for a responsive and multiracial political system, mobilizing potential voters is one of the main ways we can build a more just democracy. In the United States, wealthy, white, and older American voters out-participate people of color, low-income folks, and young people by significant margins. This leads to low-income youth and their families being unfairly impacted when it comes to funding for social welfare programs like healthcare and affordable housing. Due to structural inequalities like racial discrimination and lack of cultural capital, many disadvantaged Americans are left out of the democratic process. As a result, policy decisions don’t reflect the true needs of our country’s citizens.

Vote16 can help shift public policy in a more equitable direction by enfranchising disadvantaged young voters. In recent years, the percentage of minority youth enrolled in schools across the country has been growing steadily. The Brookings Institute, an American research group, projects that this trend will continue into the future, which means that racially diverse populations will be “key players in the country’s demographic and economic future.” Data from the United States Census Bureau also found that more than 52 percent of adolescents aged 10 – 19 are living below the federal poverty line or in low-income families. By extending voting rights to 16- and 17-year-olds who come from backgrounds that are traditionally underrepresented in politics, Vote16 will empower underserved youth of color to be a part of the process for future decisions. Activating low-income youth politically will start conversations about social equity and help us move towards a more inclusive democracy that works for all of us, not just the privileged few.

Young people are our future and our present. We will grow up to be future doctors, community organizers, and journalists, but at age 16, we are already leaders in our communities. Sixteen- and 17-year-olds are often at the forefront of important movements like the March for our Lives and Sunrise climate strikes, fighting for a better future. Right now, workers ages 16-24 make up 24 percent of all frontline workers in the industries most affected by COVID-19 closures. Young people, including 16- and 17-year-olds, deserve a say in the decisions about how we recover from this global pandemic. Low-income youth of color, who have been most severely impacted by the COVID-19 crisis, have to watch helplessly as public officials that we didn’t elect make decisions on our behalf. It’s frustrating to not have a direct say in any of the decisions being made when we know how these decisions are impacting us and how it will continue to impact us into the future.

Vote16 is a growing movement. I started working on the campaign when I was 17 years old. I recently turned 18 and I continue to advocate for 16- and 17-year-olds to have the right to vote. I believe that by expanding voting rights to 16 and 17-year-olds, we can build a more representative government, allow youth to exercise an important constitutional right, and move towards a more equitable and inclusive democracy. The young people in our country understand how policies impact them, their families, and their communities, and it’s time that they get a voice in our government.