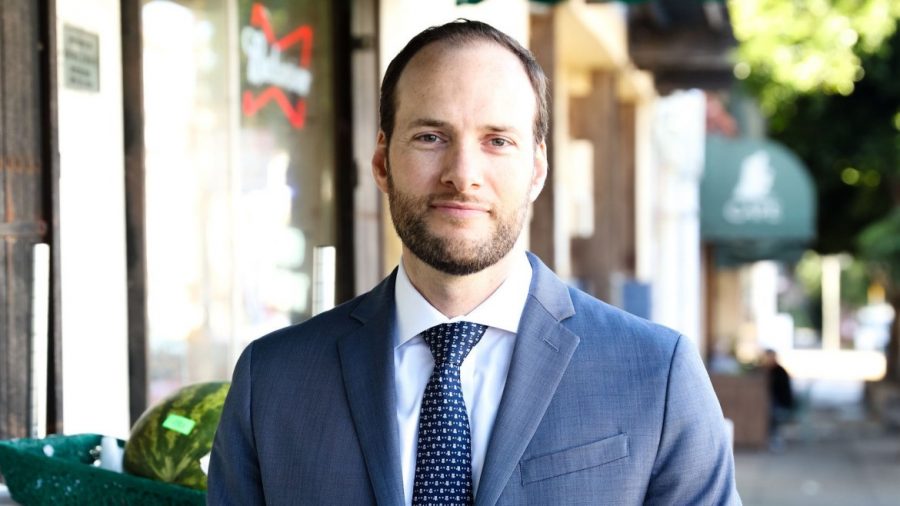 November 2019 brought the end to a highly contested race for the position of district attorney (DA) of San Francisco. The city ended up electing Chesa Boudin, a former public defender (PD) with no previous experience in the DA’s office and known to be radically left leaning. During the election, the city seemed to be split into two opposing groups: those who aggressively supported Boudin and his policies, and those who were vehemently against his progressive plans for the city. Even now, with Boudin in office for two months, the city remains polarized as supporters are pleased with the implementation of the radical policies he promised during his campaign, and the opposition is further infuriated with the changes that strongly reflect Boudin’s time as a PD.

Students that follow local politics are similar to their voting age counterparts, divided — some students see him as unfit for the job and others see him as the change that San Francisco needs. Here, two students weigh in on their opinion of DA Boudin.

While many may credit Boudin with bringing a fresh perspective into the justice department and being a voice for groups of people typically discriminated against, the truth is that his novelty to the DA’s office is a danger to our justice system.

First and foremost, being a former PD, Boudin threatens to upset the delicate balance of powers in the justice department. The fundamental difference between the two positions — PDs defending those unable to afford an attorney and DAs prosecuting crime — means that DAs often find themselves opposite PDs in terms of what they mean to achieve. Thus, a former PD in the DA’s office raises the concern that San Francisco is the only county in the country with two PDs and no true DA.

In a concrete example of the negative impact of Boudin’s PD background, he has dropped charges against criminals multiple times. Just this Monday, he dropped charges of elder abuse brought against an African American man after he assaulted an elderly Asian-American man in the Bayview District. The charges were dropped so a restorative justice approach could be taken. Boudin’s chosen course of action poses one big issue: the attacker is a convicted felon already on probation and facing multiple previous charges. There is a very low chance that he will change after going through restorative practices. Boudin must remember that he is no longer a defender of the accused, but a defender of the citizens of San Francisco; his new role is to legally protect the people from those seeking to do harm. On top of that, this is a hate crime. Racism against Asian-Americans hits particularly close to home among Lowellites, over 56 percent of whom are Asian. This issue has arguably received insufficient attention. It is going to keep being ignored if the DA continues to drop charges against those who propagate this racism. Boudin has become so focused on helping the same particular group of people from his PD days that he is overlooking other vulnerable people in San Francisco.

Carrying on this trend, Boudin seems to be letting the rampant levels of crime in San Francisco fester as a result of his PD-influenced policies. According to the Public Policy Institute of California, San Francisco has the highest property theft rate in the state but one of the lowest rates of arrest in the country. With his refusal to prosecute quality of life crimes like car break-ins, Boudin is easily considered a part of this problem. Smash-and-grab car break-ins are often committed by crime networks that work in harmony with each other, contrary to the popular belief that impoverished people are the ones to commit these crimes out of desperacy. While he may think he is “[decriminalizing] poverty,” crime networks will do nothing but flourish under this refusal. Under the same goal of decriminalizing poverty, Boudin has also eliminated cash bail. This is beneficial for most crimes, as people will show up for court and do not need the incentive, but career criminals involved in crime networks that are arrested for theft have only the threat of having to pay a high bail stopping them. Take that away and they might as well be encouraged to commit these crimes.

Not only is Boudin influencing the DA’s office as a former PD, he is amplifying his own effect with his hiring and firing within the office. In the first month of his term, Boudin fired six prosecutors, a subset of lawyers that work for the DA, and hired four attorneys to fill their places. There are two main issues with this: first, he is firing people from an already understaffed office, and second, two of the four people he hired were from the PD’s office. These people he is hiring, as former PDs, are accustomed to defending the accused criminals of the city. It is a drastic switch to have them now prosecute the same people they used to defend, people they have been trained to be biased towards, without any transition in between. These former PDs may find themselves taking actions heavily influenced by their background and there will be no one left in the justice department to counterbalance them.

Regardless of the tension, Boudin will be the DA for the coming years. As with any new administration, change is expected to happen, no matter how drastic it may be. While people may not be happy about Boudin, there is not much they can do besides show up to the polls in 2023.

Boudin, while controversial, is the key to undoing the layers of systemic racism and discrimination that have become ingrained in the San Francisco justice system. Many are arguing over Boudin’s experience but they fail to see the reform and justice possible as a result of his administration.

While Boudin critics are concerned by him releasing people convicted of low-level crimes, it should be taken into consideration that this move was made in order to rectify the injustice of past forms of institutionalized racism. This institutionalized racism is particularly evident in the mandatory minimum laws set in place during the 1970s War on Drugs. Mandatory minimum laws are a category of laws which specify the minimum amount of prison time that must be served for a particular crime. This particular set of laws created longer prison sentences for the distribution of drugs that were more commonly found in communities of color, with lesser sentences for a different form of the same drug statistically used by white people. This legislation institutionalized racial bias and resulted in the mass incarceration of communities of color.

Boudin is also an attentive and effective DA, as is demonstrated by his strategy towards car break-ins. San Francisco car theft is rapidly on the rise and it weighs heavily on the minds of many Bay Area residents. It is important to note that, when it comes to smash-and-grab car break-ins, the motive is normally related to systemic issues such as the housing crisis and mental health. Distress that results from homelessness, or lack of access to mental support, can act as a stimulant for these types of property crimes, regardless of whether a crime network or desperate individual commits them. Such issues will not be solved by tough-on-crime tactics, like increasing camera vigilance or harsher sentences. Bringing down the full force of the legal system on someone accused of a car break-in will not stop the next burglar from taking an elbow to your car window. Boudin’s plan, however, implementing restorative justice and comprehensive mental health programs to support citizens while keeping them out of jail, will address the root of the problem.

Anyone arguing that these actions taken by Boudin are allowing crime to run rampant is completely missing the point. These actions, though undeniably influenced by his time as a PD, are aimed at addressing a problem much, much bigger than crime: institutionalized racism. It is only with Boudin’s plan for systematic reform that we will begin to see real change in this epidemic.

Issues such as unjust sentencing and baseline inequities that lead to quality of life crimes are solvable using Boudin’s policies. This is why Boudin is a strong and effective DA. Not only will he provide security and justice for our community as a whole, but he will implement policies that protect vulnerable communities, thus contributing towards rectifying decades of discrimination in the city.