How Lowell changed my outlook on politics 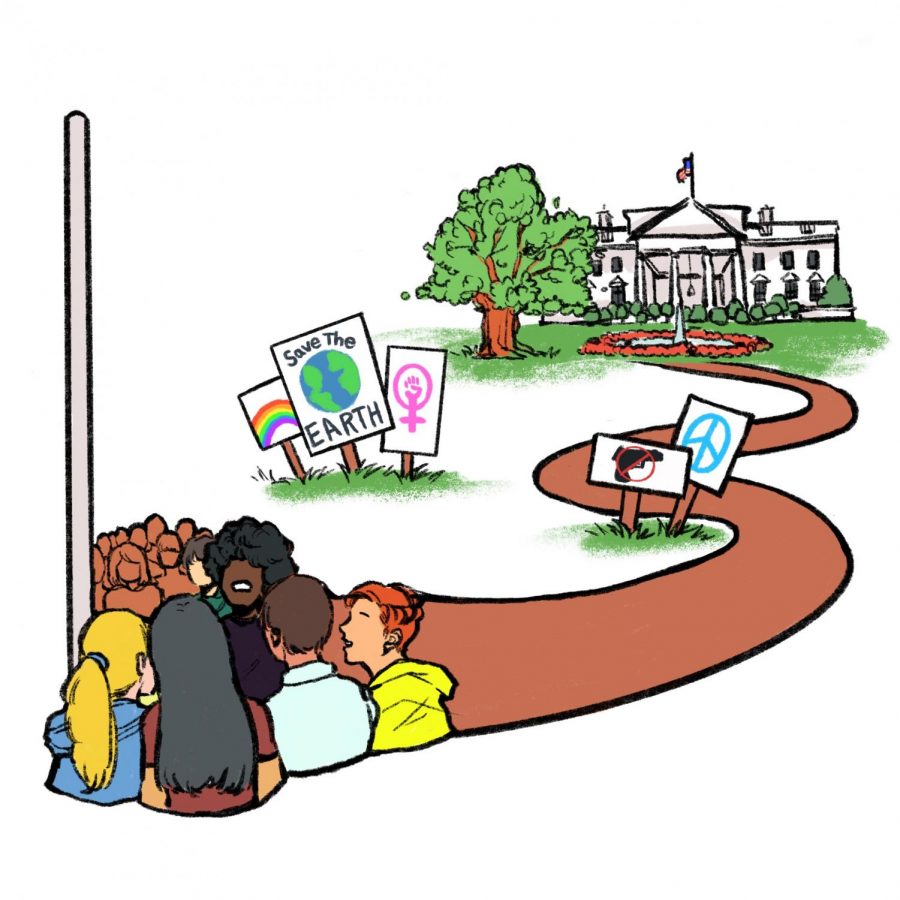 As I awoke to a crisp morning during my eighth grade year, I turned on the television, and the first channel to appear on the bright screen was Good Morning America. News anchors in fancy professional clothing read off a prompter, discussing the latest information from the White House. Sighing, I immediately changed the channel. I didn’t want anything to do with long boring speeches and tiring debates. I would have none of that. To me, seeing so many politicians in black suits and proper dresses was repetitive and typical. It became overly generic and I didn’t have an interest in it.

Little did I know that that would soon change.

The middle school I attended approached politics lightly. There were hardly ever any rallies for justice, no political clubs, and talking about the government was the last thing any student would want to talk or think about.

But when I first arrived at Lowell my freshman year, I was stunned by some of my fellow students’ political fervor, the complete opposite of what I was used to. They were fierce advocates and defenders for what they firmly believed was right, not students who only memorized the Constitution for history class. This was something that I had never seen before, at least in teenagers. I looked around and felt like an off-course ship that had lost its bearings. Then, I decided that I wanted to have the same feelings as they did. It was then, after seeing the passion of my peers, that I decided to start developing my political opinions.

On a cold March morning of that same year, I chose to participate in a walkout on the Lowell campus to honor victims of the Stoneman Douglas High School shooting. And there we stood — 2,600 teenagers standing like sardines underneath Old Glory listening as one of our own rallied support for more restrictive firearm laws. As they spoke and as I walked away from the large crowd back to my French class, I got my first sense of how it felt to be empowered and interested in political affairs.

The summer before my sophomore year, I went with my family to visit the heart of American government — the Capitol Building, a beautiful, ornate structure, and one that I now cared more about because of my experiences at Lowell. Inside, I watched a short clip on the history of Congress, and the privilege of freedom of speech they have laid out for the American people. As I watched, I could feel myself getting more and more reeled in. It was an emotional clip, showing the hardships this country has overcome, such as the Great Depression, and the challenges we still face, such as racial and gender inequality.

And again, the image of my politically active peers shouting over a megaphone shaped the way I thought about the building and what it represented. As I walked through the Rotunda, and onto the antique checkerboard floor of the previous chamber of the House of Representatives, I slowly realized it wasn’t just an old, beautiful building. It wasn’t just a place where the suits would come in and make laws in monotonous tones. Because of my new experiences in high school, I saw it as a living, breathing, symbol of this country’s morals, power, legal codes and, most importantly, a symbol of us, the people. I felt overwhelming gratification at the fact that we have this ability, this privilege, to continue to constructively judge the way those in power run this country — a far cry from the experience of my Filipino relatives who live and have lived under the control of corrupt government leaders who have absolute power.

My experiences at Lowell and my visit to the Capitol helped me realize why politics is so important to others. The people who cared deeply about politics wanted to incite change, improve the government, and pave the way for a better nation. So, in order to aid other Americans working for the same cause, I began to care more deeply about the state of affairs in government.

After I came back, I exercised my new political curiosity by informing my parents about Proposition D, a bill that would derive funds from rideshare services through a tax to fund public transport infrastructure. I knew that this would be relevant to them, but the shocked look on their faces told me that they didn’t expect any of this from me. It was nice for me to know that I could influence what they wanted to support and vote for. That was what caring about politics did to me.

As I continue to witness the intense political atmosphere at Lowell that some of my peers contribute to, I can only be happy for them. My experiences at Lowell have jump-started my realization that we have come so far as a nation, and that not formulating and expressing our own opinions would be an injustice to the country that was created from the sacrifices of millions of people that had a vision of what a just government should be.