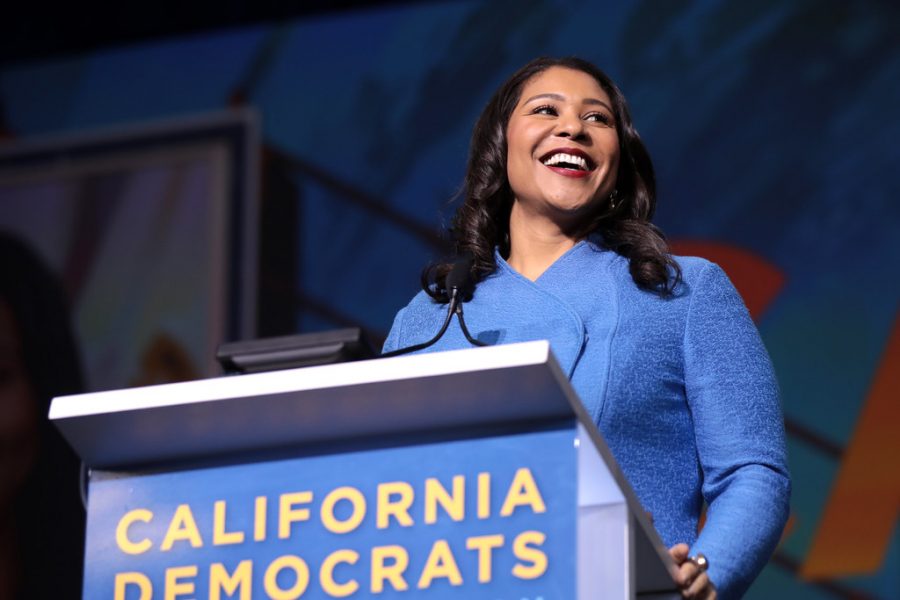 Now mayor of San Francisco, London Breed was driven to pursue a career as a policy-maker by the challenges she faced during her early childhood and school years

With only a few bags and a friend to drop her off, 18-year-old London Breed approached the University of California (UC) Davis campus on move-in day. Everyone else around her had family and cars and huge, brown boxes. When she got to the dorm and met her four other roommates, they all had parents to help move them in. While unpacking her stuff, she realized something: her sheets didn’t fit the bed. All of the other girls had bought extra long sheets for the dorm. They had parents to tell them they would need the sheets, and money to buy them. Breed had neither of those things.

This wouldn’t be the last time she would feel the frustration and loneliness of coming from a home life less comfortable than that of those around her. She had to push herself in high school to resist getting in arguments or putting her social life over her academics. In college, she couldn’t always buy books or get the support from home that others could. Instead, she had to start book sharing and made new friends that could become her support system. Despite these challenges, she was able to graduate, not only from UC Davis, but eventually from graduate school at the University of San Francisco. She never let disadvantages stand in the way of her success.

Breed, 45, is now the mayor of the City and County of San Francisco. She had a difficult upbringing and could’ve gone down the wrong path that many people around her eventually went down. The ways in which she was disadvantaged, however, made her determined to improve conditions for people in similar situations.

Breed’s first set of obstacles began while living in public housing in San Francisco. Her grandmother raised Breed, her two brothers, and one of her sisters, in addition to caring for her aunt who had a mental disability. There were a lot of people in one house, and they had to face many challenges living there. They started in a two bedroom house, lacking space and privacy. There were mold and roaches, regardless of how much they cleaned – which was a lot.

That was on the inside; the outside had its own abundance of problems. There were constant shootings, stabbings, drug dealings, fights, and police. “It was a crazy environment, but it was still home,” Breed explained. Still, the chaos she grew up around was all she knew; it was normal. “You’d hear some fighting or shooting, you’d duck for a minute and go right back to playing,” she said. She understood from an early age that the people around her weren’t inherently bad, but that most of them had been pushed down the path of gangs and drug dealing because of their socioeconomic circumstances.

Initially, Breed was not particularly passionate about her academics. She went to school because her grandmother made her and mostly listened to her teachers to avoid being sent home. According to Breed, she was involved in fights and had problems with misbehavior beginning in junior high.

Her attitude changed in high school, thanks to a combination of band class and a few instructors who always supported her and very much wanted her to succeed. She passionately wanted to be in band, and when she was told by her instructor at Galileo High School that she would have to “get it together” to stay in it, she decided to shape up. There were still problems, and when she would get into a fight or an argument with a teacher, she was sent to her vice principal, Ms. Corvello. Breed did not want to disappoint Corvello, who was always supportive and there to listen. Corvello helped her improve her behavior and move past the problems she had had in junior high. She began to think deeply about what she wanted: getting into college, graduating, becoming a scientist, and creating change.

In college, Breed was thrown suddenly into a completely different environment, with few people coming from a similar community. UC Davis was a very different environment and demographic than San Francisco. Where others had support, money, and a happy family back home, London had to do things on her own. She didn’t have people around her who understood her struggles and past experiences. During her entire college and adult life, she saw her peers having fun and not worrying about small expenses. Through her frustration, she had to remind herself of her goals and what she had to do to achieve them. “I realized I had to sacrifice, I had to study, I had to stay out of the streets, I had to focus,” Breed recalled. It was isolating, but she had to keep thinking about the future.

She got through hard times through prayer and hope. She had hope that things would get better, but she also knew that they wouldn’t if she didn’t work hard. Sometimes she couldn’t get the clothes she wanted or go to concerts with her friends. But she felt that if she worked hard enough, she could graduate and get a job where she could support herself. And she did.

Breed not only overcame her hardships, but she was inspired to follow a political career path because of them. She had started at UC Davis as a chemistry major, but changed to political science when she realized that she could change a community for the better through policy. Through later interning and working in the San Francisco Mayor’s Office of Neighborhood Services, she also saw the power that comes with political positions. She realized she could help her community, people like her. And so, she continued working in the field, doing her best to help people and change things. She wanted to prevent more people from experiencing the home life that she did. “That was part of my mission. That despite what I ended up doing, however I was able to pay my rent and my bills, part of it had to be, ‘How do we make sure that other people don’t end up like this?’” she said.

Breed advises others who have a difficult home life, struggle economically, or are facing other challenges to stay focused on what is truly important to them. When you feel angry or overwhelmed, talk to a counselor, peer mentor, friend, or family member, she says. Don’t let your emotions boil over and push you into making bad decisions. As you push through challenges and struggles, remind yourself of the future that you’re working towards. “You have to think of the future,” Breed explained. “You have to know that the present doesn’t have to stay that way.”

Now, Breed is able to buy all the textbooks she could want and extra long sheets for her bed. She doesn’t feel isolated anymore, she’s no longer the girl who can’t stay out on a Friday night. To this day, though, she is jealous when her friends reminisce about when their parents dropped them off on that first day at UC Davis. Her struggles, and the painful memories that resulted from them, will accompany her throughout her whole life but they have also made her stronger. It’s those difficulties that motivated her to help others through the power of policy, believing that anyone can create their own future, no matter where they come from. “Never let your circumstances determine who you become in life,” she said.