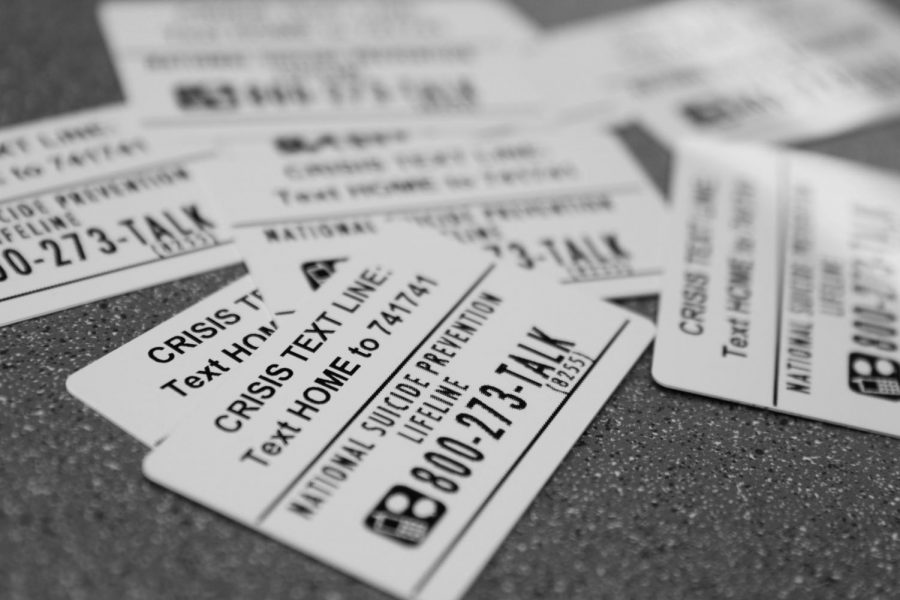 Passed in July, California Senate Bill 972 requires all student IDs to be printed with the Suicide Hotline number.

Lowell’s annual picture day week rolled around with nothing seeming out of the ordinary–until students received their ID cards to discover that the “The Lowell Hymn,” usually printed on the back of the cards, had been replaced with the number of the National Suicide Prevention Hotline and the number to the Crisis Text Line; both serve as 24/7 toll-free hotlines for those in emotional or suicidal crises.

This change is not particular to Lowell, however. As of July 1, California Senate Bill 972 requires that every student ID, for Californian students in the seventh grade through college, be printed with the hotline numbers. The law was enacted in response to rising rates of suicide, the second leading cause of death for Americans between the ages of 10 and 34, according to the National Institution of Mental Health. “Providing an easily accessible suicide prevention telephone hotline number on a student’s identification card will be [a] necessary resource for potential lifesaving help,” the Assembly Committee of Education stated in the legislative bill. State Senator Anthony Portantino, a strong advocate for mental health policy, was driven to introduce the bill as a result of a personal experience. “After my brother’s suicide, I was saddened to learn that so many friends, neighbors and strangers had family members who struggled with suicide,” Portantino said to the LA Times. “I am committed to carry legislation that will bring mental health out of the shadows into everyday conversation without stigma.”

At Lowell, the new cards have received a mixed response from the student body and the administration. Some students believe that although the cards are a helpful resource, the California State Senate may be ignoring a larger issue. Sophomore Nicole Catanzaro believes that greater change within the school system is a necessary action toward lowering teen suicide rates rather than simply printing the hotlines on the backs of student IDs. “Really? I mean, instead of changing how our school is run…you throw the suicide hotline on the back of the card instead of changing [anything].” Catanzaro hopes to see better resources offered by the district as well as the school administration and views the prevention numbers as a lack of effort from them.

Many students are also concerned that instead of taking the topic more seriously, peers will make jokes about it or laugh it off. Lowell’s Mental Health Awareness Club released a statement regarding the topic: “The Mental Health Awareness Club hopes people see how valuable this resource can be to those who are suicidal or in crisis. Laughing it off may cause those who need it to see it as an invalid resource.” The presidents of the club encourage fellow students to treat these topics in a serious manner.

The administration views the new change as one that is helpful yet not too extreme, and hopes that it is a guiding direction in offering other mental health resources in the future. “I just think it’s a pretty preventative resource–it’s the same as putting the school website on the back or the phone number to the fire department,” assistant principal Orlando Beltran said. Beltran had also been unaware of the situation until he received his own ID. “It’s hard to say if it’ll have an enormous impact, but the fact that it’s just there has an impact.”

Although Senate Bill 972 may seem like only a small step forward, and to some, a step backwards, Portantino hopes the hotlines can contribute to a more open and public conversation regarding mental health issues. Along with this resource, the Lowell Wellness Center provides advice and a safe space for students who are struggling or need to talk.