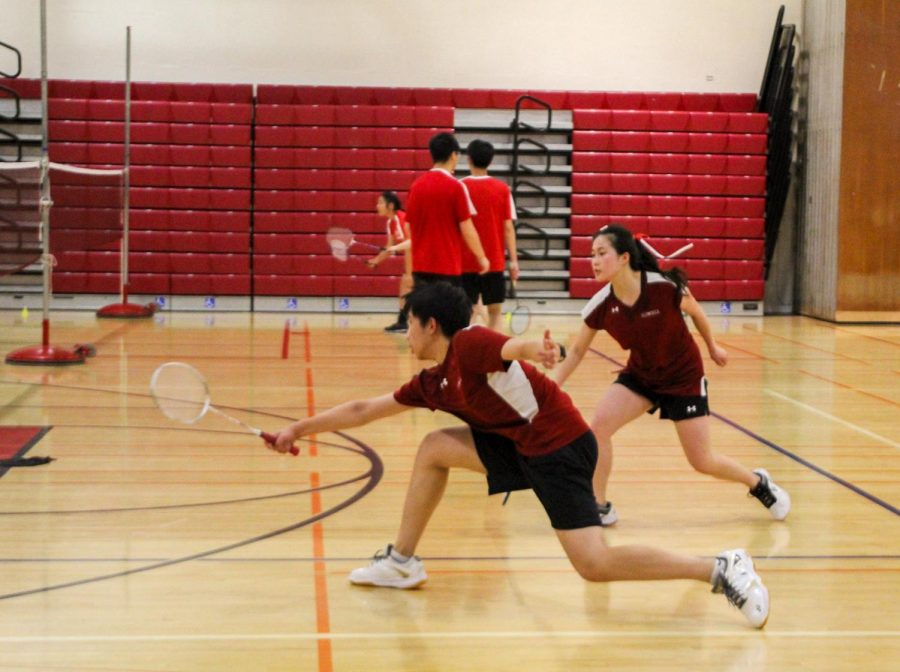 In a formidable partnership, senior Betty Yang and junior Alan Su both lunge forward to return the birdie during the regular game against the Washington Eagles on April 18.

Lowell’s varsity badminton team defeated the Washington Eagles 6-1 on May 15 at Galileo, claiming the championship title for the CIF/AAA San Francisco Section.

During the first girls’ doubles match, seniors Elaine Huang and Joanna Feng crushed their opponents 21-14 and 21-7. The second girls’ doubles match also concluded in a Lowell victory, with juniors Helen Guan and Sophie Li winning their sets 21-17 and 21-11.

The first boys’ doubles match started off with a 21-12 defeat for junior Jeffrey Truong and senior Jacky Lan. In the next two sets, however, Truong and Lan came back and overpowered their opponents 21-17 and 21-15, thus winning the match.

As a graduating senior, Yang was satisfied with the results of the game and was pleased to see the team spirit that was shown. “I’m super proud of our team because the players played their hearts out and made every point count, and even those who didn’t play cheered the loudest and made sure the players felt supported,” Yang said. “The spirit that we showed defined Lowell badminton. I’m super glad that I got to see it for one last time.”