Different routes to the same goal: How three Lowellites chose their prom dress 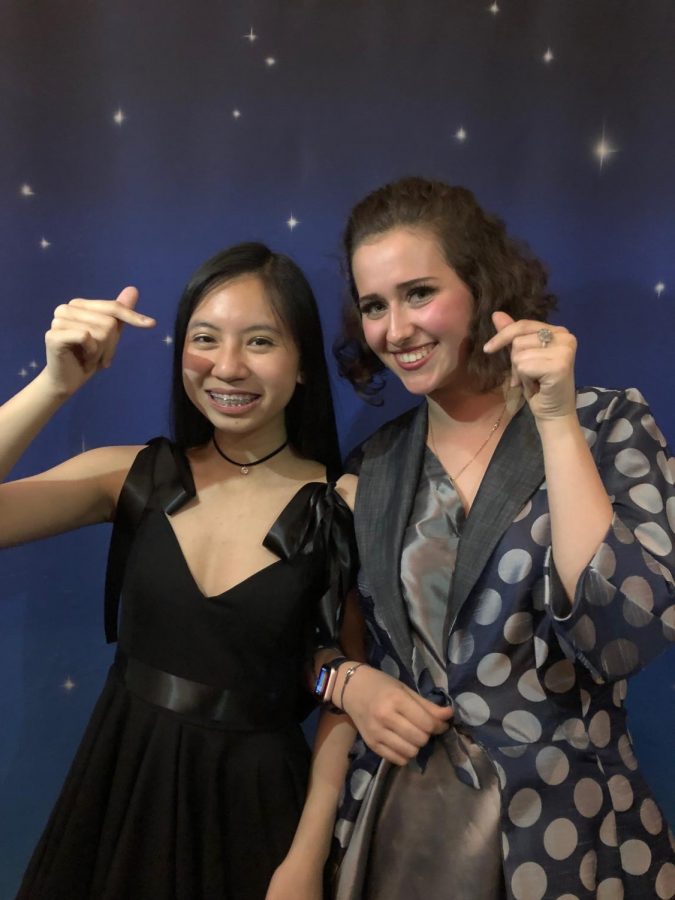 Prom is supposed to epitomize the quintessential American high school experience: fancy venues, formal dresses, elaborate promposals and more. At Lowell, female students have devised a variety of ways to find their outfits. Some students use their talents to make their own dresses, some use services like the Princess Project to get outfits for free, while some prefer to buy them new. Because there are so many innovative ways to get dresses, the high price tag associated with prom can be removed from the long list of Lowell students’ worries. Students can choose to spend their time making their own dream dresses, find dresses through free programs, or pay hundreds of dollars and still have a great prom experience.

Junior Whitney Chan had been planning to make her own prom dress since middle school. After cycling through various ideas and abandoning the dress she had previously started, she started working on her the final design the night before junior prom, and was able to finish it by 2 p.m. the next day. Although saving money was an added bonus to making her own prom dress, the ability to create a unique and custom-fitted dress was her driving motivation. She considers the resources, time and skill put into making the dress well worth it.

Senior Jessica Liang was able to find a free prom dress through the Princess Project. Although she found it difficult to find a dress she liked, she believes that the effort was worth not having to spend money on a dress she would only wear for one night. “My sister did [the princess project] in past years and she said there was a lot of good stuff, so I decided to do it,” Liang said. She found that the process of signing up online was easy, and the staff at the various locations were helpful. When asked about her personal philosophy about spending hundreds of dollars on a dress, Liang felt that she couldn’t justify spending that much money on one night and a dress she would only wear once, so a program like the Princess Project seemed perfect for her. “I was satisfied. I had a certain vision of a dress I wanted and I didn’t get that, but the one I got was still pretty good,” said Liang.

Despite Liang’s satisfaction with her decision, she acknowledges that there is some stigma around receiving a free dress. “I feel like if you can’t afford a dress the stigma is that [the dress is] like a hand me down or that it doesn’t look as good,” Liang said. Despite the stigma, numerous Princess Project participants and others have disproven this stigma with their satisfaction and contentedness with their free dresses.

That said, not everyone has the skills to make their dream dress or is lucky enough to find a free dress. Senior Jocelyn Tran considered trying the Princess Project, but after hearing from a friend that it was difficult to find a well-fitting dress, she decided to purchase her dress from a local boutique instead. She ended up spending $380 dollars on it and approximately $500 dollars for her entire outfit, and she had no regrets about her decision. According to Tran, it was love at first sight when she saw her dream dress on her first shopping stop. After setting her heart on that dress, she eliminated other options she had considered in the process. “I wanted to look good,” she said. “Cause I only have one prom!”

In the end, Chan, Liang and Tran all believe that their dresses did not dictate their experience at prom. “In my opinion, it didn’t really matter [how much you spend,]” Liang said. “Prom was just one day; everyone’s wearing dresses and you can’t really tell whether or not they bought it…We were just there to have fun.”