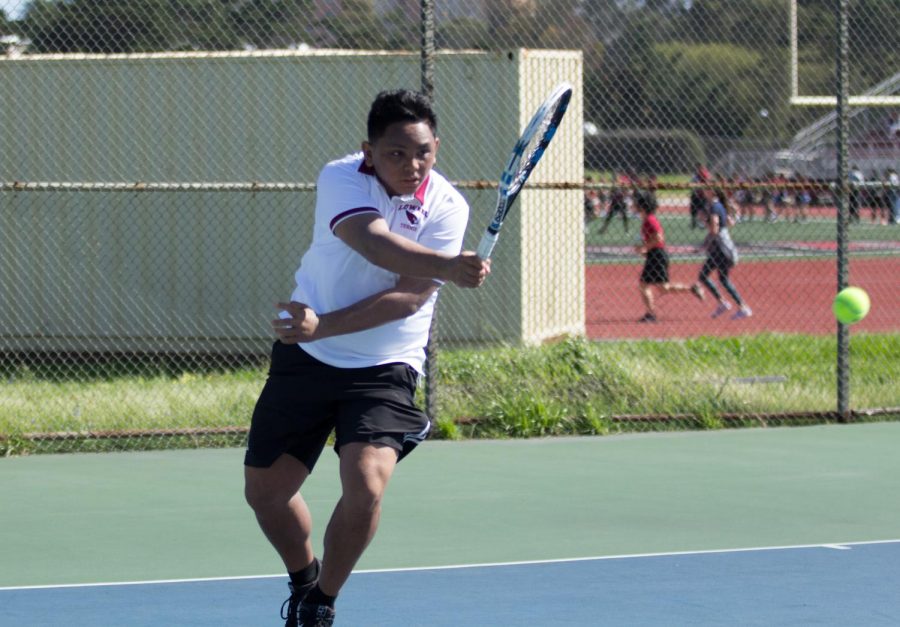 After beating the Wallenberg Bulldogs 7-0 at home on April 10, varsity boys tennis successfully maintains its spotless record of the season.

The varsity boys tennis team conquered the Wallenberg Bulldogs 6-1 on April 10 at Lowell. This is their seventh consecutive win of the season. They are currently ranked first in the Academic Athletic Association (AAA/ CIFSF).

The doubles division also faced a forfeit, but junior James Olson and freshman Arlo Novicoff won 6-0 and 3-0 due to a withdrawal from their opponents. Persisting through the longest match of the day, sophomore Alexander Liu and freshman Jonathan Fu won their match 6-2 and 6-3 with full tenacity.

Sophomore Jacob Beltran, the only player to face a loss in this game, feels he could have done better. According to Beltran, “focusing more and getting myself into the game [and] calming down” would have improved his performance.

Unfortunately for the Cardinals, many games in this season have been rained out. Beltran says it’s a lot more than last year and he thinks that it may be affecting the teams overall performance. “Compared to last season, it feels weird, I think it [the rain] is getting our game off,” he said. Senior co-captain Eli Ganz, however, takes a more positive outlook on the weather. “Although for us it’s kind of disappointing to get rained out,” Ganz said, “we’re in a drought and we need that water.”