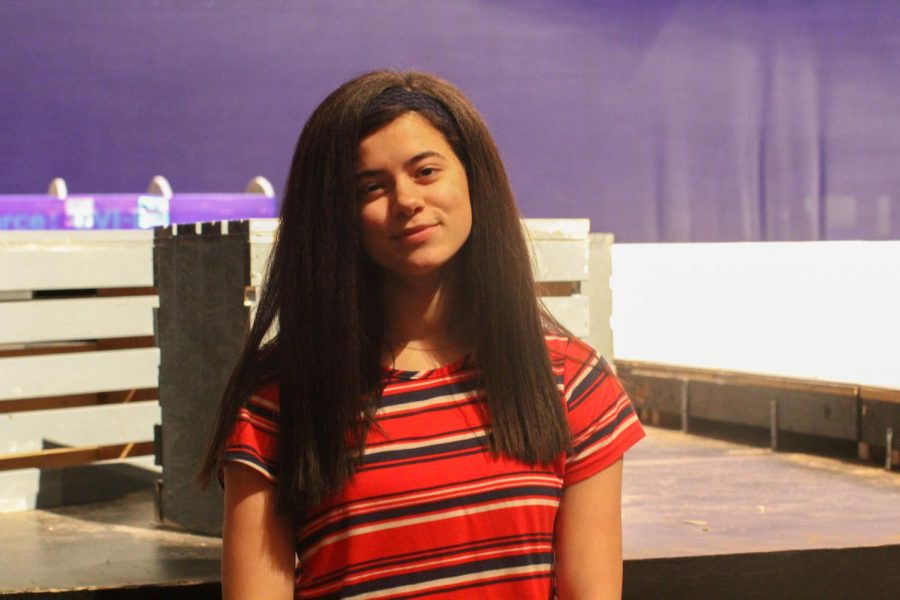 Emily Ferguson, a bird seller in the upcoming Spring Musical

Senior Emily Ferguson is a bird seller in Lowell Theater’s upcoming production of Sweeney Todd: The Demon Barber of Fleet Street.  In a few short words, Ferguson describes the musical as very emotional, violent, and exciting.

Ferguson first became intrigued by theater when she transferred into Lowell last year, her newfound friends from her choir class would inspire her to audition and act in last year’s Spring Musical: Seussical.  “I feel nervous but excited at the same time.” Ferguson said.  “There’s this pressure on me to do things well but also it’s kind of invigorating just being there and everyone’s seeing you, even if it’s only for a minute.” Ferguson’s love for musical theater and the close ties she made with the rest of the Seussical cast pushed Ferguson to audition for a part in this year’s upcoming musical. Her personal goal for this musical is to eliminate her stagefright. Despite her fear and the shakiness she gets in her hands when she approaches the stage, Ferguson loves the feeling of being on stage.

In Ferguson’s free time, she plays the piano, reads, and participates in a volunteer choir outside of Lowell. Some fun facts about Emily is that she can touch her nose to her tongue and she has a birthmark in one of her eyes. If she could perform another work for Lowell, Ferguson would perform the Sound of Music or Anastasia.