Filling the gap: Alumna shares the experience of a gap year in India 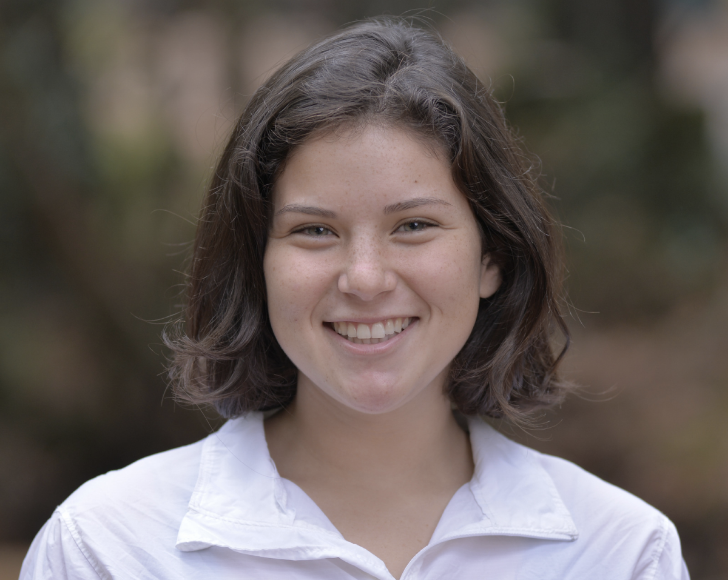 “After my eight months had finished, I was so overwhelmed with a bittersweet kind of emotion. I was so grateful and so happy with the experience that I had,” Lowell’s Class of 2015 alumna Alana Poole said as she reflected back on the gap year she took in India before she started college. She is now a senior studying at the University of Tsukuba in Japan, and now would like to tell high school seniors about the experiences, benefits and rewards that can be gained from a gap year.

A gap year is a year-long break taken by students between high school and college in order to gain work experience or travel. Despite the growing number of students taking time off before college, many Lowell students have still never heard of gap years. Even fewer have seriously considered the possibility of taking one after graduation.

The term “gap year” is also often clouded by confusion. Some believe a break between high school and college can be considered a gap year only if you have committed to a college and asked the college to defer your acceptance, while others consider a gap year to be a break after high school taken with the intent to go to college afterwards, even if the student has no concrete plan. Overall, the terms “year off” and “gap year” are used interchangeably by most people.

Terminology aside, the idea of taking a break between high school and college can be confusing. Students who do not gain acceptance to the college of their choice or do not want to go through the application process in their senior year have the choice of applying during their gap year. Alternatively, students who want to be certain of what college they will attend before they decide to take a gap year may decide to apply to college in their senior year and defer enrollment at their selected college. Many schools allow accepted students to defer a year and retain their acceptances, and some universities, including Duke University, University of Chicago, Princeton University and Harvard University even partner with gap year programs and encourage accepted students to take a gap year before enrolling.

During her senior year at Lowell, Poole felt burnt out and less than excited about the prospect of starting college. She had lost sight of her passions and aspirations. While considering college options, she began to search for alternatives to starting college right away. During her search, she remembered the experience she had during the summer after her junior year, when she studied abroad for three weeks through a program called Global Glimpse. The memory of this experience inspired her to take a gap year, an opportunity that immediately enthralled her.

Poole was much more excited about the prospect of taking a gap year than she was about receiving her college acceptance letters. She felt that after living in Lowell’s hectic environment for four years, a gap year would give her time to recover and restart the process of finding herself. “It was kind of weird at first, like after Lowell you’re used to being so busy and on the go,” she said. “I never really had time to sit down and pause and be mindful about the life I was leading. I felt like I was always kind of running on a treadmill.” During her senior year, convinced that a gap year would remind herself of her passions, Poole decided to work with Teach for India for eight months through a program called Global Citizen Year.

Through Teach for India, Poole realized her own passions by teaching children math and English. “I remember one of the days I had a really big breakthrough moment with my three math students who were in lower-order math. This one boy came up to class and said to me: ‘I want to stay after school and work with you more.’ It just felt like that was the turning point with them,” she said. This experience, and many more like it, reaffirmed Poole’s passion for teaching and education. She also attests to the many professional development opportunities Global Citizen Year opened for her through the organization’s many connections, which furthered her plans regarding her professional career.  “They’re very strong on the alumni network that they have, and I’ve done multiple internships for them,” Poole said. “I’ve had a lot of really good experiences with them in expanding my professional knowledge.”

Addressing parents’ and students’ fears of being sidetracked, Poole believes her reaffirmation of her passions and newfound motivations will be a similar experience for other students. Studies and research have shown significant students’ admittance to school following a gap year. Undermining common fears, 90 percent of students who take time off after high school will go to college within one year, according to The Wall Street Journal. While she was abroad, Poole was never worried about being distracted from her college plans. In fact, after her experience in India, she felt more motivated to continue her studies, a direct contrast to the concerns about losing motivation or becoming distracted after taking a gap year that some students and parents have. Poole also found that her eight months abroad provided her with a respite from Lowell’s hectic and sometimes unhealthy environment. “After I had time to [get away from Lowell] and experience life for what it is in the moment, I became more mindful of the person that I want to be and more mindful of the way I consume my days. It gave me time to figure out more about myself that I probably wouldn’t have otherwise,” Poole said.

Revitalized and inspired by her gap year, Poole realized how lucky she was to even have the option of pursuing a college education. “The minute I heard about Global Citizen Year, I was just like, ‘This is right for me,’” Poole said. Even if the prospect of taking a gap year isn’t immediately exciting, Poole encourages students to consider the opportunities a gap year could provide, whether it’s to work, volunteer, travel or do something entirely different. “I just wouldn’t want people to think about a gap year as a year of loss or as a waste of time,” Poole said. “I think that it has the opportunity to give you a year to get on that step to finding yourself and understanding more of what is going on around you. It has its own value, and I don’t think [gap years are] a year of loss at all.”