JV boys basketball shoots out the Lions 59-48 at home 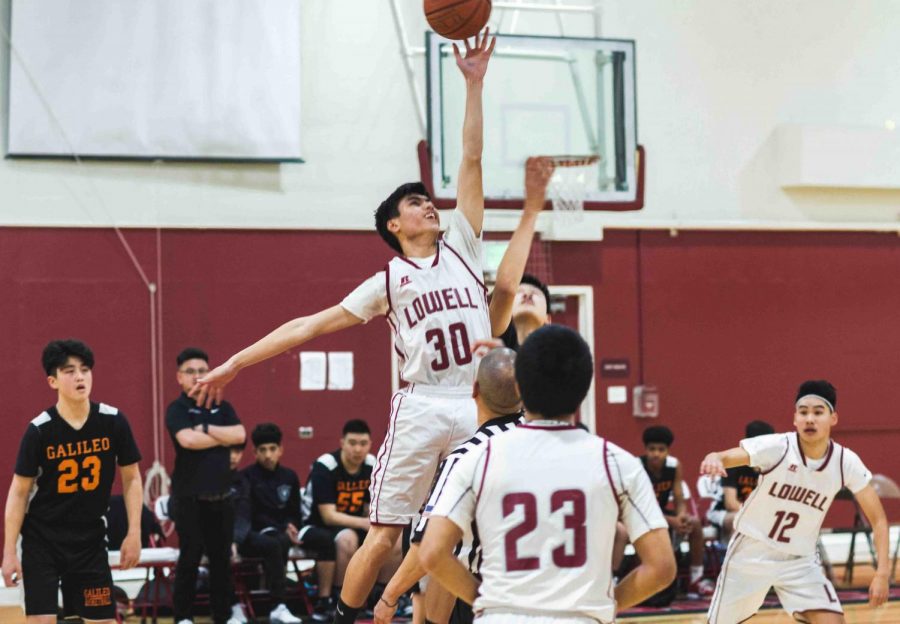 Sophomore forward Jeremiah Hizon jumps up and gets the ball in the tip off against the Galileo Lions at home on Jan. 31.

The JV boys basketball team defeated the Galileo Lions 59-48 on Jan. 31 at home. Having won five of their league games and lost two, the Cardinals are currently ranked third in the AAA/CIF San Francisco section. They have dropped one place in the standings since their game on Jan. 29 against the Mission Bears.

The Cardinals gained a solid lead in the first half, leaving the score at 31-20 by the end of the half. According to head coach Curtis Chan, the team has needed to work on improving starting the game strongly. “They need to be better starters,” Chan said, after their game on Jan. 14 against the Burton Pumas. Maintaining their dominance on the court since early in the game on Jan. 31, the Cardinals showed their progress.

The second half started off with the team focusing on passing the ball between different players to keep it away from the Lions. Using this strategy, the Cardinals made multiple shots, setting the score at 49-29. With 18 seconds left in the second half, the Cardinals scored another four points, including a pair of free throws each from sophomore guard Tully Chan and freshman guard Noa Abuan Andaya. The game ended with the Cardinals winning 59-48.